Let’s start with the basics.

What is a felony? And who is a Felon?

A felony is traditionally considered a crime of great severity. It is a crime which is punishable by death or imprisonment in the federal prison for more than one year. The exact punishment depends on the state, in most cases.

Unlike a person who is an ex-convict or ex-criminal which creates a possibility that the person might have changed over time after the crime has been committed, the term, “ex-felon” is rarely used. This is simply because being termed a felon seems to have no time limit. Most of the time, the felony lives with the person throughout his lifetime. 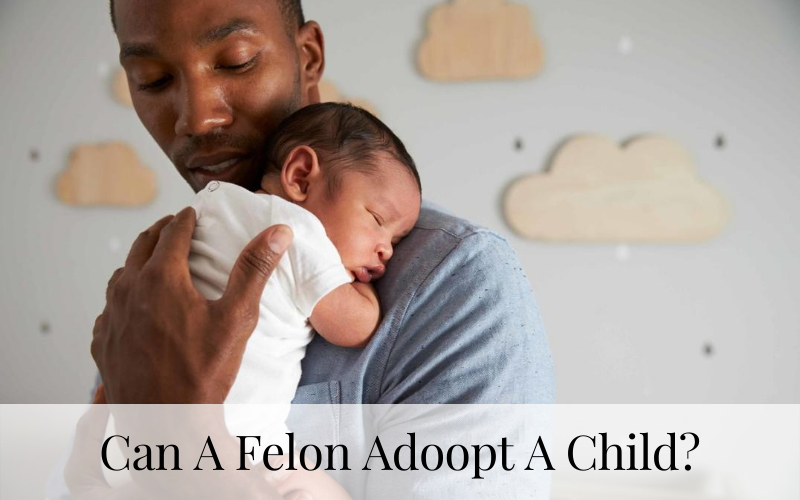 Unfortunately, that means that a felon is followed by his or her crimes throughout his or her entire life. That record never goes away and it can affect all kinds of privileges that a person might have formerly had.

Furthermore, when convicted of a felony in the United States, there can be long-term issues even after the jail sentence has been served.

Why Do People Adopt A Child?

Having a child happens to be a very important milestone for couples. Among married women, infertility is the main factor causing a couple to want to adopt.

Infertility is a reproductive disorder that can affect both men and women. It has no predilection for national, ethnic, racial, and religious background.

Infertility is the inability to attain a successful pregnancy after at least 12 months of unprotected intercourse or therapeutic insemination. It is a global problem affecting between 50 million and 80 million people. This translates into 8% to 12% of couples worldwide, a staggeringly high number.

Child adoption started as a way to preserve family lineage, secure inheritance, and forge alliances. It has progressively evolved into a process for meeting the needs of adults who need children of their own. Child adoption provides an alternative for married women to have children.

Adoption can often seem like an impossible process to many people who are on the outside looking in. In full disclosure, while it is not as unachievable as it may seem, the process is quite overwhelming and complex.

When you are preparing to adopt a child, there are mounds of paperwork, legal systems, and qualifications to navigate.

There are times in the process where anyone might feel like giving up – even the most highly qualified parent. This is due to stress the adoption process can bring. Understandably, some might see the adoption process as one taken on only by those with seemingly perfect circumstances.

There are many qualifications that each prospective adoptive parent will have to meet to be eligible to adopt. The sole aim why all of this is done is to keep children safe. Additionally, this is done by adoption agencies to make sure that children are going into homes that they will be more likely to thrive.

Not all of these qualifications have to do with safety. Many of them deal with the quality of life which children will have once they enter their forever home. Most of the qualifications are not anything that is difficult to meet.

However, there may be some qualifications that the public is unaware of that they need to meet. These qualifications come ahead of them being an adoptive parent. Some qualifications will have to do with things that are out of a person’s control or other circumstances that cannot be changed.

Qualifications to adopt a child will vary from state-to-state and from country to country.

There are many common factors that each state or country will follow generally when deciding who can adopt a child. Many of these factors will have to do with a person’s lifestyle, physical, and mental health, and criminal past.

Not every issue in each of these above listed categories will disqualify someone from adopting a child.

However, the home study process is done so that these issues can be addressed. There can also be an assurance that these factors will not affect a person’s ability to care for a child.

The Answer To The Big Question: Can a Felon Adopt a Child? 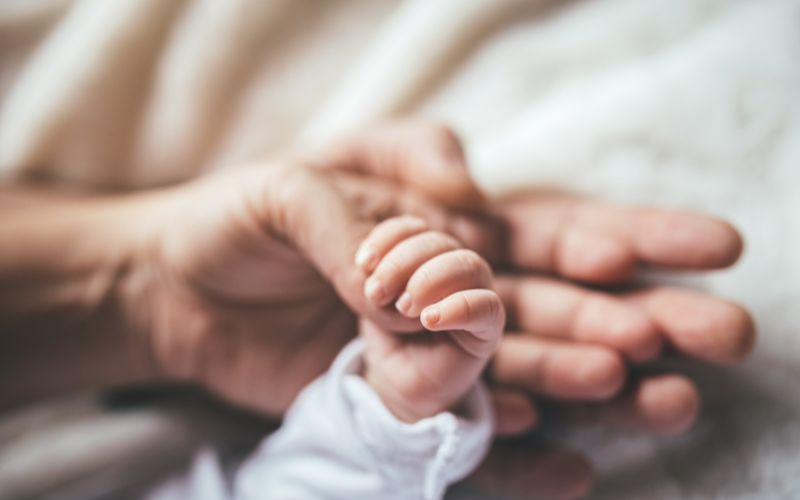 Having known who a felon is and what adoption means, here comes the answer to the big question. The big question hanging around us is: “Can a felon adopt a child?”

Read on. You are about to learn all about it.

Many people wonder if having a criminal record makes you unable to meet the qualifications for adoption.

When you are convicted of a felony, it doesn’t necessarily mean you cannot adopt.

If you are a felon and wish to adopt a child, you have to contact your home study social worker. He/she will speak with you about the felony, when and why it happened, what you learned from that event. Ultimately, your ability to adopt a child will depend on what kind of felony you had, how you grew from the experience, and what longterm effects the commission of the felony has had on you.

Also, he/she will speak with you on how you’ve taken positive bold steps to fix any past errors.

Of course, there are some details to pay attention to. For example, if you have a conviction for offenses against children or sexual offenses then you will not be able to adopt. Nonetheless, except for these specified offenses, a criminal record will not necessarily rule you out. The key is to be totally honest in your application for child adoption.

Agencies will consider the type of offense, when it was committed, the extent to which it affects being a parent. Not neglecting whether it was revealed at the time of application and how you have reflected on your past actions.

Checks are taken up through the Disclosure and Barring Service, local authorities and other agencies. Agencies will discuss with you any convictions that are recorded against you.

In the case where the felon has refused to change in a positive way, adopting a child might be an almost impossible event.

A felon being able to adopt or not depends heavily on how better he/she has become after the conviction.

Why does this matter?

There are many qualifications that every intending adoptive parent will have to meet to be eligible to adopt.

This is all done to keep children safe. Again, to make sure that children are going into homes that they will be more likely to thrive.

Not all of these qualifications have to do with safety of the child. Many of them deal with the quality of life which children will have once they enter their forever home. Most of the qualifications are not anything that is difficult to meet.

However, there may be some qualifications that the public is unaware of or that many people would need to work to meet.

They need to work to meet these qualifications before they are able to be an adoptive parent. Some qualifications will have to do with things that are out of a person’s control or other circumstances that cannot be changed.

Due to the stigma of being a felon, a needs to love and be loved.

Having his or her own children around her is one on the ways to achieve that. That is why it’s advisable that felons should adopt a child if they can’t bear one.

But before that, encourage them to be a better person. The chances of a successful adoption hangs on the shoulders of this.

The families of felons should stand by and with felons in this challenging time. It sure won’t be an easy road to tread but trust us, it’s worth it. There is nothing more life-affirming than being able to raise a child!