Law enforcement jobs are considered highly exciting. Going after the bad guys and protecting the innocent can seem very appealing to certain personalities.

However, when you are convicted of a felony, such careers can seem out of reach. Some close alternatives can offer similar stimulation and satisfaction.

This can include working in the prison service or as a fugitive recovery agent. Sending a felon to catch a felon can seem somewhat odd.

However, their experience in such matters may make them well suited to the job. But this leads to many people asking the question: can a felon become a fugitive recovery agent? 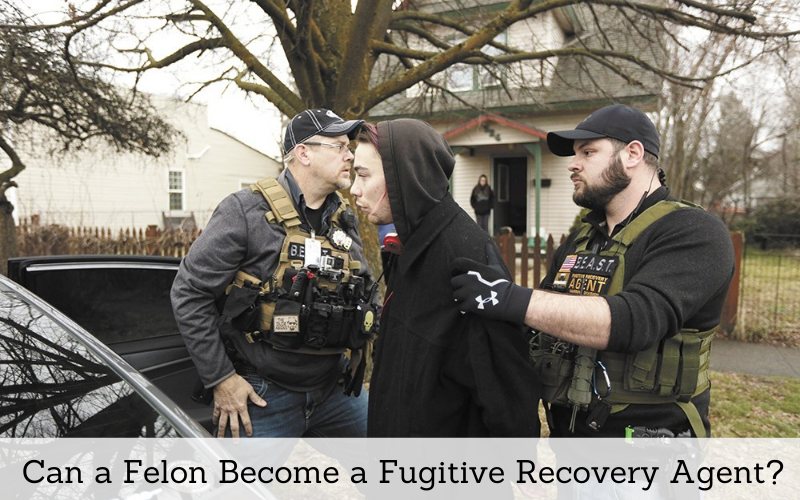 Fugitive recovery agents are also referred to as bounty hunters or fugitive apprehension agents. You may have seen reality TV shows and movies that give a good idea of what they do.

For the most part, they work on tracking down and apprehending fugitives. These are fugitives that have skipped out on bail and did not appear in court as required.

By capturing and turning in these fugitives, the bail bond companies can get back their money. the bounty hunter then gets a commission as his reward. This can be anywhere between 10-20% of the bail amount.

This work is legal in the U.S. but may require a license in some states. It is a vital aspect of the bail bond system.

It is however prohibited in the states of Illinois, Kentucky, Oregon, and Wisconsin. This is because these states ban private bail bonds.

Thanks to the many people that run away after posting bail, there is strong demand for this service. It is however a dangerous business. Many that try to escape are those charged with serious offenses like dealing drugs, murder, rape, and robbery.

Let’s look at some of the benefits of working as a fugitive apprehension agent.

Why Become a Fugitive Recovery Agent? 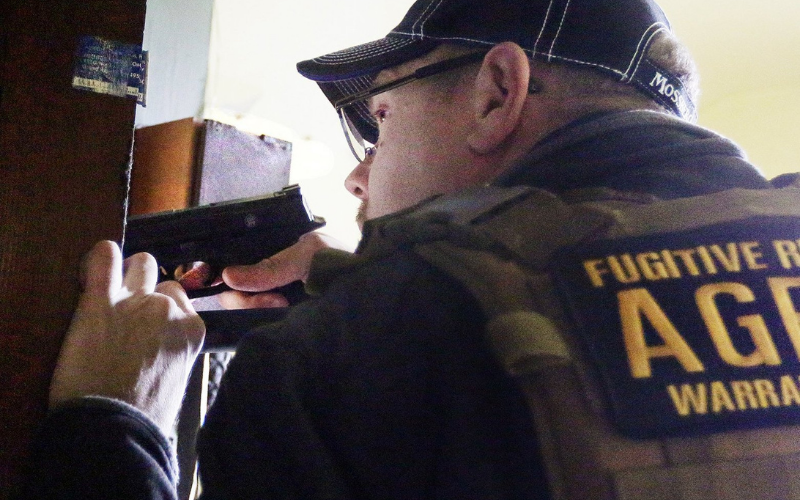 As said, this job is similar to working as a police officer. It involves appending suspects that are escaping justice. It can be a very exciting job with some level of danger involved.

For certain people, this exhilaration is well worth it. Despite the risks, having the necessary skills, and being resourceful, can lead to a rewarding career.

Most operate independently. They contract with bail bond agents to identify targets to apprehend and bring in. The bondsmen then guarantee a certain fee as a reward.

Working for yourself can be quite lucrative and liberating. For someone that has been in prison, this can be quite an enjoyable and freeing experience.

This job also calls for someone with good planning and investigation skills. Gathering information from the internet, scouring databases, and interviewing people is all part of it.

Depending on the state, there may also be certain rules to abide by. In some cases, you may have more or fewer liberties than even the police. It pays to familiarize yourself with these rules to make a success of this work.

Despite the risks, the exciting nature of the job and sometimes high rewards do make it appealing. So what is needed to become a fugitive apprehension agent? 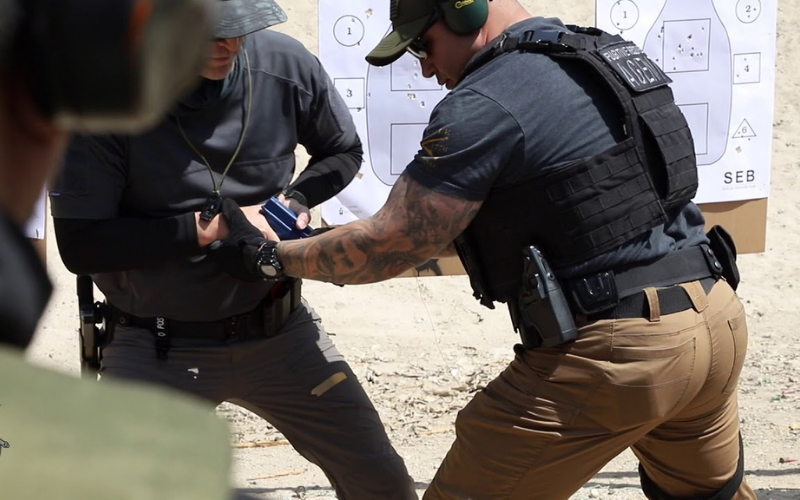 In some ways, bounty hunting aids law enforcement. It also enforces the conditions of the bail bond system.

To track and apprehend these people, a fugitive recovery agent must be in good physical shape. It is not uncommon for these situations to turn physically violent.

A fugitive recovery agent must therefore be able to handle this challenge with some combat training. The goal is to subdue and apprehend, not injure.

Those with a background in the military or police can easily adapt to this career. If you have no such background, you may need to seek certain training.

You will need to master the basics of investigation and tracing. If not trained in some form of combat, you will also need to seek this out.

While you may not need any basic academic requirements, it is advisable to possess a driver’s license. And a vehicle you can use for work. This will make it easier to follow up on leads and bring in a fugitive when you track them down.

Different states have different requirements. Some require that bounty hunters have a license. Therefore, you will need to study to acquire the necessary certification.

Some states do outrightly refuse felons from working as bounty hunters. This includes Louisiana and Tennessee. Others do not permit bounty hunters to work independently. They must work as part of a bail bonds agent employ.

You will also likely need to make use of a firearm. This means you will need to have gun rights. This can prove a complication for a felon as the right to bear arms is lost upon conviction.

With all these requirements, does a felon qualify?

Can A Felon Become a Fugitive Apprehension Agent? 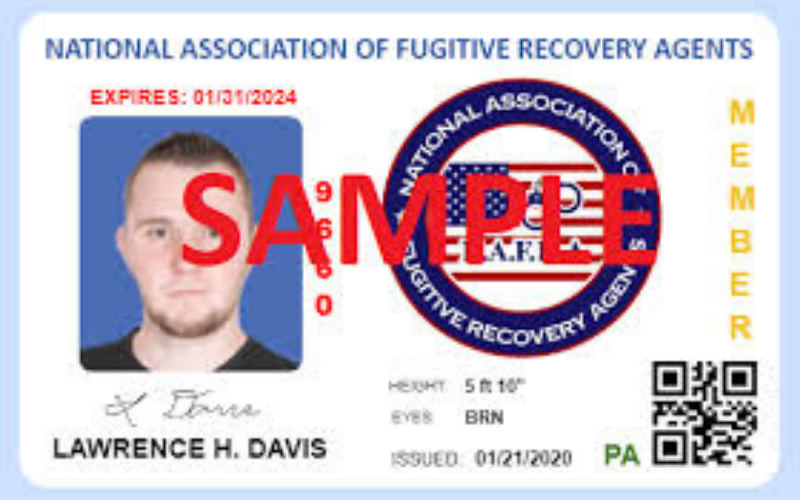 In states where certification is required, background checks are part of the evaluation. However, often this is judged on a case-to-case basis. In many instances, non-violent offenses may not disqualify someone.

Those with a history of violent offenses are unlikely to be licensed. Placing them in violent situations is likely to cause them to re-offend.

The National Association of Fugitive Recovery Agents (NAFRA) is a good place to start. They offer programs that can lead to certification. They can also clarify which states allow felons to join and how.

Some states will specify what training is required to acquire a license. For instance, in New York, one must have three years’ experience in law enforcement.

It is also advisable to take up additional training in criminal justice. Understanding the law can help make your work easier. It also helps to understand how your role differs from that of other law enforcement.

If you are a felon and find that there are issues that prevent you from joining, do not despair. Many other careers are welcoming to those in need of a second chance.

While it is good to pursue your dreams, do not permit them to hamper your life. Make a trial of it and if you fail, move on to other options.

If you do have a felony record, it could be best to seek an expungement. Expunging your records can help to make seem less of a risk. You have a better chance if the offense was non-violent.

Licensing bodies are concerned about having violent people in violent situations. This is a recipe for disaster. Hence the reduced likelihood of someone with a violent conviction.

Other states will not care if the offense is violent or non-violent. They may even consider misdemeanor convictions. Check with the state licensing body to figure out if you have a chance.

Another concern is the ability to carry weapons. Expungement or pardons can also make it easier to have gun rights restored. While not mandatory, having a weapon at your disposal will be helpful in this job.

Even if state law allows you to possess a gun, it is risky if in contravention of federal law. Sorting out this legal aspect will help avoid problems in the future.

Before you commit further to this career, be sure to resolve these two key issues. Gun rights and licensing. If either or both fail, then you may want to consider another career choice.