The justice system is one that felons have had to become deeply entangled with. Dealing with the police, lawyers, and judges has given many an insider’s view. It has also inspired many to ask: Can a felon become a lawyer?

The answer to this is yes. Surprisingly, the majority of states do allow felons to become lawyers. But it is not easily accomplished. A five-year lapse may be required before you make a try for it.

Texas, Mississippi, Kansas, and the Northern Mariana Islands do not, however, allow for this. If you live here and wish to become a lawyer, consider moving elsewhere.

It is good news for ambitious felons. It means that even having made a bad mistake, you can redeem yourself.

Do however note that it will not all be smooth sailing. Just as with any other occupation, felons tend to have more hurdles to overcome.

Where Lies the Challenge?

Moral character assessments are part and parcel of passing the bar. You will need to give a detailed history of yourself. That will include details on any unlawful behavior.

Remember that you will need to be totally honest about your history. Any failure to disguise your past criminal activity and you may be disqualified. This is the legal fraternity, so background checks are a must.

Felonies are by definition the worst classification of crimes. Luckily, many jurisdictions are forgiving and will still consider a candidate with such conviction.

With a criminal past, you need to be prepared for further inquiry. And having to prove why you are worthy of joining the profession.

Providing full disclosure may seem daunting. However, the potential rewards are enough for many to take a shot.

Let’s look at how you can start on this journey.

Guidelines for Becoming a Lawyer

The traditional route to becoming a lawyer involves first earning a four-year bachelor’s degree. In your senior year of undergraduate study, you can apply to law schools. They will typically select candidates based on GPA and the Law School Admissions Test (LSAT) results.

The LSAT is a requirement for any law school approved by the American Bar Association (ABA). If you pass and are enrolled, you can work towards earning your Juris Doctor (JD).

Depending on the jurisdiction, you may be required to complete a year of internship at a law office. 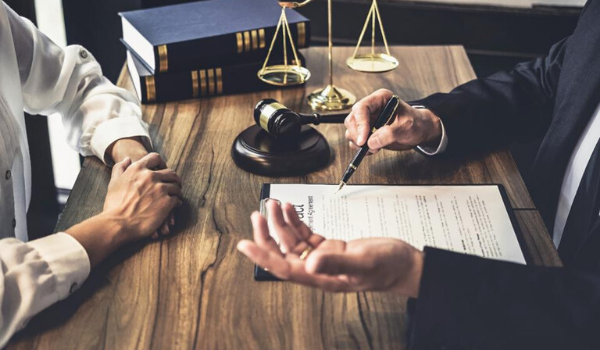 It is referred to as the Multistate Professional Responsibility Examination (MPRE). It tests a candidate’s understanding of established standards of professional conduct for lawyers. This exam is not required if you are in Wisconsin, Washington, or Maryland.

Again, depending on the jurisdiction, you may also be required to complete a moral fitness test, before or after the State Bar Exam.

During your application to join the bar you will be asked for certain details. This includes place of residence, work history, and criminal convictions. Full disclosure is mandatory and will testify to your integrity.

If there is cause for concern, you will be called before a committee. This personal interview will probe the nature and seriousness of your conviction. It will be for you to make a case as to why you can be trusted.

If you manage to convince the committee that you are reformed, then you can be licensed.

Understand that offenses that feature dishonesty are viewed poorly. A felon convicted for tax fraud will have it tougher than one convicted for marijuana possession.

So what felons have actually managed to make it through this process?

Despite having earned an athletic scholarship to Colorado State, money problems pushed Floyd into crime. He was enticed into carrying out acts of financial fraud. Floyd was charged with multiple violations under the state’s Organized Crime Act.

He served 8 months at a work release center and several years on probation. He was also required to pay restitution of $125,000, the money defrauded.

Floyd managed to earn his liberal arts degree by the time he was convicted. After completing his sentence, it took several more years to get into law school. He was enrolled in the University of Oregon School of Law.

He enjoyed much success and accolades during his law school years and internships. Before he could, however, sit the bar exam, he was called up for a character and fitness review. This was from the Washington State Bar Association (WSBA).

Thanks to support from a prominent Seattle lawyer, he was permitted to sit the exam. His results would be withheld pending the outcome of the review process.

Several testimonials and his efforts to reform gave him good standing. The committee unanimously recommended him and he was admitted to the bar.

A famed American poet and graduate of Yale Law School, Betts is a felon. At the age of sixteen, he participated in a carjacking. He was apprehended, convicted and served nine years.

During his incarceration, he completed high school and began writing poetry. Upon his release, he earned a BA, MFA, and became a Radcliffe fellow at Harvard. He later earned his law degree and passed the Connecticut bar exam.

It took another year for him to eventually be admitted. This was after an initial rejection by the bar’s examining committee. It took a New York Times feature on his plight to get the committee to reconsider.

These two men are a good example of how strong effort can be rewarded. So let’s look at what exactly is involved in taking the bar exam.

The MPRE is a part of the bar exam. Thereafter comes the state bar exam. You should only apply to sit this exam in the jurisdiction you intend to practice.

In most states, the whole exam takes about 18 hours and will be administered over a period of 2-3 days. The Multistate Bar Exam (MBE) is a component that accounts for about 50% of the score. It is a 200 multiple-choice test.

Overall, there will be a combination of multiple-choice and essay type questions. The focus will be to gauge candidates’ knowledge and understanding of the law. They will also be tested on their capacity to logically apply it.

The moral character and fitness test begins from when you fill the attorney application to join the bar. Different states will ask for different types of information. Some of the most common details requested are:

In California, there is a separate moral character application completed after the bar exam. However, the screening process begins even before the bar exam.

All this will be reviewed alongside your law school application. They will be scrutinized for any discrepancies. This may call your integrity into question so consistency is vital.

Once you successfully pass all these stages, you will be recommended for a license. This will be issued by the supreme court of the state or its equivalent.

Now you know that a legal profession is within reach. But why should you pursue it?

Benefits of Becoming a Lawyer

For anyone who has been through the courts and it is obvious that lawyers are a special pedigree. Many make good money. This is especially obvious with those that are hired privately rather than work as public defenders.

There is much leeway in how lawyers charge for their services. Whether it is a flat fee or on a contingency basis, there is good potential to earn well.

Lawyers that work for themselves have better control over their schedules. They work with the courts to schedule hearings. They also get to control their workload.

There is the freedom to pick and choose their cases. This is unlike public defenders who are piled upon. They often end up exhausted and compromise their quality of work to reduce the workload.

Felons that manage to become lawyers can often easily find clients. Those with long incarcerations will likely have established many contacts. These can often be turned into a client list. 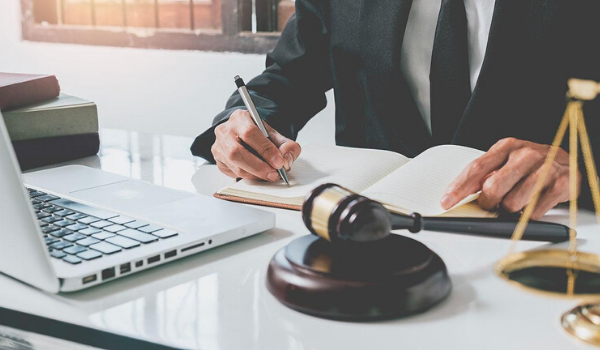 Besides other felons they have had direct contact with, there are referrals. If you do a good job, your contact will be shared and the clients will keep coming.

The legal profession is a highly esteemed one. Moreover, there is deference given to lawyers by law enforcement and often cordial relations within the fraternity. Becoming a part of this can make for a positive change in life.

Taking up a public office or other leadership positions in the community becomes a real possibility. Whatever your ambitions, becoming a lawyer can do a lot to redeem your image.

For felons that go this route, there is also a better understanding of the law. You become better qualified to defend your rights and avoid getting in trouble. You also become better able to represent others in trouble.

What states can you be a lawyer with a felony?

As mentioned, not all states respond positively to the question: Can a felon be a lawyer. Texas, Mississippi, Kansas, and the Northern Mariana Islands are known for rejecting this proposition.

Can you be a lawyer if you have a criminal record?

Yes. It will be difficult but it is possible to achieve. There are three main hurdles to overcome. These are admission to a law school, passing the bar, and the moral character fitness test.

You also have to consider if you are up to the academic challenge. In reality, law is an intellectually intense profession that not everyone has the aptitude for.

Do law schools do background checks?

Yes, many carry out extensive background checks, even delving into juvenile convictions. You are required to provide accurate and complete information when applying for the LSAT. They may carry out their investigation before or after admission.

If an omission or misrepresentation is discovered, your admission can be revoked. That may mean losing all or part of your tuition money and time. If you pass the bar and get a license, you can still lose it all if the truth emerges.

For this reason, honesty is the best policy. Can you become a lawyer with a record? Yes, but you need to be completely truthful and put in the work.

What undergraduate degree should I do to get into law school?

A four-year undergraduate degree is necessary before you can join a law school. Luckily it can be in just about anything. Pick whatever interests you and work towards achieving a high GPA.

Will law firms hire me as a lawyer?

In the Cleodis Floyd case, he did initially get a job offer from a prestigious law firm. It was however rescinded, possibly because of the publicity surrounding his criminal past. Certain clientele would probably not be happy about a felon on the payroll.

That said, there is a lot of flexibility in becoming a lawyer. You can join an established firm, or hang up your own shingle.

Becoming a lawyer is hard enough even when you have no criminal record. In fact, many state bar exams see a pass rate of just 40%.

Getting your record expunged may help but you will still need to make full disclosure. Before you get to the point of applying to law school, work on redeeming your image. For instance, engage in social or charitable works and keep out of trouble.

If, however, you have the necessary smarts and are determined to make this your career, go for it. Know that it may be tougher for you, but success is possible.