Prison enforces all manner of limits on a person. Many freedoms we take for granted on the outside are lost here. From where to sleep to deciding when to shower, all is controlled.

When one is released, some freedoms remain lost. Firearm rights amongst these. Felons know they should not ever be seen with a gun.

But does this apply to all types of firearms? And what if the weapon is kept out of sight? Can a felon get a concealed carry permit? 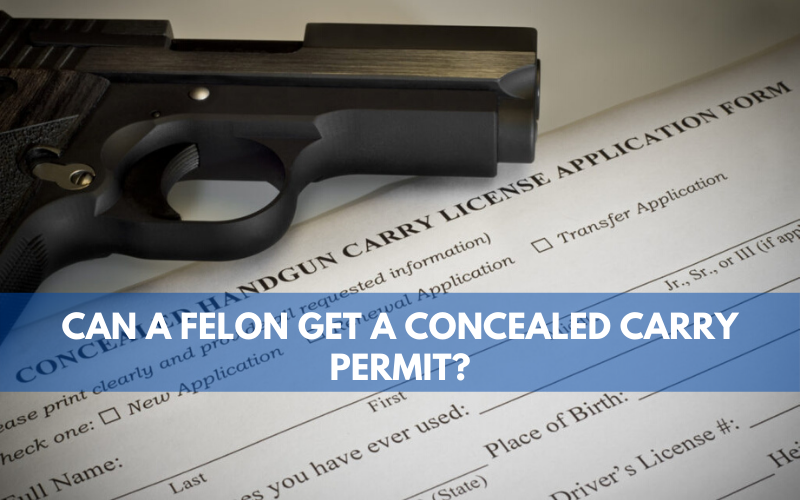 These are all valid questions we will address here. For many felons, the reasons for needing to carry a weapon may vary.

It could be for personal protection, to hunt, or even as a work necessity. Some simply enjoy the habit of target practice and do not want their skills to fade.

Whatever the reason behind it, it can be difficult to restore gun rights. This is partly because the laws on these rights can vary according to state.

Moreover, some felony offenses can be serious enough to permanently prohibit such restoration. But more on this later.

What Is A Concealed Carry Permit?

Concealed carry refers to the behavior of carrying a weapon in public while keeping it hidden out of sight. A concealed carry permit is the license that authorizes this such practice. These permits are issued by some form of state or local authority.

There are no federal-level concealed carry permits.

Every state has its own rules concerning this permit. However, many states that do have such legislation will often make it very tough to obtain. Depending on the jurisdiction, the holders of such permits may or may not need to carry the permit.

How to Get a Concealed Carry Permit? 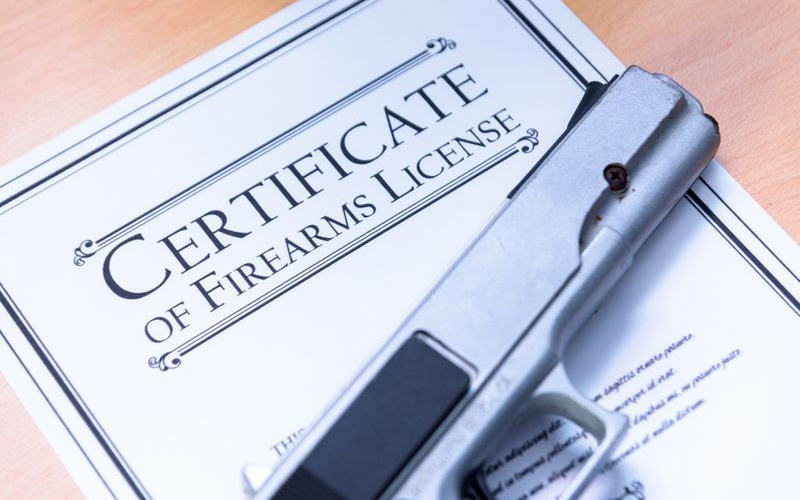 While laws may vary, certain areas are almost universal. To apply, they should ideally:

In addition, those that conceal carry must inform law enforcement officers when met. Depending on regulations, you may also need to present the weapon and permit when demanded.

The issue of criminal past is of concern to felons. To ensure no felons slip through the cracks, a background check is done on applicants.

Same as when buying a gun through federally licensed firearms dealers, NICS is used. This refers to the National Instant Criminal Background Check System (NICS). This was created by the FBI under the Brady Act.

It allows federally licensed firearms dealers to carry out a quick background check before a gun sale.

The only way around this is to have your firearms rights restored. More on this later.

It is vital to note that the definition of a weapon can widely vary according to jurisdiction. Even pepper spray in certain amounts is considered a weapon and may require a permit. 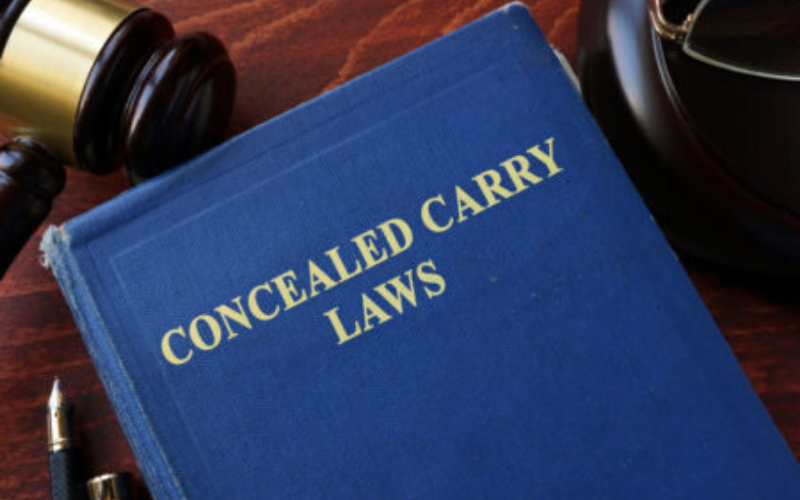 As mentioned, felons are typically excluded from getting concealed carry permits. This is because they are stripped of firearm rights upon conviction. You cannot gain a permit for an object you are banned from having at all.

This is typically permanent for many violent offenses. Many convicted of nonviolent felonies may, however, have their rights restored. This can be after a waiting period of between 5-20 years after release, depending on the state.

Misdemeanor offenders, however, face fewer restrictions. Those that were nonviolent should not suffer any impact on firearm rights. Offenses that were however violent, and led to prison time of over a year may result in restrictions.

Domestic violence offenders are chiefly noted and prohibited from accessing firearms. Other misdemeanors that are prohibited include assault, menacing, and child endangerment.

Because laws vary on this, it is best to research on the particular state and locality you reside in. Or, better yet, consult a lawyer.

Certain states allow for unrestricted or constitutional carry. This means that people may legally carry a handgun openly or concealed. And without the need for a permit.

States, where this is permitted, include:

A felon being able to obtain a concealed carry permit, however, works differently. For most states, the only path to such approval comes through the restoration of gun rights.

However, states differ on this issue. For instance, in Ohio, Montana, and Minnesota, gun rights are reinstated for nonviolent felons after time served. Violent offenders, however, need to petition for restoration.

In California, Nebraska, and Georgia, reinstatement is only possible if a pardon is granted. Meanwhile, in Texas, gun rights are automatically restored five years after release from prison. With all penalties paid, and remaining crime-free.

It is also of note that only when all civil rights are reinstated does the federal government accept this. If only gun rights are restored, it is still a crime to possess a gun under federal law. A felon can end up arrested and charged.

To avoid the problem of this conflict, a felon must attain full restoration of all rights. The best way to achieve this is through a pardon. Pardons are however hard to achieve.

They are typically not granted to violent offenders. They are also often only granted to those with a long gap since their release. Proving rehabilitation, volunteerism, and steady employment also helps.

Should a pardon, however, be granted, then the felon can legally buy a gun and apply for a permit.

So what is required for the restoration of rights?

How to Restore Firearm Rights? 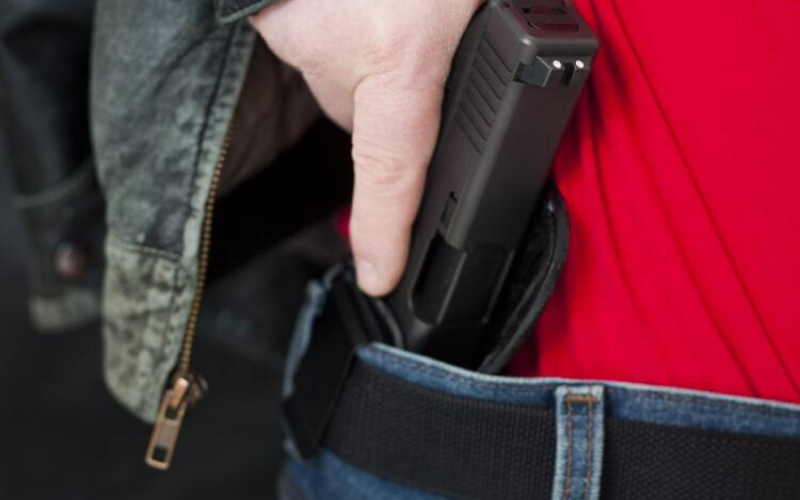 In states where rights are not automatically restored after a set waiting period, seeking restoration may be needed. Or if the felon feels the waiting period is too long.

Restoration of firearm rights should ideally come with full restoration of civil rights. This avoids conflict with federal laws. As said, a pardon is the best way to achieve this.

It will, however, matter if the conviction was in a state or federal court. If state prosecuted, a pardon can be applied for from the governor. This is done through the designated state parole board.

In some states, the board may make the decision independently, or make a recommendation to the governor.

For federal offenses, a pardon can only be obtained from the President. You submit an application through the Department of Justice. They then make a recommendation that the president may or may not choose to follow.

Note that applications for presidential pardons can only come after a five-year waiting period. This is considered enough time for a felon to prove they have been rehabilitated.

Can A Felon Live with A Person with A Concealed Carry Permit?

Living with a person that is not meant to access firearms is a problem. Not so much for the firearm holder, but the felon.

As long as there is a firearm in the home, it can be assumed the felon has access to it. And this can lead to an arrest and charges.

The laws can vary depending on the state. However, in most cases, it is wise to avoid such a scenario.

When the gun holder applies for a permit, the investigation may be expanded. It may include all members of the household.

Do seek legal counsel on this.

For many, weapons offer the ability to defend oneself and enjoy the age-long practice of hunting. They can however also be used to inflict harm on others. The number of injuries and deaths linked to guns is high.

With recidivism rates also being high, authorities do tend to consider felons a risk. When a weapon is involved it can turn a case deadlier.

If still looking to restore your firearm rights and secure a concealed carry permit, refer to your state laws. With legal counsel, you can confirm what needs to be done to recover such rights, if permissible.

If restoration is impossible, you may want to consider alternative weapons. In some states, a felon may possess options such as crossbows, pellet guns, or muzzleloaders. Check on the restrictions placed on these by your state before making a purchase.