Hunting is a popular activity amongst Americans. It is a great way to challenge your shooting skills. It also helps many to affordably put meat on the table.

This activity typically involves using a firearm. For felons, this can get complicated. This is because of the loss of gun rights that comes with conviction.

However, the first step to any hunting excursion is acquiring a license. But can a felon get a hunting license? 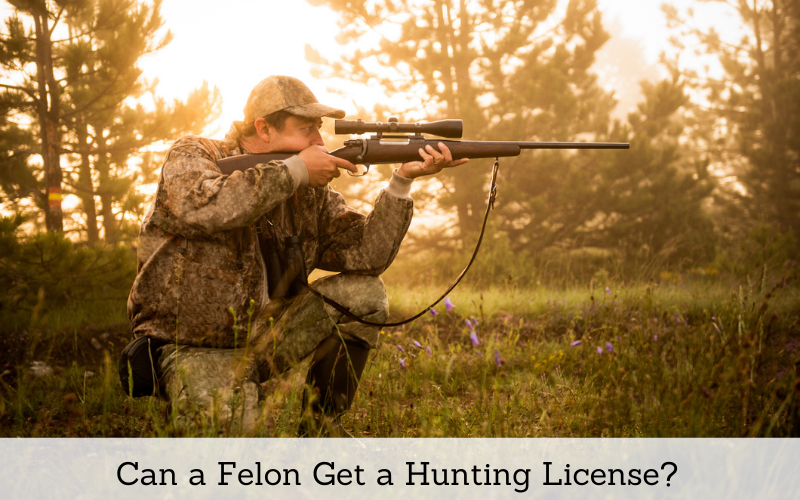 Most states require people to have valid hunting licenses to hunt. And with the license comes requirements to abide by. These can include limitations on the number and type of game to hunt.

Let’s discuss more on this documentation below.

What Is a Hunting License? 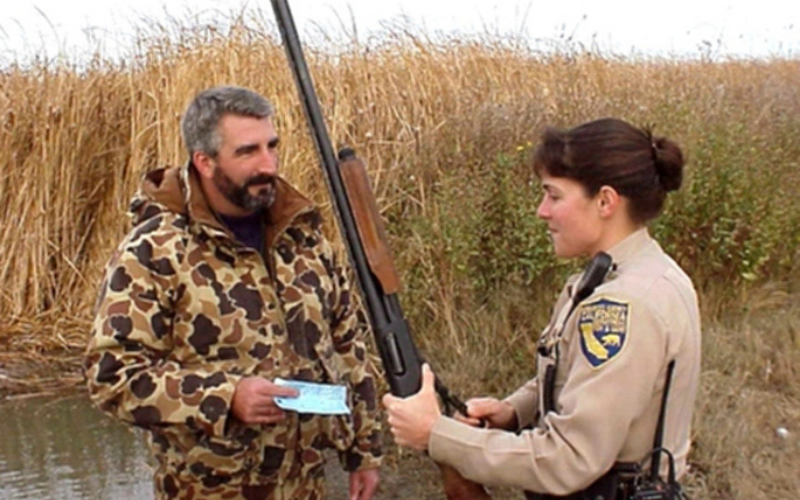 This is a state-issued permit for hunting. It is typically provided in card or certificate form, or both. The hunter is obligated to show it to wildlife officials on request.

While states are typically left to handle most hunting license issues, there are also federal licenses. These are issued by the Fish and Wildlife Service. They are to permit the shooting of migratory ducks.

As said, the license will indicate certain conditions. This can include the type of game allowed, size of catch permitted, and duration. They can also designate the hunting areas and how the animals are to be killed.

Some states may also require hunters to undertake and pass a hunting safety course. When hunting big game, the state may require that the animal be tagged. Tags are sold separately from licenses.

To receive a tag, you may be required to indicate what area you intend to hunt. And the particular type of animal. If the animal numbers are low, the state may use a lottery system to see who gets tags.

Hunting is often allowed to help with animal population control. Certain animals that are placing pressure on the habitat will be permitted as game. Those that are endangered will often be prohibited.

This activity is also a good revenue source for the state as licenses are dispensed at a fee. In some jurisdictions, even underage children can receive licenses. 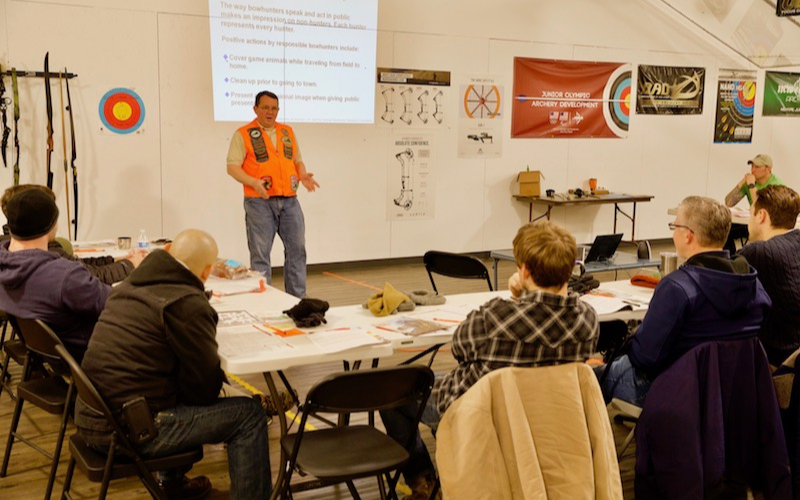 The fees and requirements for hunting licenses may vary according to state. Most states thankfully have websites for their wildlife department. Here you can look up the relevant information.

At least half of the states have Hunter Safety Education Courses that are mandatory. You need to take the course and pass before applying for a license. Some states may require a field day with a Hunter Education Instructor to complete certification for a license.

This means you may need to undertake both a written or online test and a field day evaluation.

Depending on the state, there may also be age limitations on this testing and licensing. Many states do have a limit of 12 years for junior licenses.

The hunter safety training courses are usually only required of first-time hunters. Thereafter, one does not need to repeat the training to get a subsequent hunting license.

This means that as long as you meet the criteria, you can go through hunter safety training. They check that you are of legal age and can pay the required fees.

Wildlife departments also do not appear to run background checks on license applicants. Like the training schools, they seem to just focus on age and payment of fees. Many felons have been found to regularly apply for and acquire hunting licenses.

But this does not mean they can hunt. More so if using a firearm or other lethal weapon.

Can A Felon Get a Hunting License?

Yes. States are responsible for issuing most hunting licenses through their wildlife departments.

They check that the hunter is of legal age and that they have paid the applicable fees.

They do not generally run background checks on the applicants for hunting licenses.

But acquiring a hunting license does not mean they have also acquired a firearms license. If they lack gun rights, then they cannot make legal use of their hunting license. 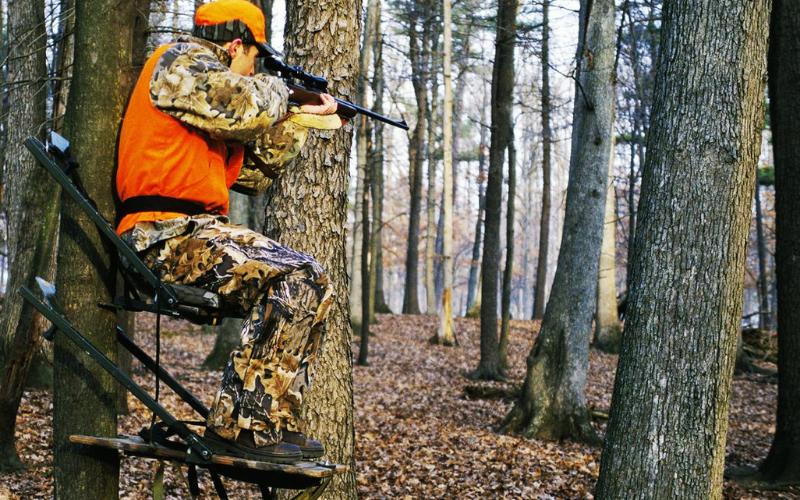 Generally, felons lose gun rights on conviction. This is federal law. However, state laws can vary on this.

Some states allow felons to own and use guns after a certain waiting period after completing sentencing. This applies to states like Texas and Arkansas for specific felonies and types of gun possession.

However, even if it may be legal for a felon to own or possess a gun at state law, that may not be enough. Federal authorities may still prosecute them under the Gun Control Act. This means federal law can trump state law.

Hence making it ill-advised for a felon to own or possess a gun even if they meet state requirements. The only exception to this is in the event of a pardon with the restoration of gun rights. Federal bodies do acknowledge this relief.

But it is advisable to consult a lawyer or research this. This is because some states prohibit certain felons from acquiring hunting licenses. States like Rhode Island provide such information during the application process, including indicating the fines.

Others, like Maine, may include questions on felony convictions in the application form. Lying on such a document may lead to prosecution. So this often acts as a deterrent.

The many variations in law that are sometimes not explicit mean consulting a lawyer is best. 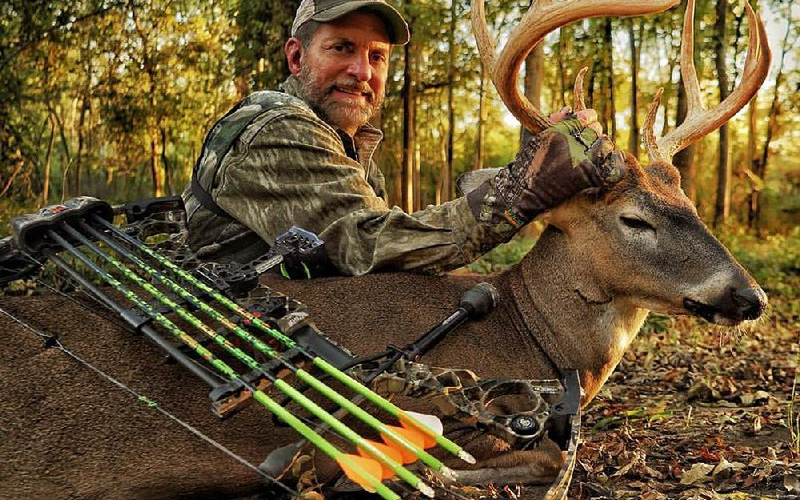 One does not necessarily need to hunt with a gun or other firearm. Other weapons are sometimes permitted. Such as crossbows, black powder guns, pellet guns, and knives.

There are no federal laws that prohibit felons from using crossbows and black powder guns. The law is however not so clear on pellet and BB guns. When it comes to knives there is no special prohibition for felons.

When it comes to knives, there are often size dimension limits applied. The resulting blades are often so small to be of no real use when hunting.

In California, pellet guns can be legally owned by felons, but in Michigan, a firearms license is required.

These laws can vary not just at the state level, but also at county and local levels. This is why visiting the local wildlife office and consulting a local lawyer is advisable.

Despite the existence of these alternatives, felons may still not be able to hunt.

It is also important to note that some hunting licenses may restrict the choice of weapon.

As a felon, you may be able to acquire a hunting license. You will need to check with the wildlife department in your state to ensure there are no penalties involved.

However, if you do not have gun rights, there is no need to waste time and money on this. You should only consider this if you have managed to secure a pardon and had your gun rights restored.

Remember that a pardon alone does not guarantee restoration of these rights. Many states still require a separate application.

Do not risk being caught in possession of a firearm just because you managed to get a license. There are many cases of felons being successfully prosecuted for this offense after being caught while hunting.

If you are legally prohibited, consider finding another pastime to indulge in. There are many other activities you can safely take up without risking your freedom.