Once out of prison, a felon will likely want to visit some places and people. A return to freedom of movement is reason for joy.

There are roughly over 2 million active and reserve military personnel in the US military. There is a good chance many have family and friends that have been in prison.

For many felons, there is often a need to reach out and reconnect with loved ones. Thus, some may be wondering: Can a felon get on a military base? 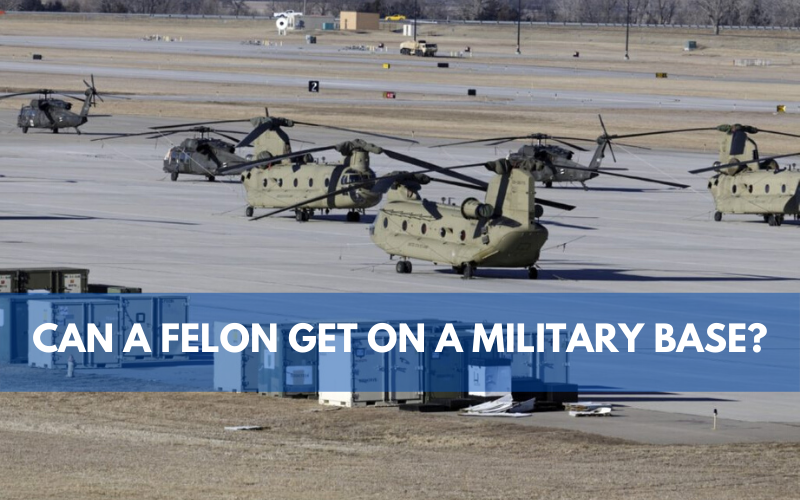 It is also not just about social visits. There are many work opportunities on bases. You do not have to be in the military to have a business on base.

Many contractors provide vital services to the military personnel and their families. Those that live and work on base.

Here we are not talking of major defense contractors that have multimillion deals with the military. We are referring to small businesses that cater to mostly construction services.

This is notable because many felons find better acceptance and success in blue-collar jobs. They face much fewer barriers than with white-collar jobs. Many prospects here are also quite lucrative, providing good pay.

The training is also less academic based, and more practical. Given the high cost and time that formal degrees can take, many felons prefer blue-collar options. This kind of work also permits many to start their own businesses.

Small businesses can also supply the military with products. This can range from paper clips to farm produce. There are multiple programs devoted to helping small businesses access such chances.

Many contractor jobs require prolonged access that can range from days to months. Let’s first look at what a military base is and how to access it.

What Is a Military Base? 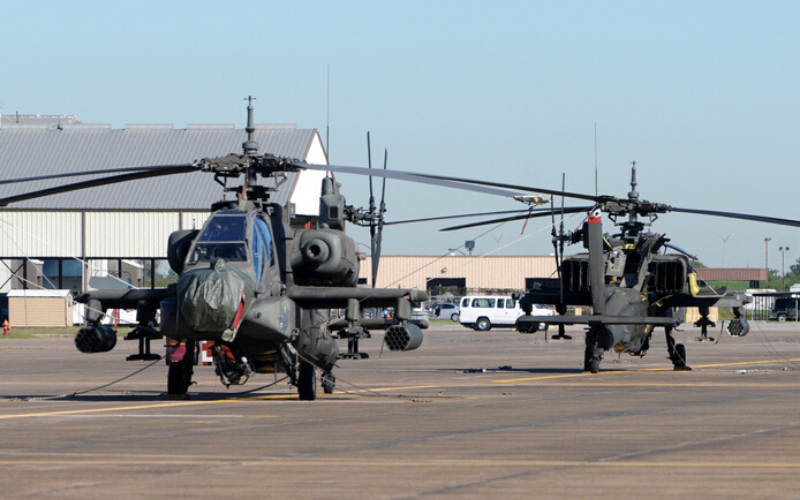 Military installations can vary a lot. Generally, they are any facility owned and operated for or by the military. Therefore, they typically house military equipment, personnel, and their dependents.

They are also where the military carry out operations and training. Military bases can take on a variety of identities including:

These bases can greatly vary in terms of the facilities they offer to personnel and their families. These might include eateries, laundries, gas stations, banks, clinics, and retail stores.

There are about 5,000 military bases in the US. The service personnel here include army, marine corps, navy, air force, and coast guard.

Requirements for Getting On a Military Base

Accessing a military base has become stricter, chiefly in the wake of 9/11. Civilians visiting a military base must now provide a REAL ID from their state. Those that do not have acceptable forms of ID must be escorted by a sponsor who does.

Alternative forms of ID accepted include a US passport, US permanent resident card, and Veterans health ID card.

REAL IDs are not really a new type of ID. They are rather a certification on already existing driver’s licenses and state ID cards. These conform to federal security standards that help stop identity theft and fake IDs.

REAL ID status is denoted by a gold or black star on the front of the license. You receive this on the renewal of your license with the DMV. To get this you will have to provide more paperwork on proof of residency and social security number.

For many felons, getting a REAL ID driver’s license can be hard. This is often the case where crimes were driving-related. It is common for offenses that involved drugs and alcohol to have their licenses suspended or revoked.

Those convicted of reckless driving, vehicular manslaughter, and commission of a crime while in a vehicle may face similar hardship. Hence, if a judge revoked or suspended your license, you may not be able to access this.

Thus, without a driver’s license, it likely means not being able to obtain a REAL ID.

While REAL ID is not a must, it will affect access to federal facilities and air travel.

Not all bases follow the same strict rules on access, but the above is widely common. To be certain, visit the official website of the military base to confirm visitor rules.

Bases now have what is called a visitor control center(VCC). As the name suggests, it is a facility that regulates access to bases for non-active military personnel and visitors.

Before this, entry to bases was pretty much left in the hands of gate guards.

Many bases would not assess all vehicle occupants. They would just focus on the driver. Sadly, due to security concerns, this has now changed.

At the VCC, a visitor must undergo a basic on-the-spot background check. This can take just a few minutes.

For those with a recurring need to access the base, they later undergo automated checks.

Depending on the DOD installations, disqualifiers may vary. As a general rule of thumb, violent felonies can prevent access. Misdemeanor and some felonies are evaluated on a case-to-case basis. 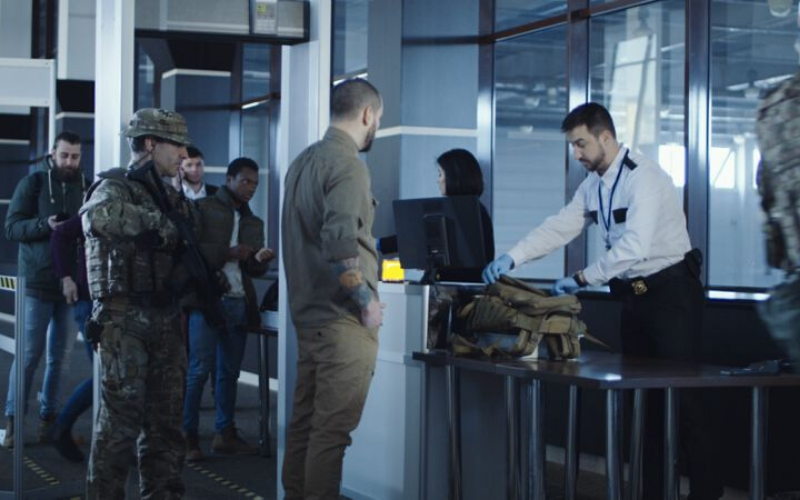 Aside from identity checks, there are also other rules you will need to abide by. While it is possible for those escorted by military personnel to gain access, official policy may differ.

Visitors, even those that are escorted, should first report to the VCC. This is usually near the front gate. Here, visitors are asked to fill some paperwork and submit their ID for scanning.

Whether it is a driver’s license, state ID, or passport, it should be valid, not expired.

Many bases now use the Defense Biometric Identification System(DBIDS). Once an ID is scanned, DBIDS checks it against criminal and military data sources. Entry will be subject to the results of this background check.

Becoming a DBIDS card holder can help make later visits easier. Visitors and contractors can enroll for this at the VCC. Enquire at the center for what is needed to apply.

Note that DBIDS cards are only valid for the base they are issued from. Other bases will not accept them. You will have to be reevaluated for every new base you visit.

Giving a fake ID or declaring false info on paperwork may result in criminal prosecution. Always be honest with the info asked for.

If a visitor arrives in a vehicle, they should provide vehicle registration. Rental car agreements are acceptable if hired. Proof of vehicle insurance is also a must.

Visitors should also not bring in any contraband or weapons. Upon entry, every vehicle is searched for this.

Visitors should know that the personnel they visit are held liable for their guest’s actions.

As cited, violent felonies are enough to be denied entry into a military base. These can include:

While misdemeanors and nonviolent felonies are assessed on a case-to-case basis, repeat offending can disqualify. For instance, drug charges in the last 3 years and twice in the past 5 years can deny entry.

Those on the sex offender registry and a history of gang activity are also barred. Also, those with an active arrest warrant are disqualified and may be detained until relevant authorities arrive.

It is possible to get a REAL ID for most people. Felons are no exception unless they are ineligible to hold a license. In these cases, it is a good idea to consider the alternative of a passport.

If for work that requires driving, then look into the possibility of expungement. Subject to the state, this might allow you to recover your license. You may also be able to clear your background check.

If not convicted of a violent felony, then there is a decent chance of having access to a base. As each case is evaluated individually, try to present yourself positively. Ensuring full completion of your sentence, a steady job, and volunteering should help boost your image.

But even before this, check out the particular bases’ rules on visitor access. Some are more flexible than others.

And if you find your entry denied, be it for social or work purposes, do not be discouraged. You can opt to meet your friend or family outside the base, or seek other job prospects.

This is not the end of your life. There are always options out there that may even turn out to be better.

1 thought on “Can a Felon Get on a Military Base?”