Prison causes inmates to suffer feelings of being restricted. they are constantly under supervision and forced to abide by strict rules. This is what makes regaining their freedom upon release feel so good.

However, returning to a normal life is not so easy. Once you have been labeled a felon, a lot changes. You will likely have lost your previous job, grown distant from family, and lost friends.

Many desire to make a fresh start elsewhere to cope with this fallout. But can a felon move to another state? 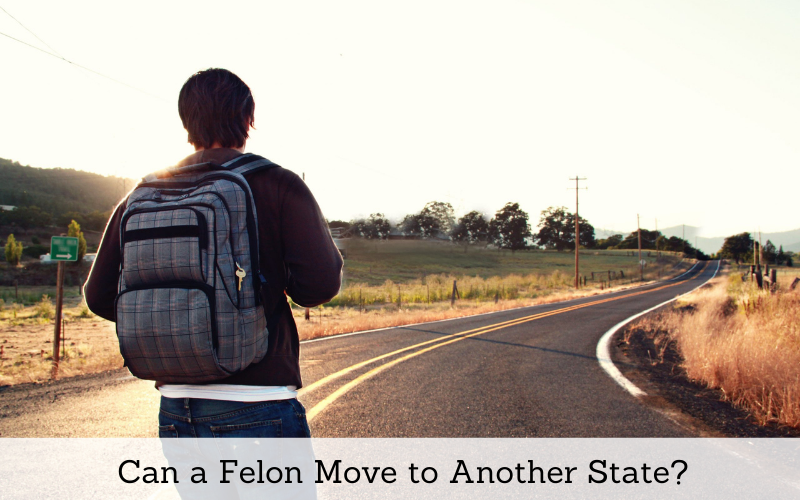 Relocation is a great way to start over. You can move where people do not know you or what you did in the past. While some would be willing to move to another country, this is not often necessary.

One of the benefits of being an American is that it is a very large and diverse country. Even just crossing state lines can take you to an entirely different environment.

Rather than relocate abroad, you can choose to simply move to a new state for your fresh start.

This change may help in making you more confident in your interactions with others. This is thanks to them not knowing your history and more likely to treat you fairly.

If not as strict on background checks, it may also mean better access to decent housing. The more distance you put between yourself and your victims can also help. You can hopefully both move on from the experience with fewer reminders.

One of the key factors that will matter when moving is whether you are on parole or not. Let’s discuss below.

After Probation or Parole 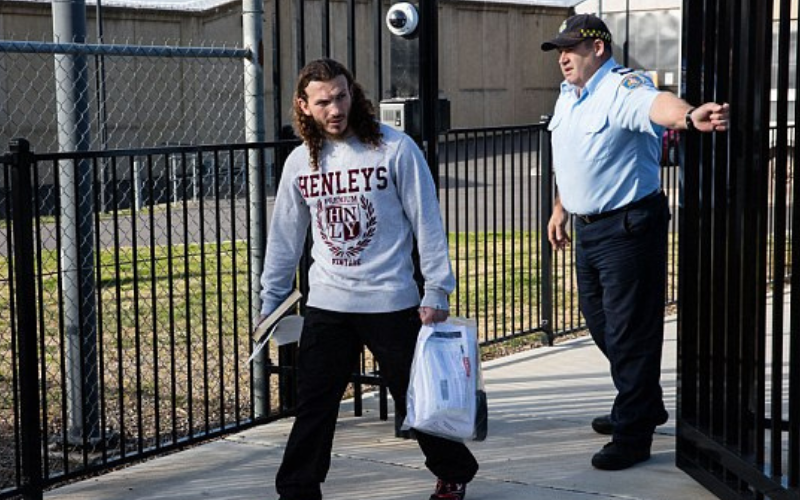 Once a person is convicted, they may be sentenced with probation. This means they get to avoid prison but remain under the prison system’s supervision.

Parole comes after incarceration. It allows for early release from prison. The remaining sentence is however also completed under the supervision of the prison system.

This supervision is handled by either probation or parole officer.

Once the probation or parole is fully served, the felon is no longer under this supervision. Ideally, they should also have satisfied whatever other penalties that were handed down by the court. Thereafter they are free to move around unrestricted.

One may also travel abroad. You would need to regain your passport. Then get permission from the country you are traveling to.

These terms may however vary for those convicted of certain sexual offenses.

Certain sex offenses require the offenders to register themselves. Sex offender registries allow the authorities to track the locations of offenders. This can be a lifelong penalty but one that an offender should not avoid.

If you do not register and keep authorities updated on your movements, it could be a crime. One which could put you back in prison.

The registry makes information on sex offenders available to the public. This includes the offender’s name, age, address, and nature of their offense.

When moving one must update their details on this registry. Depending on jurisdiction there may also be restrictions on where one can work or live. Sex offenders must make inquiries when making such changes to avoid legal trouble.

During Probation or Parole 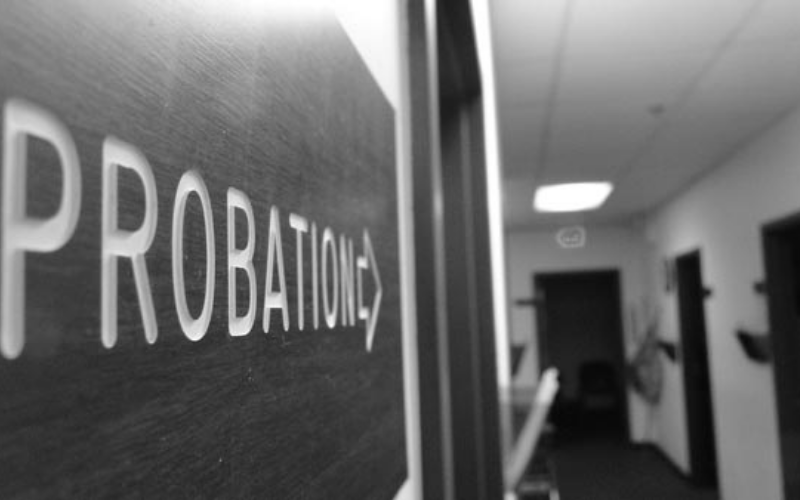 A felon can move to another state while still on probation or parole. There are however certain tough conditions to be met.

If they fail to meet the conditions, they will need to remain in the state they are serving. Until their sentence is completed.

This is a federal authority that oversees such transfers. The application process will however begin with your parole or probation officer.

They are the authority supervising you on the ground. Their opinion is given much weight by higher-ups.

When making an application, you will need to give reasons for it. If the parole or probation officer deems the application as justified, they file it for consideration. 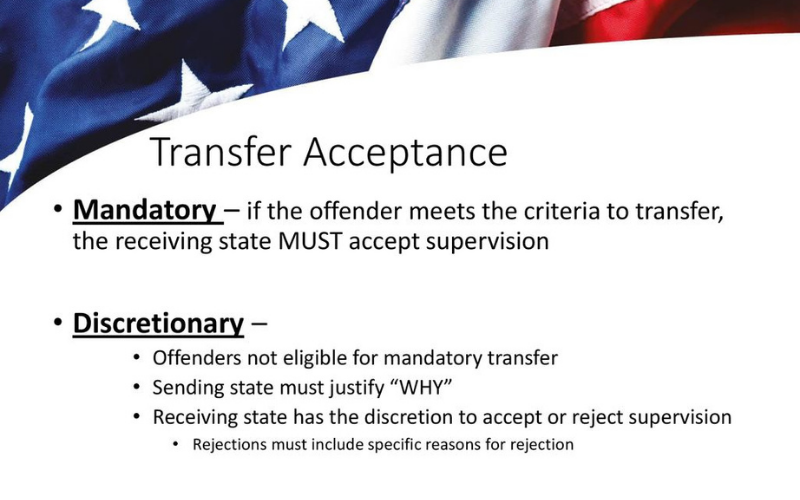 There are two types of applications one can make. The first is for a mandatory transfer.

The mandatory transfer is one that only requires the approval of the sentencing state. To make this application a felon must be in full compliance with their parole or probationary orders. They should also have more than 90 calendar days outstanding on their supervision.

They must also have been a resident of the receiving state for at least a year. This should have been before their sentencing.

Or have family that resides there and are willing to support them. And they must have employment waiting for them or other means of financial support.

The second kind of application is for discretionary transfer. This will require the approval of both the sentencing and receiving states. The terms for this are similar to mandatory transfers. Except for the need to be a resident or have family waiting on the other end.

A parole officer in the receiving state will however need to confirm certain details. Including the living conditions of where you intend to move to. And that you have a job waiting for you.

Their feedback and that of your current parole or probation officer will determine the outcome.

Note that sex offenders are subject to more rigorous vetting and conditions. The victim or their representative may also be invited to provide a statement on this proposal.

Steps to Filing for A Transfer 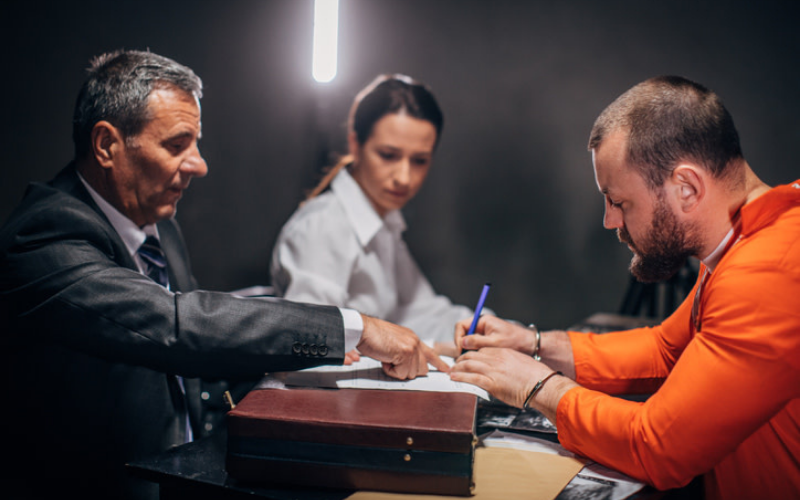 You can only apply for a transfer through your parole or probation officer. So it is a must to get their support to get the Compact process started. They will provide you with the required application form that you must complete in full.

You will need to provide supporting documentation for this. This will include certificates of completion of any rehab program. Also, an offer of employment from an employer in the receiving state.

Mandatory transfer applications will require proof of residency. Or that of the family residing in the receiving state.

Transfer applications may require that you pay certain fees for processing.  The charges can vary according to the states involved.

It can take several months to get a decision. This will depend on how long vetting will take on both ends.

Once the sentencing state reviews and approves the application, they then send it to the receiving state. They conduct their own review and send their decision to the Compact office within 45 days.

The Compact Office will weigh the responses from the states and decide.

If approved a travel permit will be issued. This will allow you to cross state lines with a deadline to report to your new parole or probation officer.

If rejected, you do not have the right to appeal. Transfers are considered a privilege and not a right.

Understand that much of the final decision is influenced by your parole or probation officer. It is important to ensure you have been complying with their orders. The better a rapport you have with your PO, the better your chances.

Their recommendation will heavily influence your approval by the receiving state and ICAOS. You will need to give compelling reasons why this change is for the best.

It also helps if you have completed all other penalties related to your conviction. This can include payment of restitution and completion of rehab programs.

Having a good job lined up on the other end is also helpful. Finding family that resides in the receiving state that are willing to support you can also be good. Try to ensure they are people with good standing in the community.

Avoid even family members that may be felons themselves. This may contravene the terms of your release. Felons are usually ordered to avoid fraternizing with other felons after release.