Gun ownership has long been a hot button issue in the US. It becomes even more controversial when it comes to guns and felons.

The fundamental right to bear arms is secured by the Second Amendment to the Constitution. This right is however stripped from certain parties under the Gun Control Act of 1968. Felons are amongst these parties.

However, not all firearms are considered equal. This has often resulted in questions such as: Can a felon own a black powder gun? 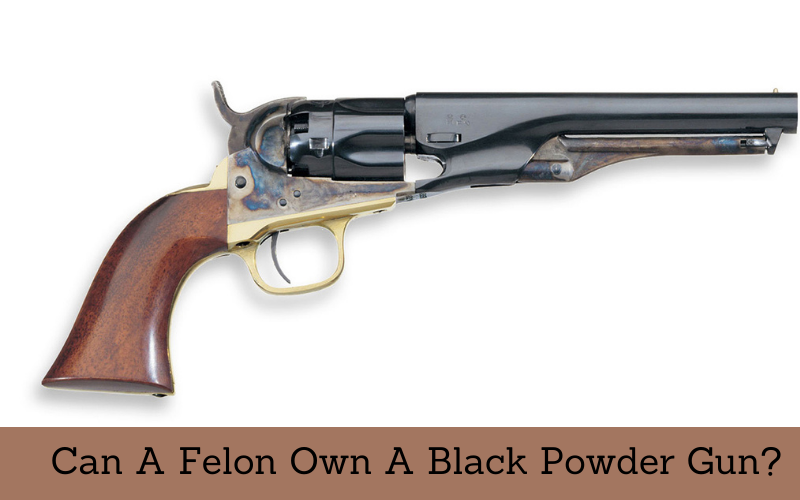 For most felons, being found in possession of anything gun-related can be risky. Even ammunition on its own can be considered intent.

The problem can even extend to spouses that live together. It is considered smart to avoid having any gun in the household.  This is because it may be deemed accessible to the felon partner.

Since most people take up guns for personal protection, alternative security measures can be safely considered. Adopting a guard dog and installing a surveillance system are good options. These are just some of the ways to enhance security without risking re-arrest.

In some cases, a weapon may be necessary. If hunting is a vital part of your lifestyle you will need something that can bring down an animal. Depending on the jurisdiction, options such as compound or crossbows may be acceptable.

Another type of weapon that felons sometimes consider is muzzleloaders. They are also known as black powder guns. Let’s discuss what they are and whether felons can legally possess them.

What Is a Black Powder Gun? 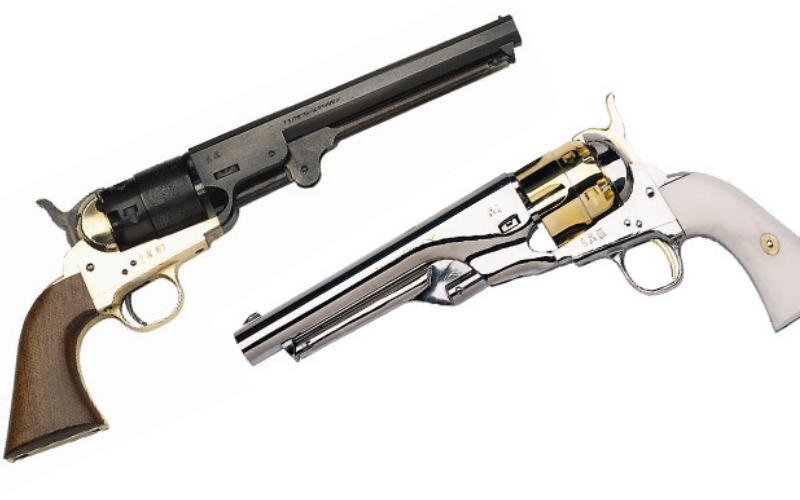 These are firearms that require hand-loaded ammunition. Muzzleloaders are typically loaded through the front end of the barrel, called the muzzle. The gun owner will load the projectile and powder charge this way.

This is different from modern guns that have their bullets loaded from the rear. Their ammunition also uses smokeless powders.

The Gun Control Act does prohibit felons from having firearms. This does not apply here. This is because black powder firearms are identified as antique firearms.

This means that at the federal level, there is no prohibition against owning a standard black powder gun. Even if you are a felon.

The only exception is if the gun can be converted to fire fixed ammunition. If it has parts that are modified to allow this, then there is the risk of being prosecuted.

There is also the issue of state and local laws. Some states do prohibit felons from possessing black powder guns. This will vary from place to place.

However, as long as the state prohibits it, even if the federal government does not, you risk an arrest. It is best to consult the state Attorney General’s office. They can verify the conditions applicable to black powder firearms.

These are firearms manufactured before 1898. This could refer to a handgun, shotgun, or rifle. Their ignition systems may include flintlock, percussion cap, or matchlock.

The term antique firearm refers not just to those made before 1898, but also later replicas. Their design must however not allow for use of rimfire or modern centerfire fixed ammo. Any modification and they can be considered the same as modern firearms and be an offense to possess.

The parts that may be modified include the breechblock, barrel, and bolt. Modifications to any combination of these parts can disqualify the gun from being an antique firearm.

Also, some guns load through the muzzle but have the receiver or frame of a firearm. Some are not considered antiques. It is advisable to check with authorities before making any purchase.

So now you know how black powder guns are different from conventional firearms. So how do you find them? 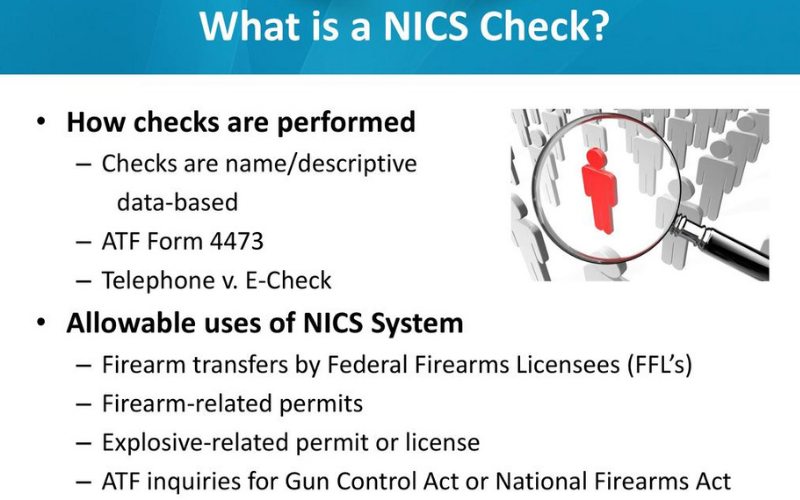 Buying a gun is problematic for felons. Gun dealers will often stock a large variety of weapons, including antique firearms.

To maintain their licenses and avoid contravening the law, they do conduct background checks on customers. This has been a legal requirement since 1994.

They are granted access to the National Instant Criminal Background Check System (NICS). They must perform a check before concluding any gun sale. This can be done online in a matter of minutes.

This check is not mandatory when trading in antique firearms. However, most gun dealers will still run the check as a precaution.

The gun show loophole however allows the sale of firearms by private sellers. They are not required by federal law to run background checks.

Some states have however sealed the loophole by still requiring background checks for gun show sales. Other states have opted to only allow gun shows to sell to individuals with gun permits.

Federal laws do not prevent felons from owning black powder guns. You should ensure that there are no modifications that would allow it to fire fixed ammo.

However, even with this, state or local laws may differ. If there is a restriction at this level, it is best to avoid possessing such a gun altogether. States are permitted to make and enforce such laws.

Thankfully, there are alternative solutions. Whether it is for hunting or home security, there are other ways to meet your goals. if you however choose an alternative weapon, again, do check on state and local laws.

For felons that are looking to have their gun rights restored, a pardon is the best solution. Even for state crimes, federal authorities will recognize a governor’s pardon. Know that this relief can be quite difficult to come by, especially for violent offenders.