Getting back into the world after being incarcerated can be difficult. It may feel as if the rights you once had no longer exist.

Migrating the restrictions that now exist for you can feel overwhelming. Especially restrictions regarding things that could be potentially harmful to others. You may wonder, can a felon own a taser?

Keep reading to find out more information and if, a felon can indeed own a taser.

The taser was first developed in the 1970’s. The name actually is an acronym based off a book about an inventor of gadgets. Taser is short for Thomas A. Swift Electric Rifle.

A taser is a handheld device. This device is meant to temporarily paralyze a person. It prevents someone from functioning in a normal way by transmitting a very high voltage shock.

Once the taser is activated, two small darts that are attached to the device will fire out. These darts can reach all the way up to 35 feet! They will even go through clothing,

When the darts make contact with the target, they will deliver the electric shock. Resulting in the person not being able to move. The taser can also work by being pressed directly against the target’s body.

It is not intended to kill the target. It is only supposed to temporarily prevent someone from functioning properly.

There are different types of tasers. There are tasers meant for civilians and tasers that are for police use. The two are not the same.

Is it a Firearm? 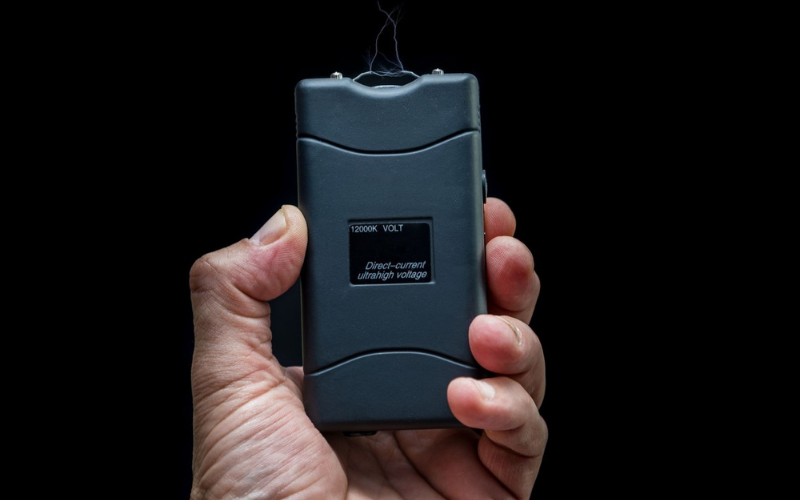 Due to a taser’s use, it is easy for it to resemble a gun. It is a defense weapon and to be used only in emergencies. By the definition of The U.S Bureau of Tobacco and Firearms, a Taser is not a firearm.

A firearm, by definition, is a device that is made to release a projectile using expansive gases through a barrel. This is different from a taser. Hence, why a taser is not considered a firearm.

As a felon, under the Gun Control Act of 1968, you are not restricted from owning a taser. It will depend on the state that you live in though if you can purchase or possess.

There are many laws in each state regarding civilian use of tasers. Just because it is not a firearm does not mean in your state you are able to own one.

In 45 states, it is legal for a civilian to own a taser. In these states you must be at least 18 years old.

Just because it’s not illegal to carry a taser in most states, it does not mean there aren’t many precautions one should take.

You can contact state authorities to know exactly what your state’s laws are about possessing a taser. You can also talk to a lawyer about the potential risk of obtaining a taser as a felon. More on this later though!

As a felon, if you own a taser, you could put yourself in an unfortunate situation. Let’s take a closer look at what it would be like to own a taser as a felon. 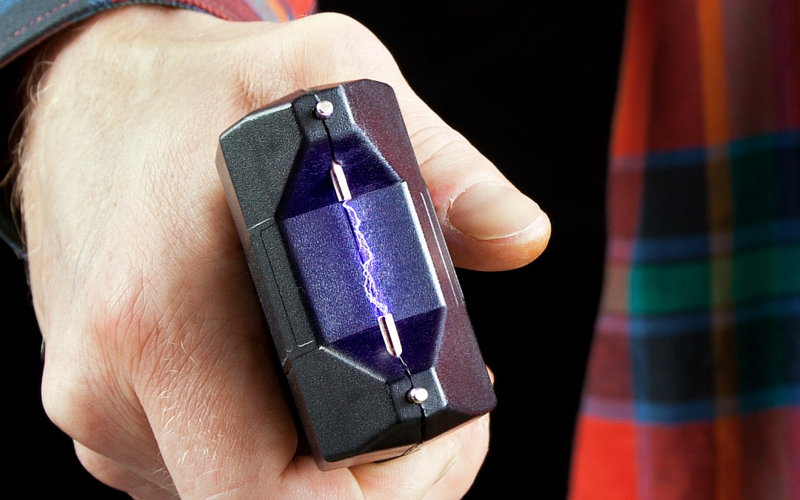 As a felon or not, owning a taser comes with a lot of responsibility. This is true for everyone but especially true as a felon.

Take for example this situation, you are carrying a taser and find yourself in a circumstance in which you feel threatened. You pull out your taser and someone near calls 911 without understanding. You could then potentially face charges and find yourself dealing with legal issues.

Another example would be how you are carrying the taser in public. A person of authority may believe that it is a firearm and act on that suspicion.

As you can see, there are many instances that could put you in an unfortunate position. It is best to take all necessary precautions.

If you believe that owning a taser is the best option for you, first you must check that your state allows for civilians to possess tasers. Then you must ensure that you can be a felon and own one. For example, in California a felon cannot own a taser.

If you want to own a taser as protection, you should keep in mind there are other ways to do so. Choosing a different option for protection could help aid in not getting back into legal troubles.

There is a statistic that ⅔ felons will return to prison within the first two years of being released. It is important to not become a part of that statistic. Not owning a taser can help for you to lower your chance of any potential issues.

The taser was first developed in the 1970’s. It is a handheld device that is intended to temporarily prevent someone from functioning properly.

It is not considered to be a firearm. In 45 states, a civilian can obtain a taser. In most of these states that is also true if you are a felon.

Just because you can, does not necessarily mean that you should. Owning a taser can bring about some unwelcome issues. Resulting a felon to be back in legal struggles.

It is best to assess all options for protection before purchasing a taser!