The right to bear arms is vital for many Americans. Even those that may not necessarily buy a gun.

The feeling is the same for felons. Pastimes like hunting and target practice may easily be a part of their life before prison. Not to mention that for many firearms are a key aspect of personal and property defense.

However, this right is nullified for felons, once convicted. Federal laws like the Gun Control Act of 1968 strips them of firearm rights, even if their offense was non-violent. Thus, the next question may be: Can a felon buy ammo? 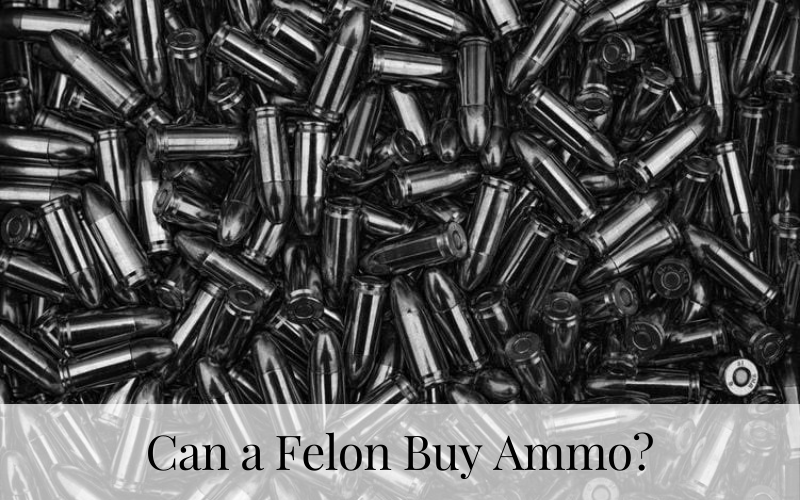 The loss of firearm rights is not just restricted to felons. Those dishonorably discharged from the military, mentally ill, domestic violence abusers, drug abusers, and illegal aliens also count.

All these people are required to surrender their firearms to the authorities. Alternatively, you can grant the power of authority to someone outside your home and have them take possession.

For felons, background check requirements instituted in 1994 means they cannot purchase a gun later. Once the check indicates a felony conviction, the licensed dealer cannot go through with the sale.

Let’s dig a little deeper into how firearm rights change when one becomes a felon.

Felony offenses are considered the more serious of crimes. The penalties involved are more severe, with sentences typically over one year in prison.

It lists those prohibited from purchasing and possessing guns and ammunition. This included felons.

Today, gun dealers access the National Instant Criminal Background Check System (NICS) before making sales. It takes less than two minutes for them to determine if the buyer is qualified.

This law applies even if you were to keep the gun out of sight. Concealed carry permits are out of the question for felons.

Unless they can secure an expungement or pardon. But more on this later.

Now that we are clear on the issue of guns, what about ammo?

Accessing Ammo as A Felon 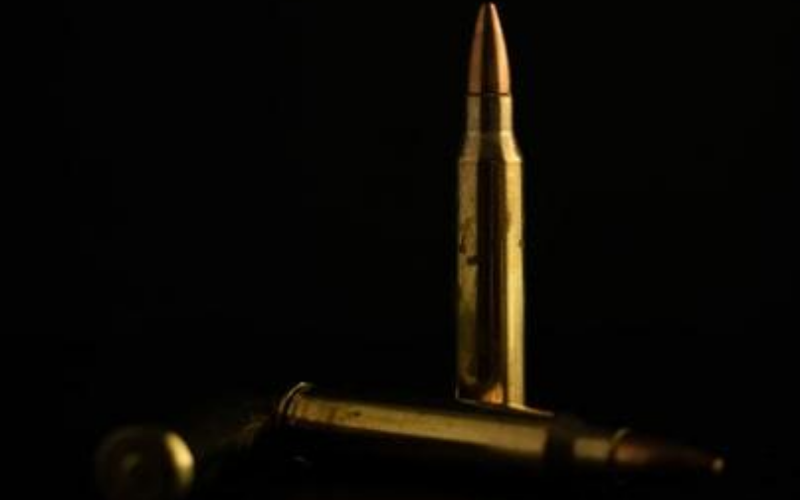 Unfortunately, the laws on gun rights also apply to ammunition. This is not surprising since it is the ammo that renders the weapon deadly.

However, a distinction is often noted when it comes to purchasing. Online or in gun stores, sellers do not typically run background checks for ammo sales.

The Act does specifically mention “…firearm or ammunition…”. But beyond this, there are virtually no federal ammo regulations that exist.

Some states and smaller jurisdictions have however managed to track their sales. They compare these with felony records and identify people prohibited from owning ammo. Over recent years, convictions have taken place in localities in Sacramento and L.A.

If a felon is caught with ammo, they can be subject to felony charges. This can happen even in the absence of a gun.

This can be risky as the penalty can be higher. Whether or not the earlier offense was violent.

Depending on your criminal record and if you reside in a 3-strikes state, it may mean a life sentence. In such serious cases, it is best to find a good lawyer to represent you.

Given the weak federal oversight on this matter, some states have made their own laws. Six states have regulations requiring background checks for ammo sales. These include California, Connecticut, Illinois, Massachusetts, New Jersey, and New York.

Federal law does however address the issue of armor-piercing ammo. This type of ammo is of concern because of its danger to law enforcement. It can injure and kill even when wearing body armor.

The laws prohibit the importation, sale, and delivery of this ammo, with limited exceptions. Even with exceptions, a clear record of transfer must be kept.

Let’s now look at what other firearm options are available to felons.

Since guns and ammo are prohibited for felons, there may be other ways to defend your family.

Pellet, airsoft, and BB guns are popular options that are not as deadly as regular guns. The ammunition is expelled at a much lower velocity. They are however still capable of serious harm at close quarters.

Crossbows are another option that can be effectively used in hunting. If you have to defend yourself, they can also come in handy.

Air guns are permitted for hunting in Texas. But in Michigan, they are treated the same as regular firearms and require a permit.

Knives are another risky weapon to have in your possession. If you have them in the home, ensure the blade is no longer than 4 inches.

Until you can have your rights restored, consider safer security measures like a guard dog. Also, investing in a security system that can alert you to intruders.

How to Restore Your Rights 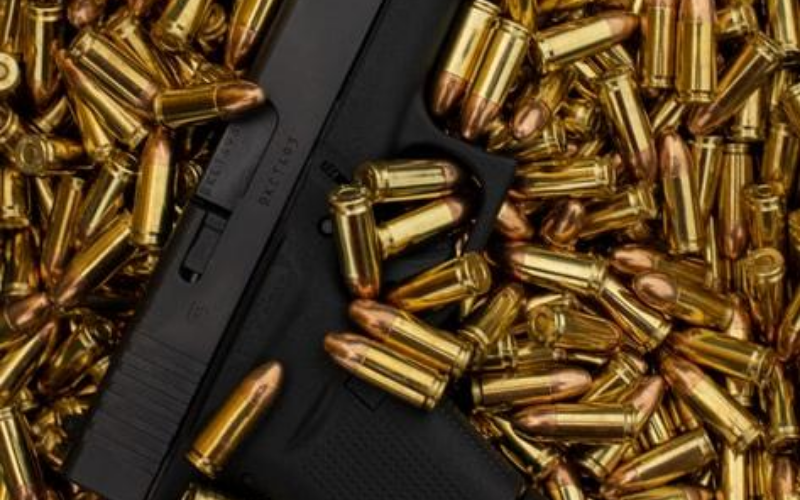 If you were convicted in state court, it is possible to restore rights through a governor’s pardon. The conditions to be met can however be tough. For instance, in California, the offender must have no criminal involvement for at least 10 years.

Some states also allow certain felonies to be reduced to misdemeanors. Such successful petitions would restore gun rights. But do keep in mind that some misdemeanors can still strip firearm rights.

While expungement can help to restore gun rights, this does not apply universally. Some states, like California, may grant an expungement but do not restore firearm rights.

Other states are considerably more lenient on the issue of restoration. For instance, Arkansas restores concealed weapon privileges for non-violent offenders after 10 years. Texas allows for restoration, for only possession at home, after a 5- year waiting period from release.

Because the laws can vary quite widely depending on the state, it is best to consult a lawyer. This way you can confirm the applicable local and state laws. And if you need help, apply for an expungement or pardon.

Some people are smart enough to pursue these reliefs on their own. However, you improve your chances of success by hiring a conversant lawyer.

Simply put, felons should never risk being found in possession of ammo. Even without a gun, assumptions may still be made that will not favor you.

As to alternative weapons, it is best to first check on local and state laws. This can provide some guidance on what weapons you can legally possess.

You can also verify your eligibility for a pardon. This has helped some to recover their firearm rights and go back to legal gun ownership. Your chances are better when you do not have violent offenses on your record.

Until you can secure such relief, avoid any link with guns or ammo. Do not visit the shooting range or allow your partner to have a gun in your shared home.