For many outdoorsmen, hunting is a basic right. It is a big part of living off the land. Not only does it help in putting food on the table, but it can also be a good source of income.

When leaving prison, felons need to be aware of the rights they have lost. Amongst these is the right to bear arms. This can greatly interfere with a lifestyle that includes hunting.

To mitigate this challenge, many opt to use alternative weapons to the standard hunting rifles. This thus begs the question; Can a felon own a compound bow? 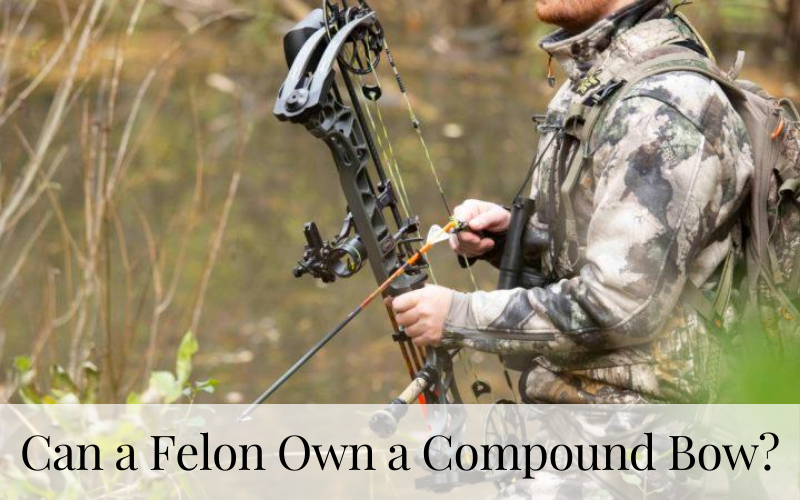 During hunting seasons, many states will institute periods when certain weapons can be used. Archery seasons are a good opportunity to make use of compound and crossbows. These weapons are typically powerful enough to bring down sizable animals.

During off-seasons, hunters can use these bows for target practice. This helps improve accuracy and becoming accustomed to the weight and balance of the weapon. The more accustomed you are to using your bow, the more effective it is on a hunt.

But why should felons have to wait for such opportunities? Why not just wait for rifle seasons? Let’s discuss what impact being a felon has on gun rights.

Gun rights are automatically lost when one becomes a felon. This is as per the Gun Control Act of 1968.

A felon in possession of a gun can end up arrested and charged with felony gun offenses. For this reason, felons need to surrender their weapons to the authorities. Any attempt to retain or sell them later can lead to criminal charges.

The firearms that felons are prohibited in law from possessing are those that use an explosive action. This explosive action is what causes ammunition to be discharged. This is according to the National Firearms Act.

The only exception to this is muzzleloader weapons that are considered antiques. Their ammunition may however be considered illegal as they can be explosive shells.

Federal law does not prohibit alternative weapons like crossbows, compound bows, and pellet guns. However, individual states do have their own laws governing these weapons. And felons are often prohibited from owning or using them.

The best way to avoid running afoul of the law is to have your gun rights restored. In most cases, it involves having your criminal record expunged, set aside, or receiving a pardon.

These remedies often have certain procedures to be followed. There are often waiting periods.

Take for instance federal offenses. One must wait at least five years after completing their sentence to apply for a presidential pardon.

States also have varied rules on how to secure expungement and pardons. Some need to wait until the governor can review their case. Others will need to submit their application to the state clemency board.

Most violent offenses that involved weapons are also very hard to have expunged or pardoned. Chances are better with non-violent felonies committed long ago. Maintaining a clean record since release also helps.

What Is a Compound Bow? 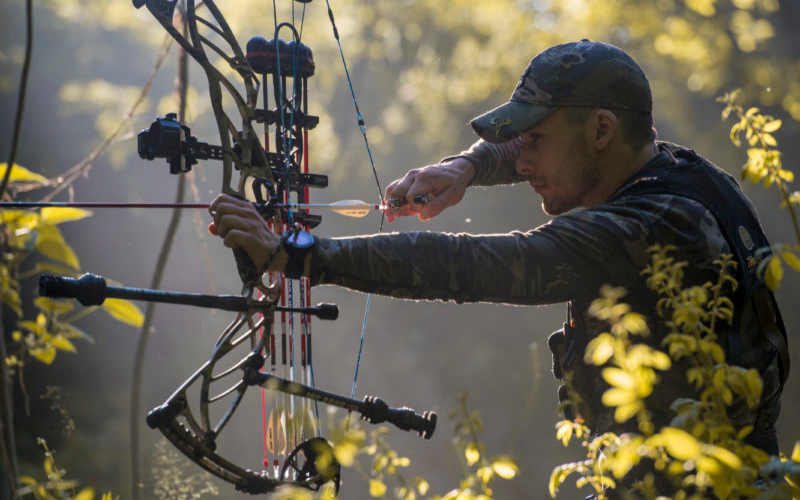 For felons unable to restore gun rights just yet, there is a range of alternative weapons to consider. Compound bows have become increasingly popular in recent decades thanks to advancements in design.

Compound bows are made up of a levering/cam system that gives the user a mechanical advantage. They require less expending of energy when compared to the traditional bow and arrow, or crossbow.

The intricate system of cables, pulleys, and levers delivers more kinetic energy with each draw than with crossbows. Though they may sound complicated, the learning curve for compound bows is easier than other archery options.

Compound bows were developed to make shooting easier. Many industry experts and hunters affirm this to be true.

So let’s move on to how compound bows measure up to the more traditional crossbow.

Both compound bows and crossbows are popularly used in hunting. The compound bow has however been designed to make this pursuit easier.

Beginning with weight, you will find crossbows to often be 2-3 times heavier. This is partly due to the extra parts it has in comparison, such as the shoulder stock. Compound bows are also often built with lightweight parts.

In terms of size, crossbows are more cumbersome to carry because of their longer length. Compound bows are longer axle to axle. But their vertical design and lightweight build make them easy to carry.

Size and weight are important factors to hunters who may walk many miles in the forest terrain.

Crossbows also tend to generate more vibrations. This makes them noisier than compound bows. A quality that is not appreciated by hunters trying to silently shoot their prey.

Overall, compound bows are considered by many to be the superior choice. This has more to do with easy handling, lightweight design, and improved accuracy. They are often the preferred gateway into archery hunting.

So now that you know why compound bows are a popular hunting weapon, can felons use them? Let’s find out.

Can A Felon Own a Compound Bow? 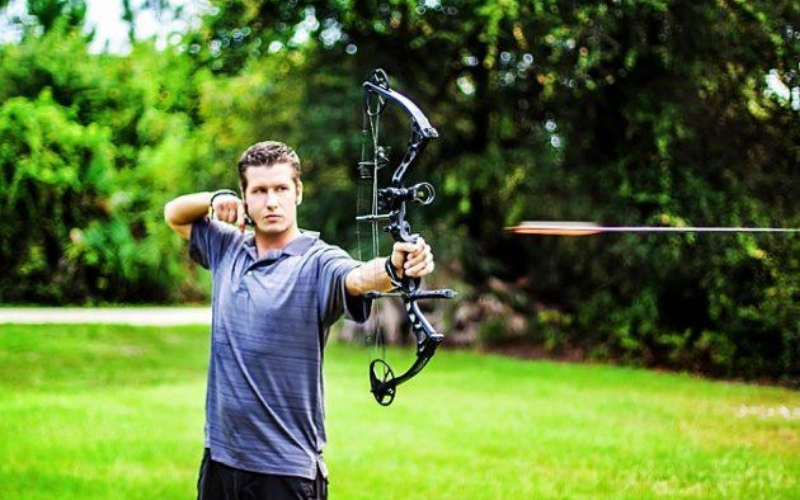 It is difficult to give a clear-cut answer to this. As said, state laws can vary greatly.

Some states do not consider weapons like pellet guns, crossbows, and compound bows as they do guns. They consider them less dangerous and will allow felons to use them for hunting and personal protection.

Other states do not however feel the same way. They will prohibit felons from owning or possessing them.

For instance, in Florida, felons that acquire appropriate hunting licenses can use archery weapons. This is during the designated hunting periods.

Idaho also recently changed its laws, allowing felons to use archery weapons. They are however prohibited from possessing any weapon that uses explosive action.

Colorado, on the other hand, prohibits felons from possessing any firearms or archery weapons. Ironically, while felons may not have access to such weapons, they are free to obtain a hunting license.

Because the laws can vary greatly based on jurisdiction, it is best to make inquiries before buying any weapons. Note there can even be laws on when bows can be used and on what particular animals.

So whether you are a felon or non-felon, make an effort to be clear on what is permitted beforehand.

Hunting, target practice and shooting competitions are all good ways to spend your free time. They can even add to your income and help feed your household.

But as a felon, it may not be so simple. Depending on applicable federal, state, and local laws, you may find yourself unable to participate. Make official inquiries to ensure you can legally make use of such weapons.

As soon as you qualify, do apply to have your criminal record expunged, set aside, or reduced. Seek legal counsel on what approach best suits your case. With your gun rights restored you will be free to live and enjoy your life as you did before.