Joining the military is a popular ambition. Many are inspired by war movies, while others may consider it a family legacy. Either way, it remains a noble pursuit dedicated to serving the interests of the country.

Currently, there are about 1.3 million active-duty members. And a further 1.1 million in the reserves.

For many, the reserves are a good way to be ready to serve when needed. But still get a chance at a normal life otherwise. So, can felons join the National Guard? 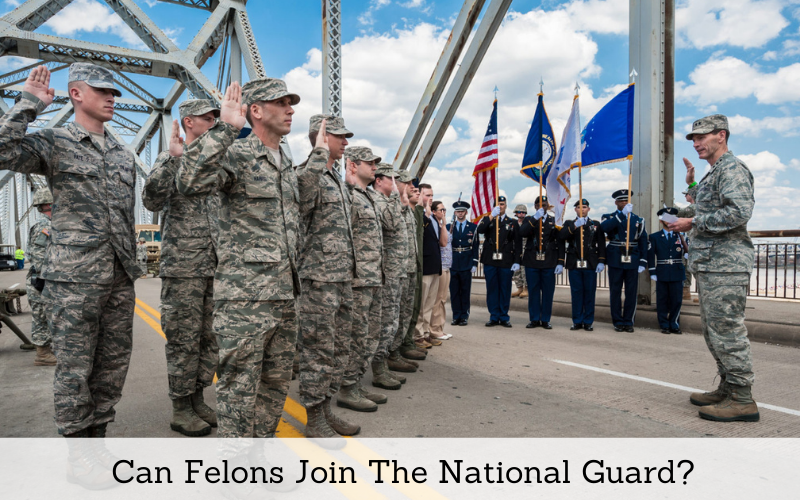 Sadly, many people get derailed before they have a chance to sign up. Engaging in criminal activity often leads to prison time that can cause delays.

Not to mention the challenge of meeting moral and ethical standards. The military does set certain standards for its personnel. And being convicted of a crime can make it hard to be accepted.

Before we however delve into this issue, let’s first define what the National Guard is.

What is The National Guard?

The National Guard is the reserves section of the military. More specifically, the Army and the Air Force.

They can be found in every U.S. state and Territories. They can be called up to serve in both domestic and foreign situations.

Within the country, we will often see them called up to assist during weather catastrophes and civil disturbances. In such events, they are under the command of the state governor. 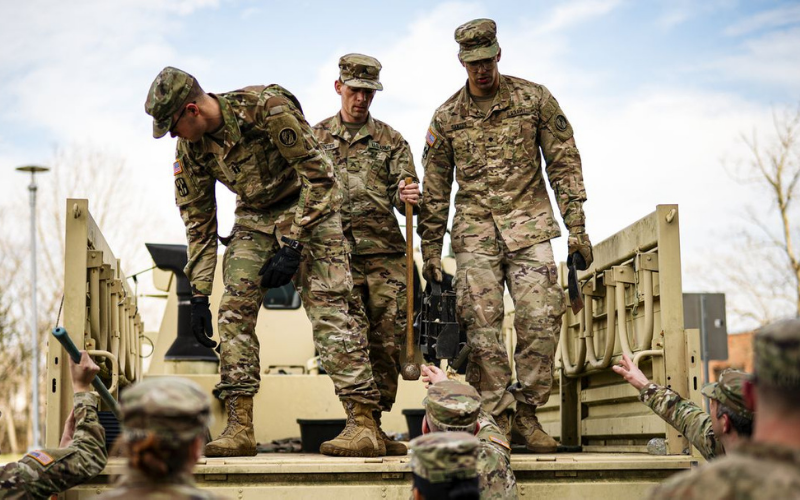 The governor takes on the role of commander–in–chief of these forces. His orders are channeled through an assigned adjutant general. The governor may call up the reserves without having to notify the president.

The president can however also order these troops to whatever location, in and without the U.S.

Those that sign up for the reserves receive federally funded training. This basic military training can take 8-12 weeks. Once completed, they can then resume civilian life until such a time they are called to serve.

Depending on the position, you may need to undergo further training. Also, the job and branch of service may influence the duration of your contract. It could last between 3-8 years.

To keep up with their drills, they are required to meet up one weekend a month. They must also attend mandatory two-week training each year.

While you can sign up as a soldier in the army or air force units, there are other positions. You can also work in areas such as medical and engineering units.

If there is a need, reserves can be activated to full-time service. This can be done voluntarily or involuntarily.

Requirements to Join the National Guard

Just as with other branches of the military, there are certain requirements for joining the National Guard. The basic requirements include:

The ASVAB test will determine if you are qualified to enlist. And, what specialties and bonuses you best qualify for. The better your score, the better jobs you may qualify for and signing up bonus.

The key challenge for felons is in meeting the military moral requirements. A military waiver is an action to accept a candidate despite these disqualifying circumstances. It can apply to everything from fines to felony offenses.

All these will be revealed as the military performs extensive and intensive criminal background checks. They make use of fingerprints to run through various databases. They do also run DMV and credit checks. 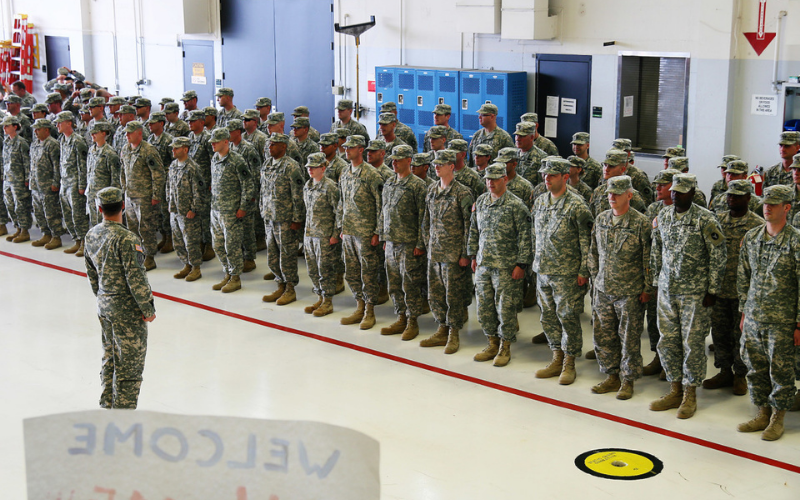 It may be a crime to fail to disclose during your application. Therefore, be honest when filling the questionnaire.

Also, discuss your concerns with your recruiter. He can better inform you of how waivers could apply to your situation.

Much of the time, one felony may be waived. But waivers are judged on a case-to-case basis. This means the severity of the offense, how long ago, and surrounding circumstances will matter.

Anyone still under probation or parole cannot be waived. You will need to have cleared all penalties related to the crime.

Nor can anyone with pending criminal charges. Even those with expunged records will need to be forthcoming.

Minor traffic infractions and misdemeanor charges may be more leniently considered. But again this will depend on the branch of the military, the specific job, and the demand for enlistees.

Joining the National Guard allows people to be ready to serve their country. While still having a chance to lead a normal civilian life. Even if called up, they still get protections that their careers do not suffer.

For many felons without job skills, it can be a great way to learn a trade. And the military will foot the bill. You can specialize in such areas as telecommunications or as a medic.

If you decide to pursue a degree, you can gain some benefits. So not only will you have the time to go back to school, but also extra financial assistance.

As a member of the military, you gain access to excellent health coverage. For you and your family at a huge discount.

If called up for overseas duty, it also means an opportunity to travel. You get to see the world as you work, at the expense of the military.

All these benefits and more are good enough reasons to try for the National Guard. If you meet the requirements, do give it a try.

And try to establish a rapport with the recruiting officer who may be able to help along the way.