Felons are very aware of how easily crime can occur. One of the ways Americans opt to feel safe is by owning a gun. This mainly provides a sense of security.

The right to bear arms is widely known but is easily lost when committing felonious acts. Once you are convicted of a felony, some rights are stripped away.

For felons that lose gun rights, there is often the idea to seek alternatives. Many will ask: Can felons own a pellet gun? 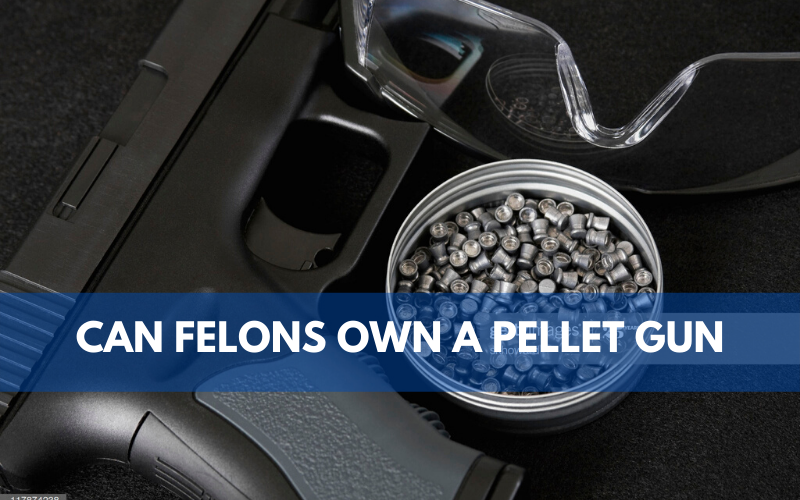 As suggested above, many feel the need to have a weapon for protection. Be it home or at work, carrying a gun makes one feel capable of handling any danger. Guns are also wanted for those that enjoy hunting and target practice.

Certain jobs also require that employees carry a gun. This is most often in law enforcement and security positions. Losing gun rights makes felons ineligible to pursue such careers.

Felony convictions also result in the loss of other rights. These can include the right to vote, parental rights, and serve on a jury. Eligibility for certain professional licenses can also be lost.

Some or all can, however, be reinstated in some jurisdictions, subject to certain terms. More on this later.

Felons are expected, upon conviction, to surrender any firearms and ammunition to law enforcement. The alternative is to transfer them to someone else legally allowed to own such.

Any attempt to purchase a gun after release is normally thwarted by background checks. Gun dealers are required to run a background check before selling weapons. Felons will automatically have their records appear and be unable to buy guns or ammunition.

While they may still be able to get a gun illegally, it can lead to legal problems if they are caught.

Thus, many will seek alternative weapons they can legally use to protect their lives, loved ones, and property. Let’s look into just what pellet guns are and later, whether they are legal to possess for felons.

What Is a Pellet Gun? 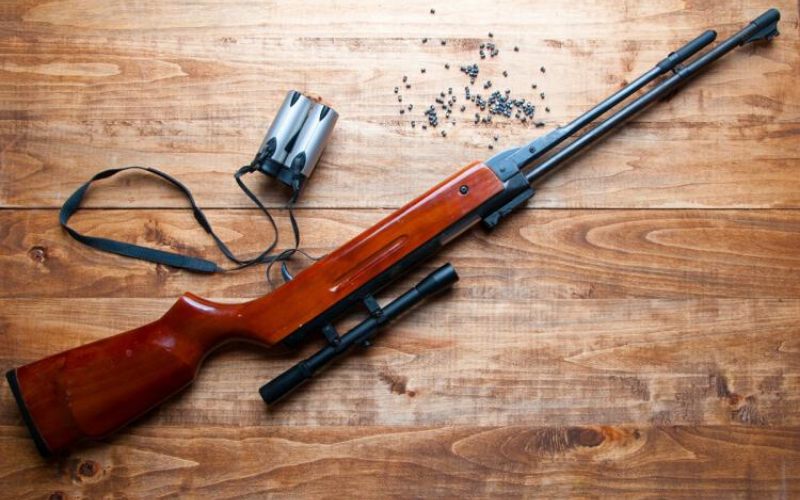 Pellet guns are pneumatic weapons. This means they use compressed air to drive the piston that propels the ammunition. This is different from standard firearms that make use of explosive gun powder.

Pellet guns usually have spring or gas pistons to propel their lead pellets. Some also come as pre-charged pneumatics(PCPs) for semi-auto firing.

The pellets are non-spherical. They have a flat circular top with a bottom that tapers outward. The lead is just soft enough to take on the rifling of the barrel as they spin out.

This barrel design and aerodynamic ammo are what make pellet guns good for target practice. They are more accurate and powerful.

Also often referred to as air guns, these weapons can be quite dangerous. When fired, pellet guns can achieve speeds of up to 1,000 feet per second.

This speed, coupled with the large size and awkward shape of the pellets can often cause serious injuries.

When compared to firearms, there is a great difference in pressures. While pellets can achieve up to 50 atmospheres, firearms pressures can be measured in the thousands.

This should however not be taken to mean that pellet guns are harmless. Ammunition traveling at just 150 feet per second can puncture human skin. The shorter the distance between gun and victim and the more serious the potential injuries.

The rifling inside a pellet guns’ barrel causes ammo to spin out for more precise shooting. This has made pellet guns the preference for those desiring better accuracy.

How Pellet Guns Differ from Other Air Guns 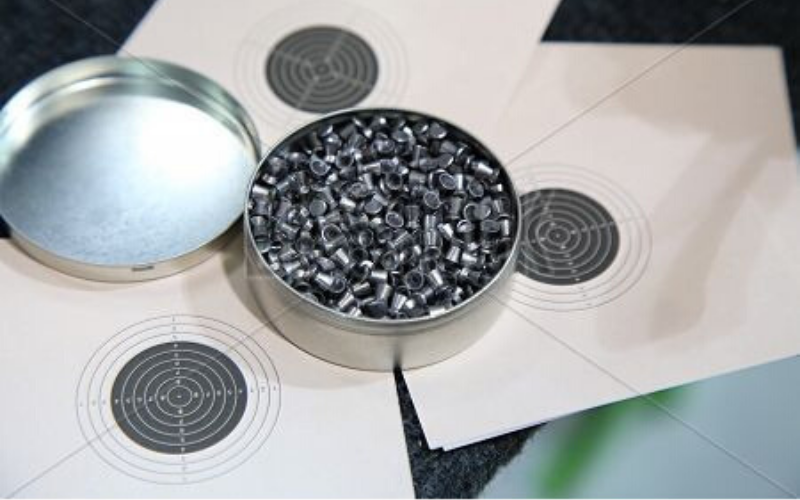 Another air gun you may be familiar with is the BB gun. The key difference between BB guns and pellet guns is the type of ammunition.

The smooth surface of BB ammunition can make it dangerous at close range. The balls also tend to easily ricochet, often resulting in unintended and unpredictable injuries.

Another difference is in the design of the barrel. BB guns have a smooth barrel that produces lower velocity. When fired, they ammunition typically achieves speeds of just up to 550 feet per second.

Despite their popularity, BB guns are less accurate than pellet guns. The lower mass of steel compared to lead also makes it more reactive to influences like crosswinds.

Because of the lower velocity, these guns are often used for lighter, close quarter shooting practice.

We have mentioned that these weapons can be an alternative for firearms. However, that is not often their primary purpose. Most people will buy them for hunting use.

They are often used to kill or scare off pests. They can also be used to hunt small animals. For those unable to access standard firearms, they can also be a good way to practice close-range shooting.

Besides pellet and BB guns, there are also airsoft guns. These guns are much safer as they use plastic projectiles for ammo. Though they can achieve high velocities, this lighter ammunition is subject to quick deceleration.

Their design is hyper-realistic, often resembling actual firearms. They are typically used for recreational purposes, and for law enforcement and military training. They are often used in war game simulations.

Some high-performance options can, however, be a powerful as BB guns.

Can A Felon Own a Pellet Gun?

As already mentioned, felons lose their gun rights on conviction. This is standard at both state and federal levels.

Certain aspects of the Brady Act do appear to indicate that pellet and BB guns may be prohibited to felons.

Felons are those that have been convicted of a crime whose punishment exceeds one-year imprisonment. This category of individuals is listed as the first barred by this federal law.

At the state level, the laws appear to greatly vary. Some have extensive restrictions on these guns. Others have no restrictions at all.

In the case of California, pellet guns likely fall under their legal definition of a ‘BB device’. Felons are legally allowed to own these guns.

However, it should not be displayed in public. Minors are prohibited to possess them. If a person is injured, the BB gun owner may be charged with battery and/or assault charges.

In Michigan, state laws are highly restrictive. The state requires that these guns be subjected to the same firearm license requirements. A permit is required to buy one.

For Massachusetts residents, you need to have a safety inspection certificate and concealed pistol license. Minors may not have a pellet gun in public areas. Exceptions are when an adult is present, they have a hunting license, or permit from the police chief.

Many states do prohibit the open carrying of these guns. This likely stems from the panic they can cause as they easily resemble standard firearms.

The differences in state laws mean that felons should be careful when traveling across state lines. They may not be granted reciprocity or recognition of ‘right to carry’ laws from their home state. 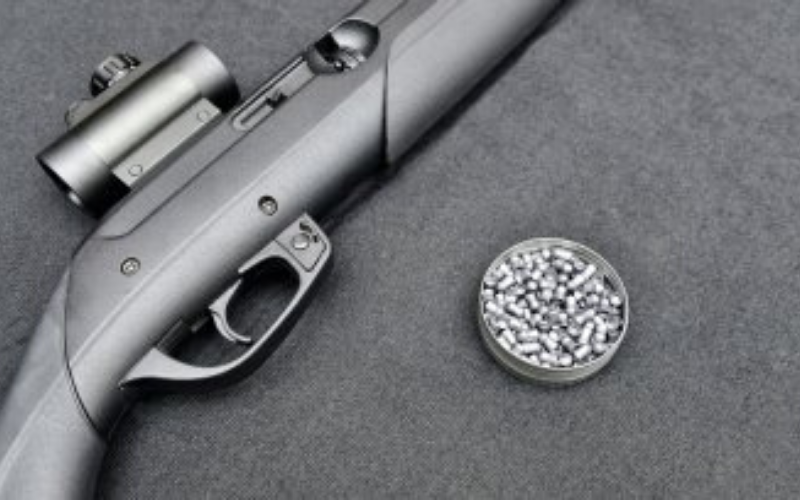 How to Restore Gun Rights?

Having your gun rights reinstated is quite possible. However, this will depend on several factors.

It can be done if you can secure a pardon or have your record expunged. In some states, a Certificate of Good Conduct or Relief can also permit restoration.

Securing this relief can ensure that you can pass the background check required to purchase a firearm. This will apply to both standard firearms and pellet guns.

Just as how gun laws can vary from state to state, so too can the conditions for expungement. Many states have a waiting period before an expungement can be considered. Felons are also required to have completed the terms of their sentencing.

In some states, the type and severity of the crime may make one ineligible for expungement. When making a case for expungement, it can help to have completed a diversion program or performed community service.  Consulting a lawyer is a good way to understand your chances.

A governor’s pardon can also help in restoring gun rights. Again, this will vary depending on the state. The nature and severity of the crime and your rehabilitation will also be factored.

For those convicted in federal court, none of the reliefs above will work. There is no legal process for expunging federal felony convictions. There is, however, an exception for relief for non-violent federal crimes under the Federal Controlled Substances Act.

Those that do not qualify for this will need to apply for a presidential pardon. You can look up the rules governing these petitions via the Department of Justice(DOJ) website. Keep in mind that pardons are hard to come by and take a long time to be processed.

Pellet guns can do much harm because of the superior velocity of the ammunition. As said, the shorter the distance between the gun and its victim, the worse the harm that occurs.

At greater distances, the injuries can often be superficial. However, at close range, and to vulnerable parts like the eyes and ears, the harm can be more devastating.

As a felon, it is vital to avoid any appearance of impropriety. Being seen in possession of what looks like a gun can cause trouble.

Before you even consider buying a pellet gun, seek legal counsel. Ensure that you are not contravening any local or state laws.

If you are legally allowed, abide by all requirements. Even if it is just for hunting or target practice, ensure you transport the gun as required.

If your felony conviction involved the use of guns or violence, it may be worthwhile to avoid this altogether. However unintentional, you may end up facing weapons charges. It is better to be safe than sorry.

When consulting your lawyer, find out if you qualify for a pardon or expungement. These options would make it easier to not just acquire a gun, but also avoid excessive scrutiny.