Being an ex-convict you will have certain constitutional rights revoked. For example, you will not be able to own or possess a firearm anymore. And in case you live in New York, not even a weapon which doesn’t necessarily classify as a firearm.

Another example is the right to vote – you will not be able to do that either. You will also lose the right to serve on a jury. 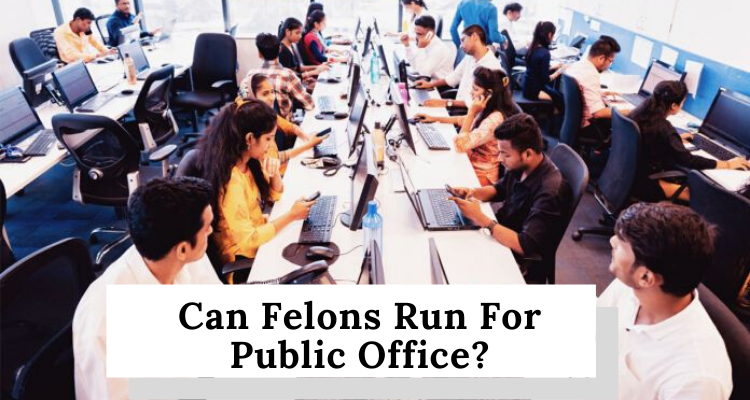 We will answer that question in this post, so keep on reading to find out more about it.

As you know, running for public office means running for a job with the government. The same government whose laws you broke in the past. You can see that this might be an issue, right?

Even though it might be difficult and time-consuming, running for public office is not impossible for a felon. You will have to arm yourself with legal knowledge and patience. A lot of patience.

Different offices have different restrictions, so make sure to check for each one individually.

The biggest differences are the differences in laws between states. Depending on where you live, you might have a really hard time running for a public office. On the other hand, if you’re just a tiny bit luckier, it might be a lot easier for you.

Now, you might be thinking, “What about my state?” You are about to learn more about it!

As you are aware, different states in the USA do have different laws. This also applies to our question of whether a felon can run for a public office or not. Let’s dig a bit deeper into this issue.

For example, in Arkansas, a felon will not be eligible to hold a public office position. According to Article 5 of the Arkansas constitution, anyone convicted of an “infamous crime” will lose this right.

The situation is similar in the state of Pennsylvania. Their law states that if you have been included in any kind of financial crime, you automatically lose the right to run for a public office.

In Texas, things are not as clear, however. There is no law saying whether or not an ex-convict can run for elected office. The current situation is that one of the mayors in Texas is indeed a felon, and he has fully served his sentence.

That means his voting rights are restored. His opposition claims that this fact does not make him eligible to run a public office though. This case is still in court, and we will have to wait until they solve it to know the answer.

On the other hand, the law in California is very clear when it comes to this issue. If you are convicted of a felony you are banned from running for public office.

Let’s talk a bit about Georgia now. Know that if you committed a crime of moral turpitude you won’t be able to hold a public office. There is some good news, however. If your rights are restored and 10 years have passed since you completed the sentence, you can run the office.

All in all, state laws defining whether a felon can hold public office are not very clear in most of the cases. The best thing you can do is learn about the law in your state and consult a lawyer.

If all else fails, you will always have the option of going through the process to restore your civil rights. Keep on reading to find out more about this.

To be eligible for your civil rights restoration you must have completed the whole of your sentence, probation included. You must not have any pending criminal charges and you must pay the restitution.

The good news is, a lot of states will restore your civil rights automatically after you complete your probation. Get in touch with your local authorities to learn more about this. 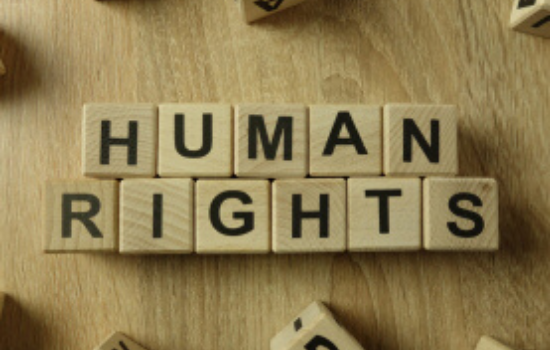 What if the federal court convicted you? If that is the case, then you can apply to restore your civil rights in the state where you currently reside.

As we know, the exact processes differ slightly from state to state. In general, you want to start the process of clemency. What does this mean for you?

This means that you might be on the right way to restoring your civil rights. If you opt to ask for clemency, be aware that your criminal record will not be erased. It will still be in the public record.

Your clemency might come in the form of a pardon. That means that you are legally forgiven for the crime you have committed. This further implies that the government has restored all of your rights.

First of all, you will have to state the reason – why are you seeking clemency? You will have to give your reasons why this would be in the best interest of the public and of yourself. Your criminal record after the felony you committed has to be clean.

Get yourself involved with the community and charitable services, this will mean a lot.

You will need to submit letters of recommendation from at least three people who are not your closest family. Except for that, as a part of a process, you will have to contact the victim, so be ready for that.

Before committing to a process such as this one, it will be of utmost importance to contact your lawyer. They know the law in details and they will let you know what exactly you have to do.

And remember – clemency will not clear your record. It can enable you to run for public office though. And to achieve that you will have to develop a plan for success.

Having a Plan for Success

Your civil rights are now restored and you can finally devote your time and energy towards your goal. Remember – having a good plan will get you a long way.

Being a felon does not make you a typical candidate for a public office. People will be curious, they will ask questions. The ones that know nothing else about you might even be suspicious.

“I don’t want to see an ex-convict in that position.”, they might say.

Do not allow yourself to get discouraged. With time, you will learn how to properly deal with this and it will not present a problem to you anymore.

A good start is to accept it for what it is and do not try to hide it. On the other hand, do not overemphasize it.

Yes, you have committed a felony. It is a part of your life and you realize how wrong that was. People can change, and you have changed a lot since that time.

You have grown as a person, repented and learned a lot about yourself. Now, you are ready to move on with your life, and this time, you want to do all the right things. Right for you and everybody else.

By being in the public service you are sure you will be able to offer help to a lot of people in need. And that is who you have become!

Do not let the naysayers disturb your vision. You know who you have become and it is time for the rest of the world to know.

Just remember this – never be too defensive about it when the issue is raised. Stay calm, be open about it and use the opportunity to show how your life experience has changed you.

This is for the friends and family of a future candidate.

You will have to be their biggest support. There will be a lot of obstacles to overcome and no one would be able to do it all alone.

Be there for them, listen to their concerns and comfort them when times are tough. Remind them that they chose this path to serve other people and that the path is not easy. Have the goal in mind and know that it will all be more than worth it in the end. 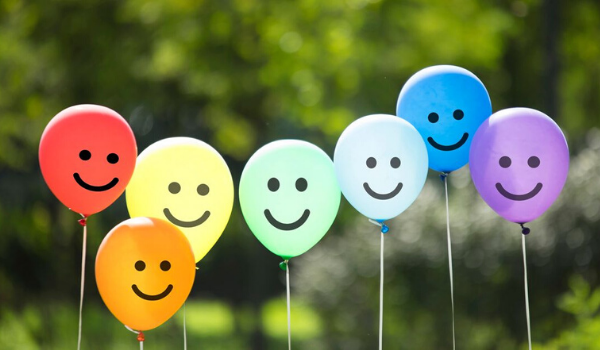 Prevent them from giving up! You will be grateful that you did.

Felons who made it

Besides having your family and friends in your ranks, we thought you should know that some other people shared your goal as well. And some of them have made it! Here are some felons who successfully ran for public office:

Joe Ganim is a mayor of Bridgeport, Connecticut. He was found guilty of corruption in the federal court after which he served a sentence of six years.

That did not prevent him from becoming a mayor in 2015.

Mr. Edwards served as a Governor of Louisiana for four terms, twice as many as anybody else. The last term he served was from 1992 to 1996. After that, in 2001, he was found guilty of racketeering.

After serving his sentence in prison, he was released in 2011 and completed his probation in 2013. He won’t be able to seek governorship until 15 years have passed from the end of his sentence.

Even though he is unable to be a candidate for a governor, he ran in the 2014 election for the US House of Representatives.

What you should learn from Edwin W Edwards is that in case one position is closed for you, you should look elsewhere!

Buddy Cianci was a mayor of Providence from 1990 to 2002. In 2002, he was found guilty of running a corrupt organization. Consequently, he was sent to prison and he had to serve 5 years.

They released him in 2007, and in 2014 he ran for the office again. This time he did not manage to win though.

Nonetheless, he was able to give it a shot and so should you!

As can be seen, there are some real-life examples of felons who managed to run for public office. Some of them made it, some of them didn’t. Let them be your inspiration and try to learn from their mistakes.

Let’s face it – being a felon is not something that will help you in running for a public office. However, that should not stop you from trying to accomplish your goal!

Be patient and consult the lawyers in your state, they will be of great help. Once you determine what steps you have to make, the only thing that’s left is to follow the plan.

Remember to accept your past and let the people know how you have learned from it. In fact, show them the person you have grown into. Do not try to hide anything, but also don’t make it the biggest of deals about yourself.

You can expect to come across a lot of obstacles on your way to the public office. Despite the difficulties, just remember to keep your family and friends close, and consult them in times of need.

When you need some additional motivation, remind yourself that you are not alone on this road. There have been other people in your situation before and they came out as winners.

Last but not the least, stick to the plan even when it’s hard. Equally important – believe in yourself, and you might even accomplish what you strive for!