Can I get into the Navy as a felon? That’s a question that many Americans find themselves asking each year, and unfortunately, the answer is a bit more complicated than you might like.

But Know that, if you’re thinking about joining the military, you’ve made a great decision. 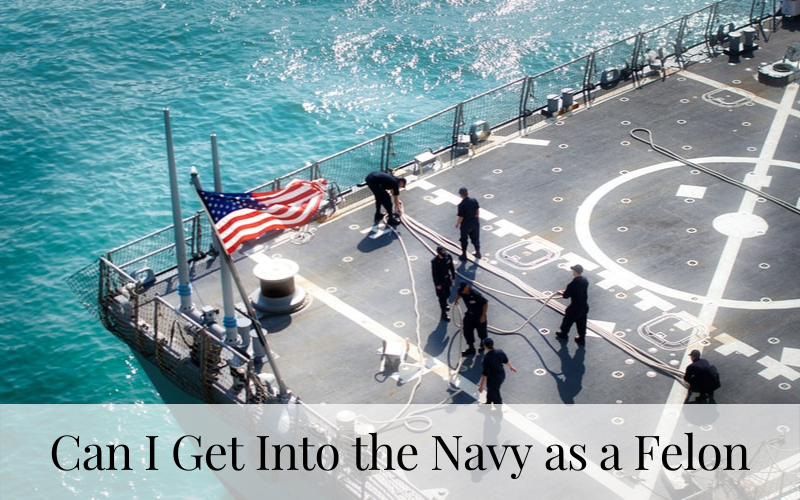 Joining the military is a great way to improve your resume and to learn new skills that will make you marketable for hundreds of different types of jobs. If you don’t have an extensive work history to fall back upon, joining the armed services is a wonderful way to bolster your skills and improve your job readiness. It can also prove to an employer that you are hardworking and dedicated to your country.

The Navy is one branch of the United States military. Each year, hundreds of thousands of men wand women attempt to enlist – but not everyone is successful in doing so.

But wait, you might be asking, doesn’t the military take anybody?

Here’s what you need to know about joining the navy as a felon.

Can I Get Into the Navy as a Felon?

Joining any branch of the military with any type of criminal history can be difficult, but with the Navy, you may have a chance. The Navy, like other branches to an extent, will base your acceptance on the type of crime and whether it is of “sound moral character.”

What the heck does that mean?

To be frank, it means that there is no clear cut answer on whether your felony will disqualify you from military service. You are going to need to read into the fine print to find out whether you are eligible or not.

Now, this isn’t to say that being accepted into the Navy will be easy, as they do hold a high reputation for their branch. Know that certain exceptions can be made if the administration believes the candidate will be a great addition to the Navy. After all, this is one branch that truly wants to accept the best of the best – and it will make exceptions when necessary. 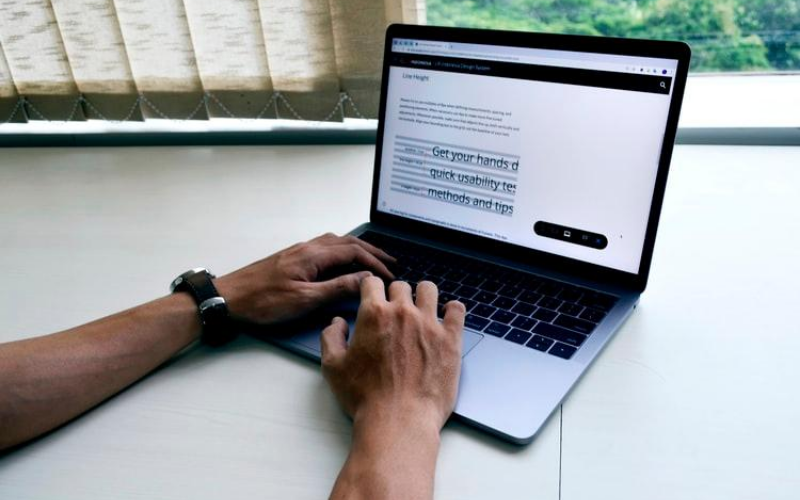 As you may already know, the Navy won’t just recruit anybody and everybody. The screening process for the Navy is thorough to ensure the recruit fits the branch’s standards.

The Navy requires that the recruit has to meet their specified moral and character standards. Before entering the service, an initial screening is done on the recruit before proceeding to the interview, where their records will be pulled. This would detail any misdemeanors they may have previously or currently have. There are also numerous interviews that need to take place to determine whether the candidate will be a good fit for the service.

The Navy uses a chart to classify felony or misdemeanor convictions to assist them with screening recruits. This chart is not always available to the public and it can change, so just do your best to shore up any unclear or murky incidents in your past that you think might come up in the screening process.

Don’t let your dreams of joining the navy die just yet! In many cases, you may be able to qualify for a felony waiver, also known as a moral waiver.

The Navy allows recruits to use a felony waiver. Felony waivers are a form of special permission given to a U.S. military recruit that has a felony or misdemeanor on their criminal record. It is to be noted that a felony waiver will not guarantee enlistment into the Navy.

Recruits will be automatically disqualified for acceptance into the Navy if their felonies are sex-related crimes (sexual assault, possession/distribution of child pornography, the kidnapping of a minor). A felony waiver in these situations won’t help a candidate proceed further in the recruitment process.

There are a few things that the Navy administration looks for when considering a felony waiver. •For starters, you should have no preceding violations or ongoing legal proceedings. YOu also need evidence of rehabilitation (proof that you committed a felony, but are remorseful and have turned your life around).

Similarly, you will also need to have successfully completed probation or parole. As with all Navy applications, you’ll also need to submit ASVAB scores.

It’s worth mentioning that your odds of being accepted into the Navy with a felony are substantially higher if the Navy is in high need of new recruits. If they are in a so-called famine state, they are going to be more desperate-  and more likely to accept you regardless of your felony background. That’s not to say that meeting the above requirements isn’t important, though.

As mentioned before, the Navy holds itself to a high standard and requires its recruits to be the same. The Navy heavily focuses on what they call “sound moral character.” But what does that mean?

What does this have to do with the Navy and felons?

Given this information, the Navy administration can disregard or disqualify your application based solely on your felony convictions.

If you are a repeat offender, your chances of getting into the Navy are already quite low, so try to search for other jobs that may be more accepting of your criminal past. 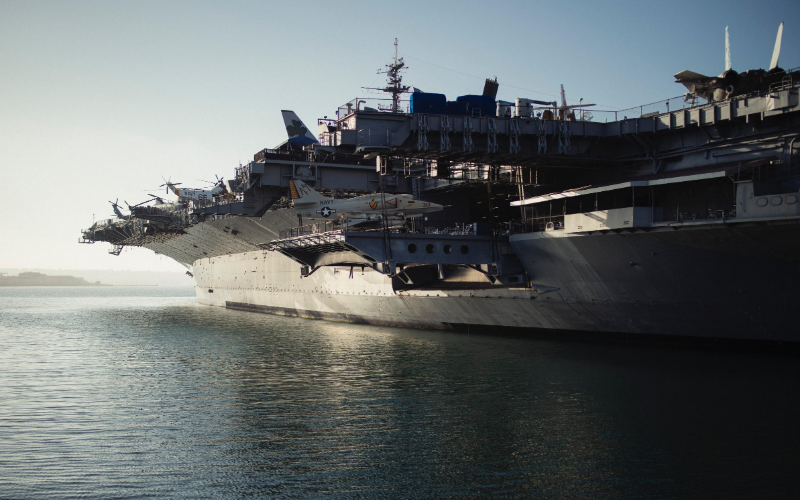 Now more than ever, the Navy is more lenient with their screening process, so don’t be afraid to give enlistment a try. In fact, when the country’s economy is booming, the Navy’s guidelines are lessened as they become in high need of recruits.

Be honest about your past. It’s best to be upfront about your past as it will come to light during the screening process. Being honest, which is a part of good moral character, is important to the Navy, so be open about your felony convictions. You aren’t going to be able to hide anything – and it will look much worse if you do. Be upfront and open at the outset, and you may be able to get around the barriers.

The ability to serve your country in the Navy would be an amazing way to give back and start your career over. However, the Navy can be strict when it comes to felony convictions, so be sure to have a Plan B if you are disqualified to serve.

If the Navy doesn’t work out, don’t worry. You can find a long list of career opportunities here, all of which hire felons. Be sure to check it out!