The number one reason Americans buy guns is for purposes of protection. Even as a modernized Western nation, the US still suffers from criminal activity.

From burglary to assault, there are many ways criminals can find their way into homes and cause harm. So it comes as no surprise that so many people feel the need to exercise their right to bear arms.

However, this right can become difficult to pursue when you have a felon in the household. This problem has given rise to questions like: Can I own a gun if my husband is a felon? 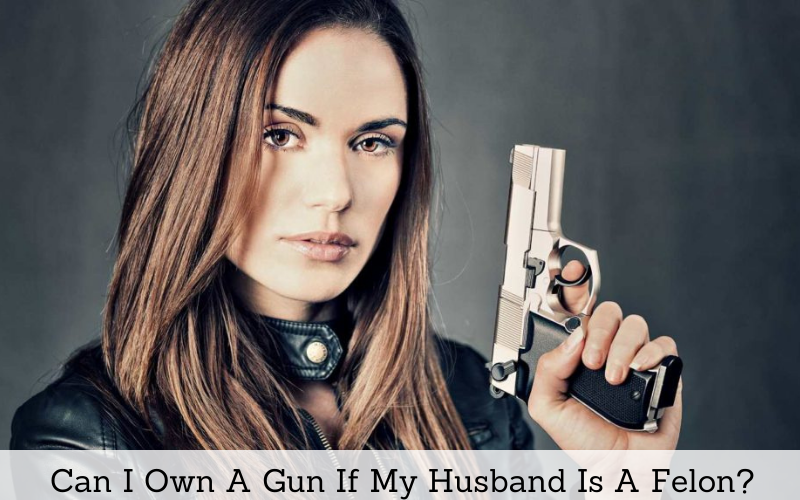 This can be a genuine concern for those that have no criminal record. While they might not be in any danger, they risk putting their partner back in prison.

Before we address the issue of felons and guns, let’s look at why someone would need a gun. 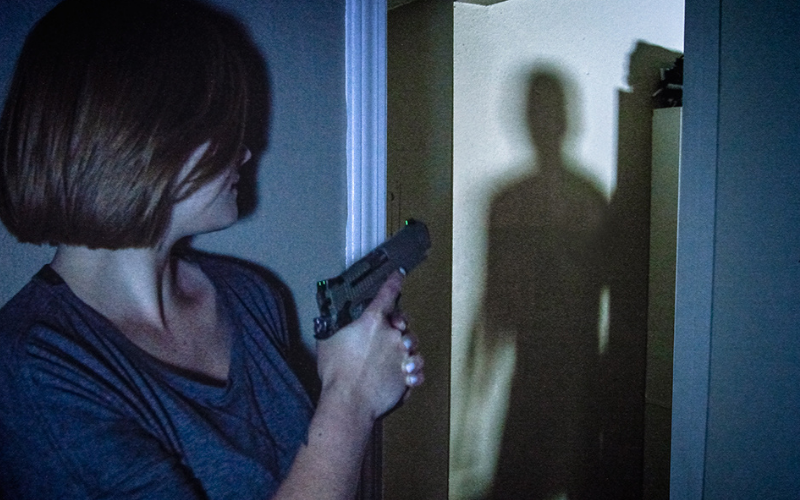 For many that own guns for home protection, there is a real sense of security achieved. People feel safer and more confident in tackling any home intrusion.

And it does work as a strong deterrent. Most burglars will not attempt to break into a home they know has a gun. They know that if detected, they may end up shot.

Often, the mere threat of getting shot can cause an offender to flee. That means the gun owner does not necessarily have to shoot a person to stop a crime.

The desire to protect your family and belongings makes it tempting to consider this option.

Outside of home protection, guns can also be used to hunt. In many parts of the US, people can legally hunt with guns. This can provide a good food source for the household.

In some places, a gun can also provide protection against wild animals like coyotes and bears. Sometimes humans are not always the predator so having a gun can help even the odds.

On the downside, there is the risk of accidental injury. Many children have managed to access their parents’ guns and end up hurt or killed. A suicidal person in the home may also opt to use a gun.

For millions of people, the risks however outweigh the benefits, hence growing gun ownership. So what is the problem with felons and guns?

The Gun Control Act of 1948 makes it illegal for felons to possess any firearms upon conviction. As a federal law, it overshadows any contrary state laws that may permit felons this right.

The only way that a felon may have these rights restored is through a pardon. A pardon based on innocence revokes the criminal prosecution and restores full rights.

A pardon may be granted by the state through the governor’s office. Federal crimes are however only pardoned by the POTUS through the Department of Justice. If a state does grant a pardon, federal authorities will permit gun ownership.

Pardons are however often hard to come by. And even when granted, they mostly apply to low-level offenses. Those convicted of serious felonies like armed robbery and murder are unlikely to be pardoned.

Different states have different laws and penalties that apply to felons found in possession of firearms. Some will allow felons to possess firearms after long waiting periods and under strict conditions. Others will restore gun rights automatically to non-violent felons upon completion of their sentences.

However, as said, federal laws supersede state laws. So if charged by federal authorities, a felon may face up to 10 years in prison as punishment.

This makes it hard for many spouses to decide whether to have a gun in the home. Even if it is registered under their name.

Can A Spouse Have a Gun at Home? 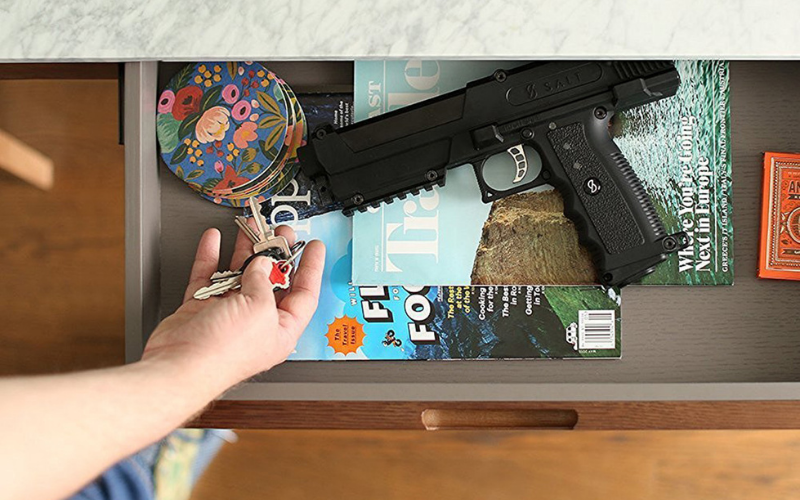 You would assume that as a law-abiding citizen you have the right to gun ownership. But the risk here applies to any other resident in the home that is a felon.

Even without having the gun in their actual possession, a felon must avoid any association. Constructive possession means the felon may have some control or knowledge of the gun in the house.

Some spouses may take the precaution of keeping their guns under lock and key. They can have it in a gun locker, locked in a room they access alone. However, this may not be good enough for all prosecutors and judges.

As long as the felon is a resident, it is assumed they have access to all rooms. Even with extra precautions, this access can be open to interpretation. There can be added complications if the felon is found to have ever had the gun in their physical possession.

While the non-felon spouse may have the right to a gun, it clashes with the felon’s loss of rights. Insisting on keeping a gun in the home opens the felon spouse to the risk of prosecution.

And it is easily possible for this to be revealed to authorities. If you shoot a criminal on your property, the gun will certainly be evidence. This in turn will be linked to other residents and could lead to legal charges.

At the risk of inadvertently sending your husband back to prison, it is smarter to not own a gun. Since most people buy guns to protect their homes, alternative home security options should be considered.

You could opt to rescue and train a dog. They make for a good alert system and will often deter burglars. You can also invest in a home surveillance system. The cameras and alarms can also be highly effective in discouraging any intruders.

Even something as simple and affordable as a deadbolt on the door can help keep trouble out.

Remember that loss of gun rights also relates to ammunition. Ensure that you do not keep any firearms or ammo in the home to avoid complications.