For a crime to be a felony, a term of over one year in prison is typically given. These are the more serious of offenses. However, the sentence passed by the judge is not the only price paid.

After release, felons find that their debt to society continues. There is bias in trying to secure gainful employment and decent housing. Many have to compromise, finding whatever low paying job or felony friendly housing they can.

They also discover the loss of certain civil rights. These include gun rights, the right to vote, and parental rights. Some will also question: Do felons get jury duty? 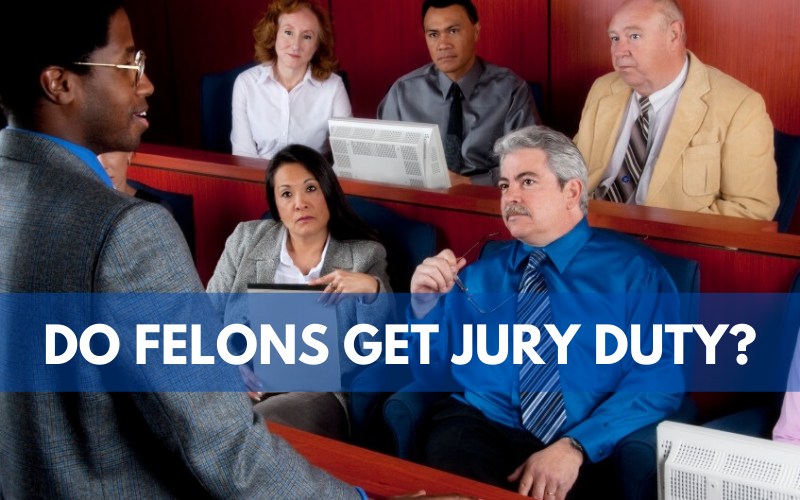 This may seem like a trivial issue. Many people actually avoid this civic duty as they feel it takes away from normal living. They have to take time off or arrange for childcare.

Felons get to experience how the justice system works from the inside. Once released, they may want to be on the other side for once. Being a part of the process of helping someone get justice can feel good.

Some felons will have served jury duty before they were charged with a crime. They perhaps have the best understanding of the meaningful role being carried out.

However, even for those do not want to serve on a jury, having the right taken can be upsetting. We all still want to have the same rights as everyone else.

Let’s look at what it means to be a juror.

What is Jury Duty

In many minor cases, the decision as to guilt often rests with the judge. For offenses that may attract a punishment of over 6 months in jail, a jury trial is required.

For many people, a jury decision is considered less biased. Jury decisions do not rely on the view and understanding of just one person. Rather, it is a result of the deliberations of peers from diverse backgrounds on the evidence given.

Jury selection is a process by which jurors are chosen from a pool of randomly selected candidates. It begins with the judge confirming the potential jurors are qualified to serve. They should not undergo any suffering to do so.

Thereafter, lawyers from both sides get to query the jurors. They will want to find out any biases, experiences, or background that makes them unfit.

They should also not have any pre-existing info on the case. This can interfere with impartial judgment.

The lawyers then make challenges for cause to remove jurors they consider unfit. This can take some time until an acceptable selection of jurors is found.

The number of jurors required to hear a case can vary based on state. The number can be between 6-23.

Once the choice is done, the jury is sworn in before the trial process begins. 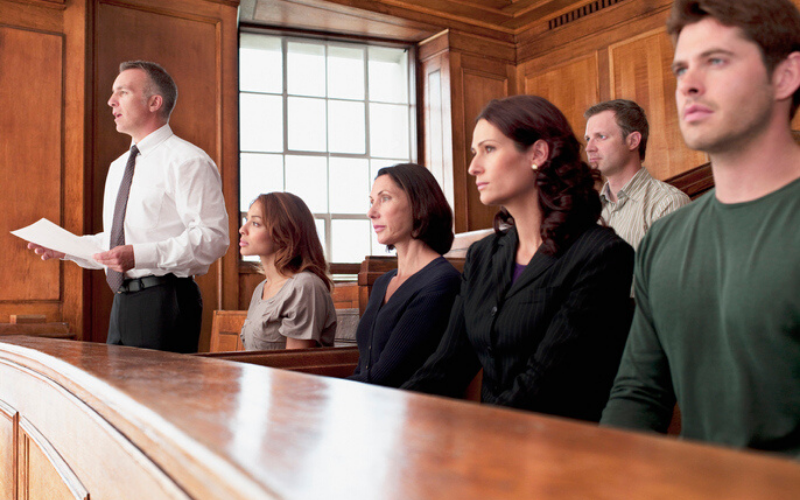 There are minimum qualifications to serve on a jury. These must be checked on by the judge during jury selection. They include:

There are certain groups of people that are exempted from serving on juries. They include:

Potential jurors are randomly selected from residents registered to vote. They can also be chosen from vehicle registrations.

Felons lose the right to vote and therefore serve on a jury. If somehow called upon, they will be eliminated during jury selection.

Members of the public are typically called on for jury selection through a court summons. This summons arrives by mail. It provides time, date, and location of the courtroom in which to present themselves.

Potential jurors can be excused for reasons of hardship. For instance, those caring for a sick or disabled family member. They may be found to suffer untold hardship by being on a jury.

If in this category, it is best to write a letter to the court clerk explaining the issues.

Can A Felon Serve as A Juror? 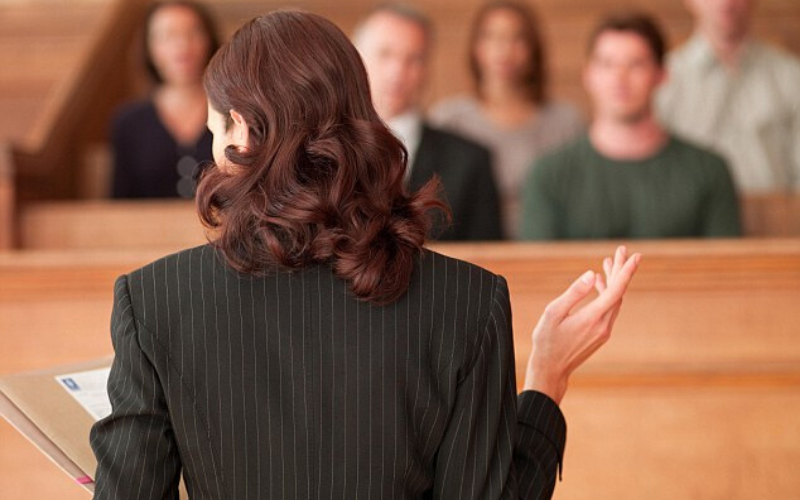 As mentioned, the pool of candidates to become a juror originates from the listing of registered voters. Because felons lose their right to vote, they automatically also lose the ability to be a juror.

It is however not impossible to find yourself being called up. Juries are required in many local, state, and federal courts. And, in some cases, potential jurors are chosen from the list of local vehicle registrations.

Mistakes can happen. If a felon is summoned, they will likely be disqualified by the judge based on past crime. It is vital to be honest when asked to avoid a case ending in a mistrial when exposed.

Most states have laws that ensure felons cannot be on a jury unless their rights have been restored. Those facing charges for a felony or theft are also disqualified. Those on probation are also not eligible.

Can A Misdemeanor Disqualify a Potential Juror?

As said earlier, felonies are considered the more serious of crimes. Misdemeanors are on the other hand are lesser crimes. Their penalties do not exceed more than a year in jail.

Misdemeanor offenses may not disqualify a person from serving on a jury. They also do not lead to removal from the electoral roll.

Some of the most common misdemeanor offenses include:

The classification of crimes as misdemeanors or felonies can vary according to jurisdiction. What can be a felony in one state can instead be a misdemeanor in another.

It is also possible in some places to have felony convictions downgraded to misdemeanors. For instance, this is offered under Proposition 47 in California. The process helps felons achieve better access to jobs and housing.

Keep in mind that just because you can be summoned for jury duty, does not mean you will serve. In many cases, even a misdemeanor offense can be used as grounds to disqualify you. This move to disqualify can be made by the judge or either of the lawyers.

How to Get Your Rights Reinstated?

Despite many not appreciating having to serve on juries, it does not mean they want the right taken away. Reinstatement of civil rights is of great benefit to felons. It provides a means of returning to normal living.

It relates not just to serving on juries, but also the ability to possess a gun, vote, and more.

Reinstatement is typically achieved through expungement. Besides restoring rights, this also means that your background checks will come back clean. It is as though you never committed a crime.

Expungement has helped many felons get back on track career-wise and access the same benefits as non-felons.

the regulations that qualify a felon for expungement will often vary according to state. It is only state prosecuted crimes that qualify for this relief.

There is also the alternative of a governor’s pardon. The pardon must, however, be ‘full and unconditional’ to restore all rights.

A presidential pardon is the only relief for federal crimes that can restore rights.

Pardons, however, tend to be rarely granted. The majority of those accepted tend to be for non-violent crimes. Felons convicted of violent offenses are unlikely to be successful with this application.

Because of the differences in laws across different states, it may be a good idea to consult a lawyer. They often offer free initial consultations where you can discuss your case. This is an opportunity to determine what chances of securing an expungement or pardon you have.

Being on the right side of the courtroom is a good feeling. Performing a civic responsibility can also be appreciable. It means you have truly reintegrated back into society.

However, felonies and misdemeanors are often used against potential jurors in selection. For this reason, you should not attach too much importance.

Rather, focus on the more tangible benefits you can enjoy from having your rights reinstated. Without a criminal history on your background check, you have access to more and better jobs. If you enjoy hunting, you do not have to worry about legally owning a gun again.

Your overall quality of life can drastically improve.

It is definitely possible for felons to serve on a jury after the reinstatement of rights. That should however not be the key reason to pursue this action. Consider the bigger picture and better gains you can achieve instead.