Gun ownership can sometimes be a controversial issue. But this does not change the fact that for many, it remains a top choice for security. Many people feel safer knowing they have such a powerful weapon within easy reach.

Besides home and personal security, guns are also popular for hunting and target practice. For some, this is more than just a hobby. It is a big part of how they feed themselves and their families.

Felons face a big challenge when it comes to accessing guns. Many wonder, do pawn shops run background checks for guns? 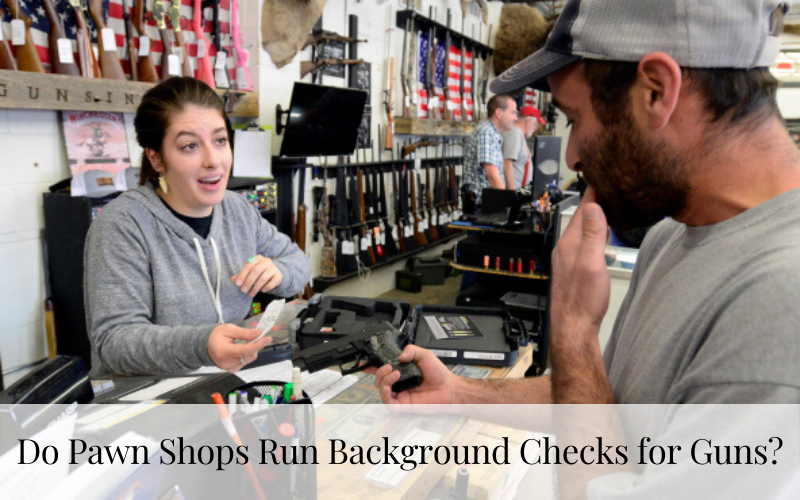 Pawn shops can seem a good alternative to regular gun dealers as they do trade in guns. While most gun dealers deal exclusively in firearms and ammo, pawn shops offer a more varied selection. This often includes guns.

So let’s look at how pawn shops work and whether they are a safe alternative to dealers.

Pawn shops do not conventionally acquire their stock of weapons. Gun dealers source their firearms and ammunition from manufacturers, wholesalers, and other dealers.

Pawn shops accept personal items as collateral for loans. Often the value of the loan is a fraction of the value of the item being pawned. In some cases, pawnbrokers will accept to outrightly take items for a sum.

Sometimes people are unable to repay the loan as per the terms stipulated. When this happens, the pawn shop can then put up the item for sale to recover their monies.

Pawn shops have a preference for collateral items with good resale value. This includes such items as jewelry, high-quality tools, and firearms.

It is quite common to walk into a pawn shop and see a gun display with a variety of options. Some options, like antique muzzleloaders, are a gray area.  However, for firearms that use modern ammo, greater consideration is needed.

Let’s discuss background checks and what they mean for felons looking to buy guns. 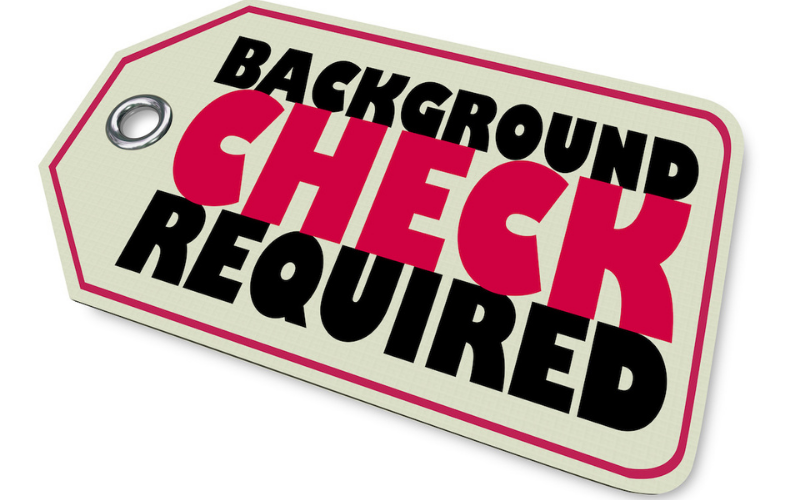 Yes, they do. Just as with gun dealers, pawn shops are required to run background checks when selling guns. Background checks are also done when returning a pawned gun to its owner after they have repaid loans.

While most pawn shops will focus on the criminal background check, some delve deeper. They can also look into credit reports to determine how risky a borrower you are. They may also check your DMV records, mental health history, military record, and drug screening.

The only way a felon may get away with handling a gun in a pawn shop is when selling it outrightly. However, even when selling you will need to provide valid identification and an address. These records are well kept by pawn shops and allow a firearm to be traced back to you.

Because gun possession is such a serious charge, even a sale may result in charges if discovered. There have been cases of felons selling off their guns upon release being charged years later.

This can easily happen if the gun is later used in a crime and its ownership history probed. Tracking is normally via the gun’s serial number.

To trade in firearms, pawn shops must have a Federal Firearms License. This license can only be acquired through the Bureau of Alcohol, Tobacco, Firearms, and Explosives, (ATF).

Once licensed, pawn shops are required to use the National Instant Criminal Background Check System (NICS). This system confirms if a person can legally buy or own a firearm.

If a person fails this background check, the pawn shop cannot sell them a firearm. Nor can they return one that was pawned to its felon owner.

Federal law explicitly strips felons of their gun rights. This is as per the Gun Control Act of 1968.

Because businesses licensed to sell firearms must carry out background checks, felony charges are usually discovered. Failing the background check disqualifies a person from being able to buy firearms.

This also makes it impossible for a felon to be granted a concealed carry permit. Even living with a partner that keeps a gun in the home is risky.

It is in the best interest of felons to avoid the slightest relation to firearms. At least until they can have their gun rights restored. In some circumstances, this can be achieved and make it possible to access guns legally.

Keep in mind that this does not just apply to felons. In some states, certain violent misdemeanor offenses can lead to the revocation of gun rights.

If you are on probation or parole, you will also want to check the conditions of your sentence. If it prohibits gun possession, a violation may send you back to prison.

Also, avoid the risk of straw purchases. This is whereby a felon may use another person to purchase a gun on their behalf. These sales are often discovered and can lead to an arrest.

Let’s look at how a felon can avoid all these complications by restoring gun rights.

How to Restore Gun Rights? 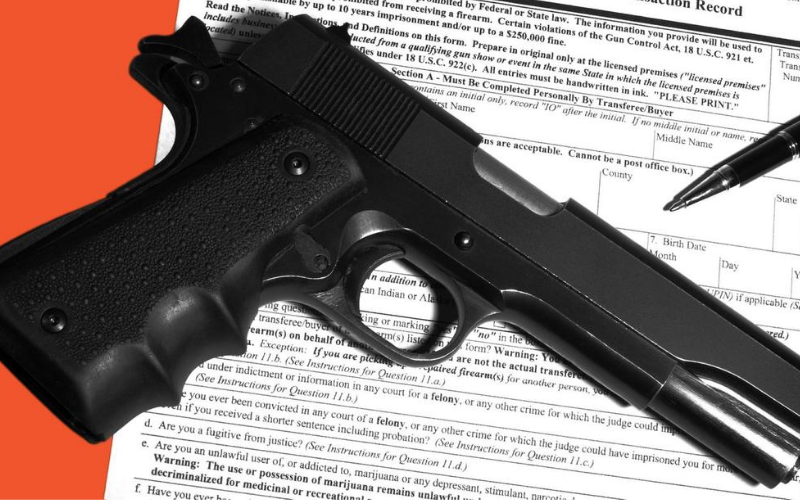 The best way to get your gun rights restored is through the expungement of your criminal record. This can happen if the crime was committed long ago and you maintained a clean record since. Also, if the crime was non-violent and a first-time offense.

Some state laws do tend to differ with federal law. In some jurisdictions, cases prosecuted in state court may not automatically strip a felon of gun rights.

You may need to consult a lawyer to confirm if you may still possess a gun. Or, are eligible to apply for gun restoration at the state level.

Some states also allow for certain convictions to be reduced from felonies to misdemeanors. Most misdemeanor offenses do not lead to the loss of gun rights. However, even with a reduction, some states may not restore rights lost.

Pardons are another way to go. Federal pardons are approved by the president, while state pardons go through the governor’s office.

They are a lengthy process with low rates of approval. Always seek legal counsel on what relief you best qualify for and will lead to gun restoration.

Going to a pawn shop to buy or pawn a gun is a no-no. If you have pawned your gun, then you are already at risk of being arrested.

Before thinking of dabbling in firearms, the best approach should be to have your gun rights restored. Until this happens, avoid handling any guns or ammunition.

You may be able to make use of alternative weapons like crossbows or soft pellet guns for hunting purposes. Do however consult your local and state laws. These laws can often vary according to jurisdiction, classing some weapons just as dangerous as guns.

If you feel the need for some extra home security, consider adopting a dog. Or invest in a good home security system.