There is nothing quite as satisfying at the start of the day than a good cup of coffee. It stimulates and warms you up just right. For many people, the day has not started until they score that daily shot of java.

Starbucks is one of the most popular coffeehouses in the world. It has over 15,000 locations in the U.S. alone. For anyone interested in working for this prestigious chain, several questions do come up.

One of the more trending queries is: Does Starbucks drug test? 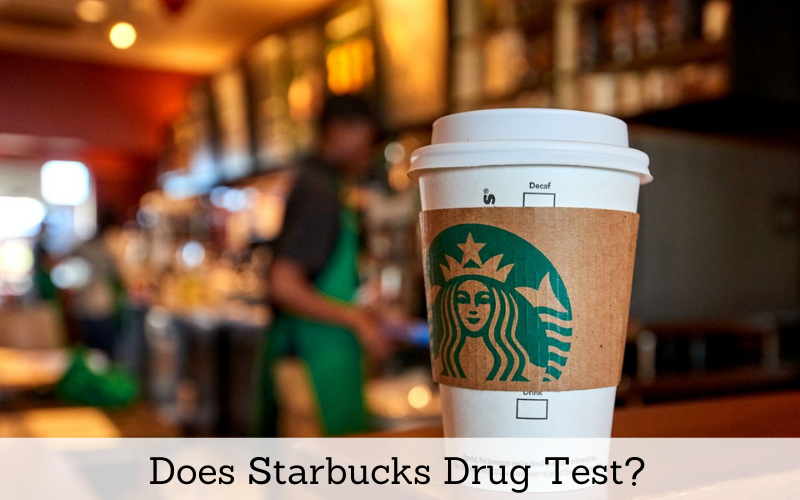 This issue has become more highlighted in the face of the growing acceptance of marijuana use. More and more states are making marijuana legal for both recreational and medicinal use.

As a result, many people are enjoying their consumption in a variety of ways. From tinctures to baked goods, many people can consume marijuana discreetly.

It is however impossible to hide this drug use when tested in lab settings.

But why are employers concerned about drug use amongst employees? Especially if its use has been legalized at the state level? 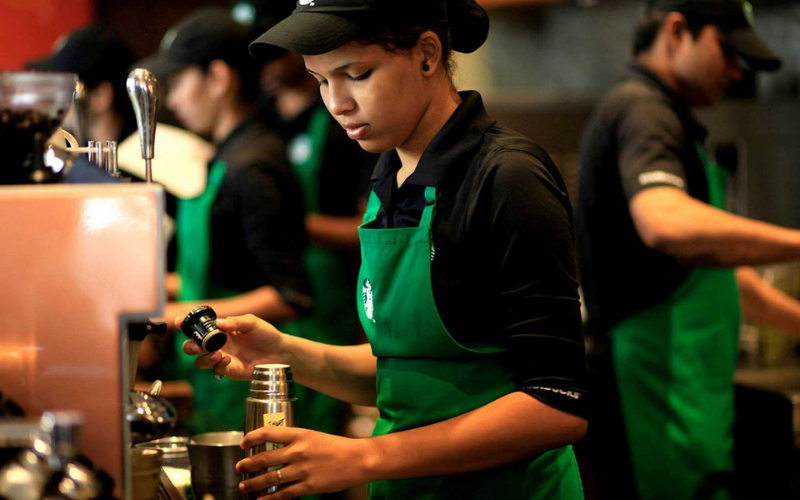 Safety concerns are a big issue for employers. They want to know they have hired competent people, able to perform as expected. They need to be able to take instruction and provide reliable and consistent work performance.

All this tends to go out the window with drug use. Many illicit drugs can affect brain function.

Some will overstimulate and lead to erratic and disruptive behavior. Common stimulants include cocaine, ecstasy, and amphetamines.

Others have a depressing effect. It slows their reaction times and causes a decline in focus and coordination. Cannabis, opiates, and alcohol are known to elicit this reaction.

Hallucinogens are another type of drug that distorts reality. They can cause extreme physical reactions. Cannabis is also considered amongst this grouping, alongside LSD and PCP.

Prolonged use can cause someone to build up a tolerance. To combat this the person increases dosage and quickly becomes addicted.

For employers, these reactions are undesirable in the workplace. An employee that cannot perform and is liable to have an adverse physical reaction is a risk.

They could end up harming themselves, colleagues, or customers. They could also end up damaging company property.

This also raises liability issues as the employer could end up sued in case of injury or death. Drug testing is a means of avoiding this risk. 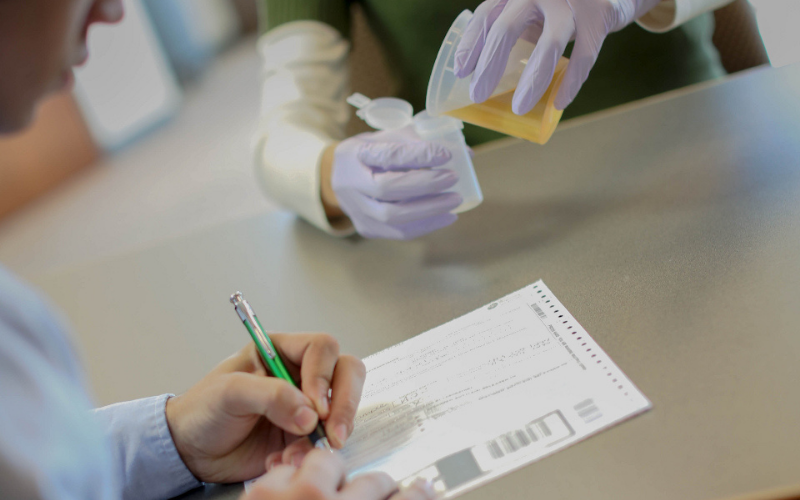 Drug testing is often done as part of pre-employment screening. This means that you have to be clean to be hired. It is often made a requirement for conditional offers of employment.

This test is typically conducted alongside background checks. So, even if you pass the interviews and other assessments, you may still lose the job. That is if you fail the drug test or background check.

Most employers undertake a 5-panel drug test. This test checks on 5 specific drugs in the system. These include cocaine, cannabis or THC, amphetamines, PCP, and opiates.

For more senior jobs are corporate offices, this panel may be expanded to 7 or 10 drugs.

These tests are usually conducted at a medical facility. They will take a sample from the person.

Drug tests can be conducted in a variety of ways. This includes blood, sweat, saliva, hair, and urine. Urine tests referred to as immunoassay tests are the standard for most labs.

A medical officer will often oversee the collection to ensure no adulteration or substitution. It is common for those trying to cheat the test to bring in another person’s urine.

Once the sample is collected and submitted, it takes just a few days for the results to come out. 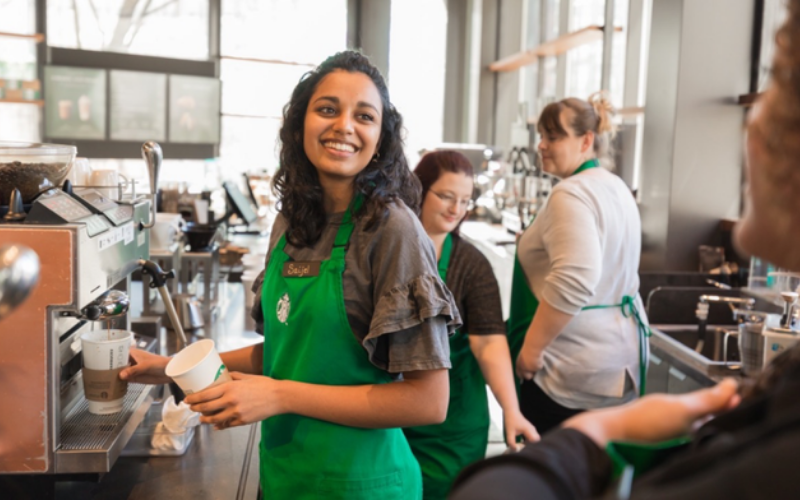 Yes and no. Since many stores are run by franchisee owners, they do have some say over this. Some stores do conduct drug tests, while others do not.

To be sure you may have to ask employees from the location you wish to join what actually happens.

Generally, Starbucks has policies against drug use amongst its employees. They do expect outlets to drug test for pre-employment screening. However, employee testimonials indicate that is not always the case.

It seems that the hiring manager is the final say on this. If he/she suspects drug use during the interview, they may require it.

Drug tests can also be conducted later on, even when already employed. Random screenings are a good way for employers to keep employees on their toes. You never known when you may be asked to test and you are given little, if any, notice.

Tests are also often done when there has been a workplace incident. Especially if there has been an injury or death. And if the employee involved is suspected of having been high at the time.

The test can also be demanded even where there has been no incident. Unusual behavior from an employee can justify this request. Or, if they have been spotted with body marks or drug paraphernalia.

Starbucks is a great place to work. They have excellent benefits, offer good training, and flexible work hours. The company is also known to give even felons a fair shake.

However, despite the desire to secure or maintain a job, many still find it hard to abstain. Where you know there is the possibility of pre-employment screening, do try to lay off drugs. Give your body a chance to detox.

Different drugs take different periods to leave your system. This detox can also vary depending on whether you are a casual or heavy user. Do a little research to understand how long it will take to get a clean sample.

There are products in the market that claim to be able to speed up this process. There are also synthetic urines that one can use to beat a test. However, drug testing is fairly advanced these days, making it hard to cheat.

If you can stick to a level of consumption that does not interfere with work, that would be best. Do however remember that there is still the risk of random testing.

Where this issue becomes a problem, you may want to consider jobs where drug testing is not done.