Someone with a felony may feel discouraged regarding their future. It can feel as if your record is right on your forehead.

It is important to remember that your felony does not define you. There are plenty of jobs for those who have a felony. Do not become discouraged- rather, explore opportunities.

When exploring jobs, the military may come to mind. You may be wondering- Does the army accept felons? 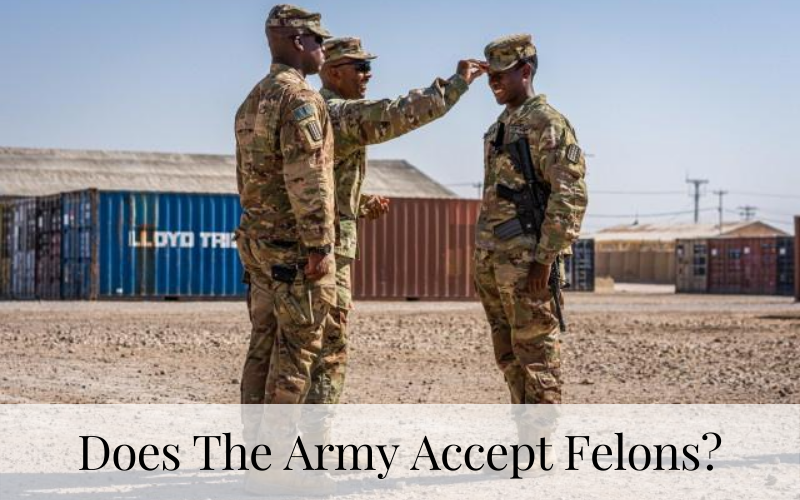 The Army approves the highest amount of moral waivers. Coast Guard and The Air Force approve the least amount of waivers.

The military may not interest you- there are plenty of other jobs. I encourage you to check out https://jobsforfelonsnow.com, for more information.

What Is A Moral Waiver?

The Army has strict moral requirements for recruits. A moral waiver is action taken by the United States armed forces. It starts with a military recruiter.

The recruiter must accept or deny a recruit. A recruit who has one or more disqualifying situations.

These waivers are for those with a criminal history. Waivers are not automatic. A recruit must have good potential to serve even with a record.

Only a military recruiter can grant a moral waiver request. Waivers for those with a felony have increased among recruits in the past years. More on this later!

A moral waiver depends on numerous factors. This is on a case-by-case basis. It comes down to the amount of candidates needed.

Offenses That May Receive A Moral Waiver 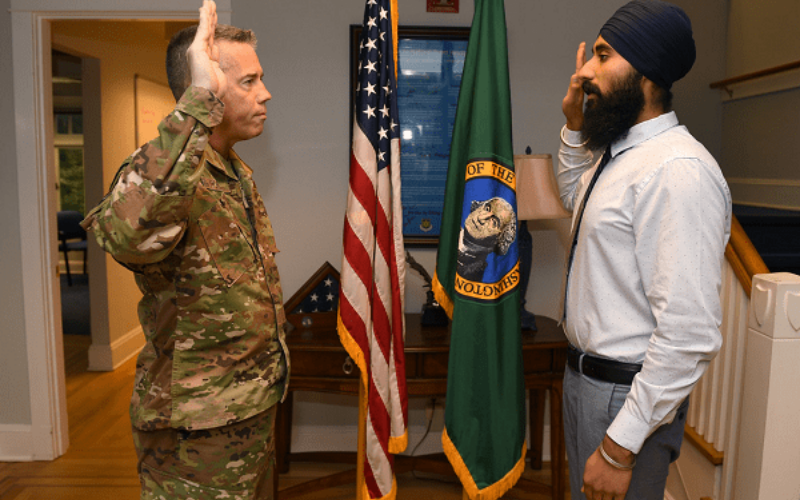 Moral waivers are not an automatic grant. It is good to know what offenses can receive a moral waiver.

A low number of offenses can help. In addition, the less severe the crime. This makes offenses more likely to receive a moral waiver.

If a waiver does not gain approval there is no way to appeal. This is because a moral waiver is already an appeal.

Examples of offenses that are likely to receive a moral waiver-

You may not need a waiver for single instances of traffic offenses.

A combination of minor offenses result in the need for a waiver.  Six or more minor traffic offenses, with fines exceeding at least $100 per offense, will require a waiver. For instance, numerous unpaid traffic fines will require a moral waiver.

These offenses are more likely to be waived due to the fact the crimes are not often severe.

An example is the alteration of a license or piece of identification.

Three convictions of this offense will require a moral waiver.

These offenses are more likely to be waived. This is because they are less severe.

Two or more convictions for DWI/DUI:

A felony conviction will require a waiver. 12 months from the date of the conviction must pass to receive a waiver. It is up to the Army as to what it deems as a felony.

Obtaining three or more convictions for driving under the influence within a five-year span, will result in denial of acceptance.

Misconduct offenses are less severe than other felonies.

A few types of offenses are aggravated assault, fighting or battery.

If you have four or more misconduct offenses, a waiver will not be issued.

Offenses That Cannot Be Waiver

Drug use or possession during the enlistment process will not be waived. Pending charges against you at the time of recruitment cannot be waived.

More Waivers Are Currently Being Issued

The Army has the reputation of approving the most moral waivers. The amount of moral waivers has increased over the years.

A waiver requires the army to make an exception for your situation. First step is to find a recruiter. A military recruiter can take action.

In the end, it is the recruiter’s decision if the process will begin. To have a moral waiver processed is not a promise. They may not waste time on a submission if they do not see it as worthy.

Exemplary candidates can have an effect on waiver approval. In addition, the amount of candidates needed in general plays a role.

Another factor is how attractive your application is. It is important to put your best foot forward. Showing that you have adjusted to life after prison can increase your chance of receiving a moral waiver.

Moral waivers are more common currently. This is due to the smaller amount of volunteers. This is beneficial to felons.

In conclusion, the army does accept felons. A moral waiver is a requirement for anyone with a record to apply to the military.

There are offenses that will not gain a waiver. There are many though that will! If a waiver does not receive approval there is not process to appeal. This is because the waiver is basically an appeal.

A moral waiver is not promised but can be very beneficial. In the end, it is the recruiter’s decision if the process will begin.

There are many success stories of felons who thrived in the military. Be sure to put your best foot forward if you are applying to the army.

For more information- check out  https://jobsforfelonsnow.com/.