Whether it’s for a simple traffic violation or something more complicated, like a felony, anyone who has had to deal with the court system knows that it can be a lengthy process.

Any court case can produce desirable or undesirable results – but when you’re convicted of a felony, you can expect the implications to last for quite some time. Dealing with a felony case can be quite a timely process, but it’s a process you don’t want to rush or you’ll risk being stuck with the implications for the rest of your life.

One of the best things you can do is to get yourself the best possible legal representation. There are all kinds of inexpensive public defenders out there, but if you’re financially able to, consider paying for a better lawyer.

If you have a reasonable legal representative, they should prepare you for your trial. Going through a trial can cause a lot of stress and anxiety because there is so much uncertainty in the outcome. You truly do not know what to expect, and in many cases, you have no control over the outcome. The crime (or the alleged crime, for that matter) has already been committed.

Continue reading on about what happens both before and during a felony case trial. We will tell you everything you need to know about dealing with a felony case – and how long it lasts.

What is a Felony?

First off, let’s discuss what exactly a felony is. A felony is defined as any type of offense that is punishable by death or imprisonment greater than one year. Unlike misdemeanor cases, felony cases are handled differently by the court system.

These tend to have more complicated legal proceedings, often with a formal trial that includes a judge and jury. There are all kinds of felony crimes that can be committed, from something as serious as murder or as simple as possession of a drug.

What Occurs in a Felony Case?

Read on to learn about the felony case process step-by-step. This can vary depending on the felony, but usually, a similar timeline is followed from start to finish for all kinds of felonies.

Before proceeding to the court process, an investigation must be carried out into the nature and specifics of the crime. This can be carried out by a variety of agencies at the local, state, and federal level.

At this stage, many suspects will decide to take their case into their own hands. They falsely assume the police will let them go if they tell them their story. Be careful about doing this, as it can sometimes come back to haunt you.

Once the investigation has ended, your local law enforcement agency will make a decision as to whether the case will be sent to the prosecutor.

For this to happen, “probable cause” is usually needed. This might be the accused’s lack of an alibi paired with a motivation to commit the crime, as well as a witness to the crime. There must be probable cause for the prosecutor to accept the case. The prosecutor then reviews the case and then proceeds to file a complaint with the court for a probable cause affidavit.

A warrant is then issued for the arrest of the defendant, which is typical for felonies. A defendant can turn themselves in if they are alerted of the issued warrant before police arrest them. Turning yourself in can be used in your benefit in court, possibly leading to a lessened bond. It shows that you recognize the seriousness of your actions and you aren’t interested in shirking the punishment or responsibility for the crime.

However, you may not always get advanced notice. If you are arrested, the best thing you can do to improve your outcomes is to go peacefully and politely. This can be difficult, as being arrested is not an easy circumstance to find yourself in, and you may be experiencing a wide array of unpleasant emotions.

Depending on the charge(s), a bond will be set alongside the warrant. There is a possibility the defendant can bond out and be immediately released from jail until their next hearing.Usually, this depends on how much the bond is for and the seriousness of the crime.

For very serious crimes, it is often not possible for the accused to be released from jail. This is done for the safety of the public – plus, somebody facing life in jail as a punishment for committing a serious crime is often viewed as a flight risk.

Next, an arraignment is arranged for the felony case. A defendant is given the choice to an arraignment within the 24 hours of arrest. Allegations and rights are read to the defendant by the judge.

During the arraignment, a bond is a highly important topic, as many defendants will still be in custody. The judge will be mainly concerned about whether the defendant is responsible enough to attend future hearings and if they are a risk for the public.

At this stage of the process, the case is in magistrate court, in which the judge must send it to district court. Substantial evidence is required to prove the defendant is guilty before the case can be transferred.

The grand jury is sometimes used in a felony case to discover the same evidentiary support as the magistrate judge. Whether or not a grand jury is used is left up to the prosecutor’s decision.

Remember, a hearing isn’t necessary for a felony case. Cases can be sent straight to the district court with no preliminary hearing by waiving of the defendant.

At the district court arraignment, the defendant presents information related to their charges.

It is at this point in the process that the defendant gets the opportunity for plea entry. There are three options to choose from: guilty, not guilty, or request for a continuance. The latter plea is not common and is generally done on the request of a lawyer who feels it is the best possible option for the defendant.

Depending on what the defendant chooses, the court can plan for sentencing, a pretrial and jury trial, or set the felony case for entry of the plea.

Step 6: The Period Between Entry of Plea and Pretrial

In a situation when the defendant decides to plead not guilty, the period between the plea entry and the pretrial conference is used to thoroughly examine the evidence. Complete disclosure of evidence in the state’s possession has to be done as soon as possible.

This time also needs to be used by the defendant and their attorney to have theorized the case and any arguments to go against the prosecutor.

This is when the judge decides whether each party is ready to enter the trial. The judge will ensure that attorneys on each side have been compliant and that the disclosures are done by a certain deadline.

At this time, the case may come to a resolution between the defendant and the prosecutor.

If the parties don’t come to a resolution, it will end up going to trial. The prosecution will then have the chance to prove that the defendant is guilty of their charges. The prosecutor’s argument must be proven “beyond a reasonable doubt.”

The defendant can cross-examine any of the witnesses in their case or call their expert witness to the stand. They can also give their evidence into the trial at this time.

A pre-sentence investigation (PSI) is ordered by a judge when the defendant pleads guilty or is found guilty. A PSI will determine if the defendant will be eligible for community supervision. 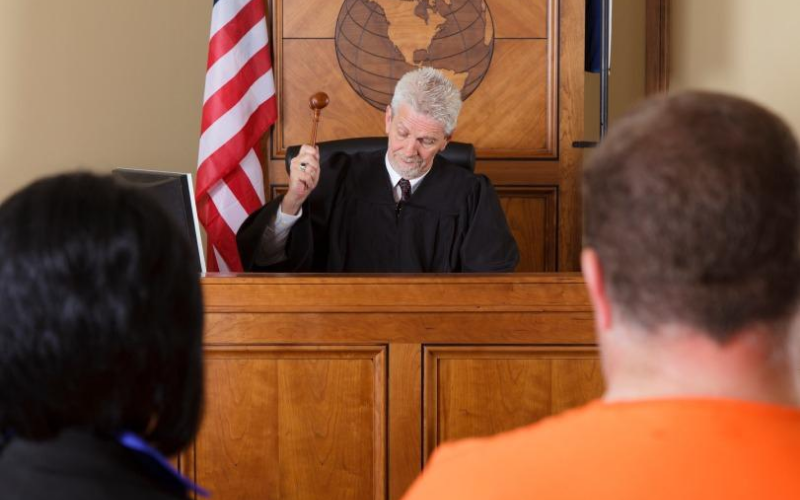 This is the last step in the court case for any and all felony charges.

For felonies, there is a maximum punishment, in which the court is limited to a maximum penalty. There are also mandatory minimum sentences for certain felonies.

With felony charges comes the possibility of penalties. Penalties can include rehabilitation programs, prison sentences, fines, or restitution to the victim(s). The list of potential penalties is long, but usually, it’s tied to the severity of the crime (as well as how you have dealt with the criminal proceedings) and your background.

Penalties can be avoided if the defendant’s record is clean, in which the judge can withhold judgment.

This may seem like a long process, but it truly depends on the case itself and those involved. On average, felony cases can last between three to seven years, based on the state’s statute of limitations.

Free legal consultation is available here for you to consult. Be sure to speak to your legal representative about the process of a felony case for more detailed information. Good luck!