Life after prison is not easy. There are many new challenges to be overcome. These include trying to reconnect with family, finding a job, and decent housing.

Many that are released, do so under the terms of parole or probation. This refers to early release or substitute for a prison term. The felon remains under the supervision of the prison system, but on the outside.

You may also have heard the term abscond. So what does it mean to be absconded from parole or probation?

Before we get to that, however, let us first delve into the problems that felons face when free.

The sad reality is that many people are not very welcoming to felons re-entering society. They are very wary of ex-cons and will rarely lend a helping hand. This includes many employers and landlords.

It is this bad attitude that makes it difficult to find decent jobs. Many felons have had to make do with low paying entry-level positions. They are also often jobs that have odd hours, unconducive to spending quality time with family.

The low pay may also make it harder to help make ends meet at home. Not to mention that many felons are middle-aged and older when released. Having to work under a manager or supervisor many years younger can be embarrassing.

The stress of all these struggles often results in recidivism. More than half of felons end up rearrested within the first couple of years after release. Studies have shown that a lack of good jobs is linked to this problem.

Now we have seen the stresses being convicted of a felony brings. Let’s move on to the differences between parole and probation. 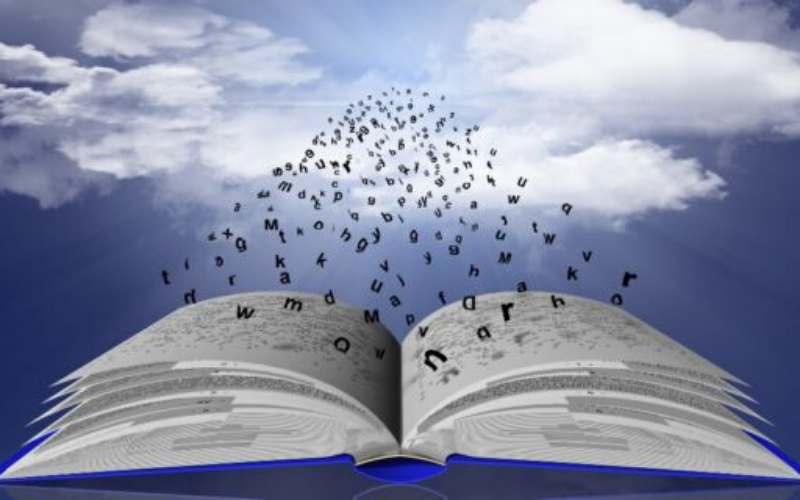 Parole is the early release of a prisoner before they have completed their prison sentence. Though released back into society, the felons remain under the supervision of the prison system. The person appointed to supervise is the parole officer(PO).

Also, the prisoner is required to abide by certain rules of behavior. These are referred to as conditions of parole.

The decision to parole a prisoner lies with the parole board. Parole boards are made up of prison officials appointed by the state governor.

The board meets regularly to review requests from prisoners for parole. If the decision is negative, the prisoner may appeal. Appeals may be sent to the board, the governor, or a higher court.

For federal convictions, there is no parole as with state cases. Prisoners instead earn credits for good behavior such as earning their GED. These can be put towards early release.

Under 18 U.S.C. § 3624(b), prisoners serving sentences more than a year to less than life can earn credits. They can earn up to 54 days for each year of good conduct. The Bureau of Prisons is responsible for deciding if good behavior was achieved and make the reductions.

Judges may also make supervised release a part of sentencing. This means that they can have a prisoner serve a set or infinite period of parole after release. It is the federal parole board that supervises these prisoners when released.

Besides academic feats, a felon must also meet other criteria for release. This includes having adhered to prison rules and deemed not a risk to public safety. The release should also not be seen as an attempt to minimize the gravity of the offense

The U.S. Parole Commission also oversees parole for four distinct groups of prisoners. These are: 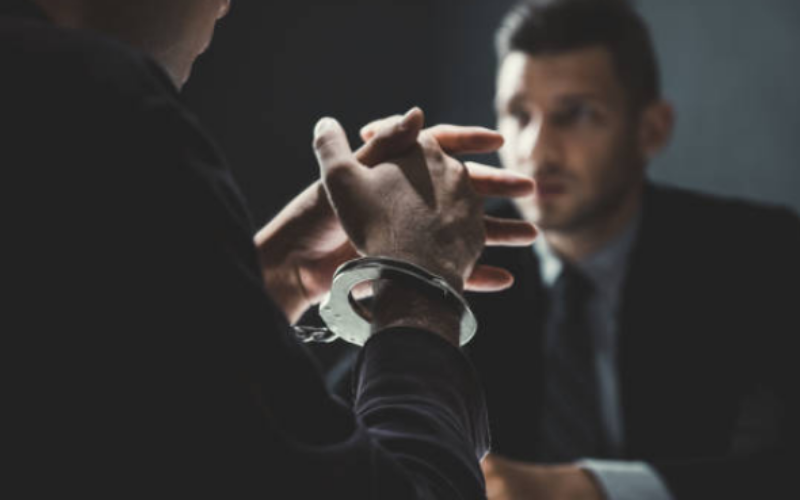 Probation is a penalty given instead of prison time. It begins right from the time of sentencing and can come after serving time in community jail. Though it does not begin with a prison sentence, such may apply if terms are violated.

A probation officer(PO) is appointed by the court to supervise the accused for the probation duration. As this does not typically involve prison time, it is reserved for lesser offenses like misdemeanors. Misdemeanor offenses normally attract penalties with a jail or prison term of less than a year.

Just as with parole, probation sentencing comes with terms laid out by the sentencing judge. Some of the most common terms include:

While probation sentences can vary depending on the state, they usually last 1-3 years. Some offenses may, however, result in even lifelong probationary terms, as with some drug and sex abuse cases.

What It Means to Abscond Parole or Probation

As already mentioned, parole and probation cases are under the supervision of the prison system. They report to designated POs.

They are required to attend scheduled meetings. This gives the POs a chance to check in with their felons. They can check on their progress in getting a job, finding housing and even arrange a random drug test.

When an offender fails to turn up for their meeting and flees the area, this is absconding. When on parole or probation, movement is restricted to a certain jurisdiction. This could be a district or state.

To travel out of the area, a felon must seek permission from their PO or the court. Crossing the boundary suggests the felon is fleeing and therefore violating their parole terms.

This is a serious violation and usually results in revocation of the parole or probation. The offender will be required to complete the remainder of their sentence in jail or prison. In some cases, the prison term may even be extended. 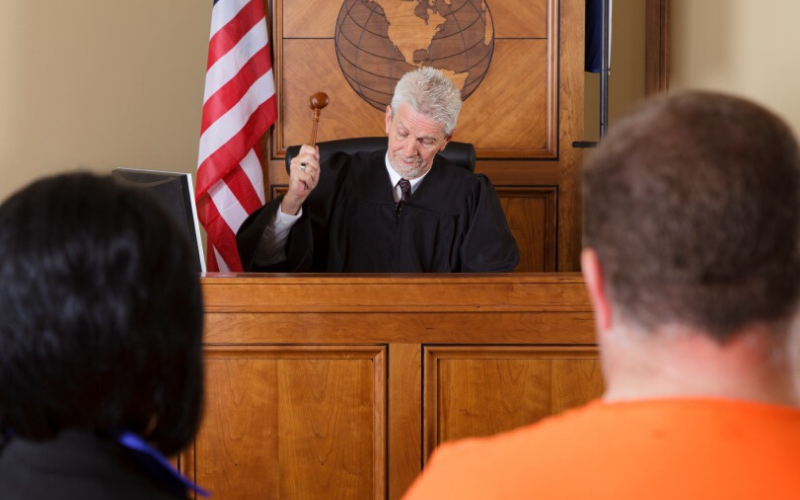 Once there has been a violation of terms such as absconding, the offender is subject to arrest. Once caught, the offender then goes before a judge.

If the judge finds that terms were violated, the offender is subject to certain penalties. The most common being the revocation of parole or probation terms. As mentioned, this means having to serve out the rest of their sentence in jail or prison.

Depending on circumstances, the judge may decide a violation was committed without revocation. A judge may also decide to add terms. This can include attending rehab for violations related to drug and alcohol abuse.

But that’s not all, there is an alternative to going before a judge called structured sanctions. This is where the PO decides on what stricter terms to apply. But the offender would have to admit the violation and waive their right to a court hearing.

Depending on the severity of the violations, a felon may want to consult a lawyer. This is vital if another crime was committed during this period. This kind of violation can lead to revocation, additional jail time, and fines.

It is possible to appeal a violation decision in a higher court.

What Causes Felons to Abscond

Despite the severity of these offenses and the possible outcomes, many felons do opt to abscond. It is not a decision often taken lightly. It is typically an act of desperation.

Societal and family pressures to get back on the straight and narrow do not help either. It is natural for grown men not to want to end up as failures.

This stress can often lead them to commit crimes, especially if it involves a payday. This is part of the reason for high recidivism rates.

With many prisons facing cutbacks, it makes parolees even more likely to remain uneducated. A lack of education and job skills impacts badly on job prospects.

After several rejections of their applications, many end up wanting to start afresh in a new place. However, with parole and probation restrictions, this becomes a problem.

Many take the risk to simply abscond and escape to a place they hope they will never be traced. However, with background checks now becoming the norm, it is much harder to remain under the radar.

Some studies have also shown that the factors of lack of education and drug abuse problems can contribute. Those that abscond have a strong chance of facing one or both these problems. And as you know, a lack of education is highly linked to unemployment and low paying jobs.

For felons in these situations, the grass is greener on the other side. There is a strong pull to start over somewhere else.

As indicated above, education has a key role to play in reducing recidivism and absconding. The better educated a prisoner is, the better chances they have of good jobs when released. Having their academic qualifications and skills upgraded makes them better able to compete in the workplace.

It also opens them up to a wider variety of job prospects. Their chances of securing work at a better wage level is improved. Take up opportunities to add to this both before and after release.

Support from family and friends when released is also vital. Both financial and emotional support is vital for those imprisoned. They can be useful as references or in finding jobs and housing in the community.

Financial support can help tide them over until they get back on their feet. Emotional support can also help counter the adverse attitude ex-cons suffer when rejoining society. Family and friends should help boost morale.

Felons should also take advantage of any counseling and support programs around them. This can be particularly helpful if rejected or isolated from family and friends.

Doing good also helps to make people feel good about themselves. Consider taking up some volunteer work. Not only will it benefit your mental and emotional health, but it can also help boost your resume.

Absconding from parole or probation can be very tempting. It is, however, a bad move that can end up sending you back to jail. Given the dire costs, you will need to develop a thicker skin.

Many felons have faced rejection time and again upon release. Their resolve and commitment, however, allowed them to triumph with time.

This result can be replicated but it means being tougher about the challenges ahead. Focus on ways to improve your profile in society. From studies to charity work you can do much to give back to society and show you have changed.

Knock on enough doors and you will eventually find someone opening up. Not giving up should be a lifestyle.

Remember that you are at the end of repaying your debt to society. Do not allow outside influences to convince to get further indebted.