Being released from prison does not mean you have fully repaid your debt to society. There are some aspects to being a felon that will change how you live your life.

Some rights that non-offenders often take for granted can be stripped, often permanently. Amongst the most concerning is the right to bear arms. Under the 1968 Gun Control Act (GCA), felons are prohibited from possessing firearms or ammunition.

So what happens if a convicted felon is caught with a gun? The repercussions can be severe. Before we however discuss this, let’s define what a felon and firearm are.

A felon is anyone convicted of a crime that attracts a punishment of over one year in prison. These crimes are typically prosecuted in state and federal courts. They result in imprisonment in a state or federal prison.

There are however some crimes that may attract a penalty of over a year in prison but are not felonies. Some state misdemeanors can require as much as a two-year sentence.

Felonies can however vary greatly in severity. There are both violent and non-violent offenses. They can vary from low-level crimes like repeated marijuana possession to more serious murder and assault.

The GCA not only prohibits felons from possessing firearms. It also lists other groups like those with mental illnesses, dishonorably discharged soldiers, and domestic violence offenders.

As to what constitutes a firearm, we turn to the Bureau of Alcohol, Tobacco, Firearms, and Explosives (ATF). It is any weapon designed to or can be modified to expel a projectile via an explosive action. An exception to this are antique firearms whose ammunition and black powder are loaded through the muzzle.

Can A Felon Possess A Firearm? 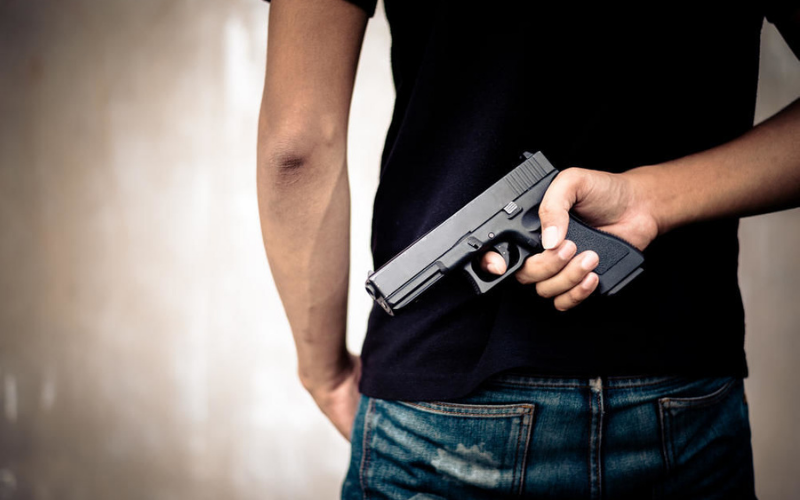 The simple answer to this is no. The GCA is explicit in forbidding felons from possessing firearms. As mentioned, the only exception is antique firearms.

Since most people take up guns for protection, it may be possible to use an antique firearm. Some of these guns are quite intimidating and may deter criminals. However, this only applies to guns that cannot be modified to fire fixed ammo.

Even where it may seem possible through state laws, federal law always wins out.

Federal requires that felon caught with a gun be subjected to a sentence of up to 10 years. This can however be extended to a minimum of 15 years in some cases. This includes if the felon is a repeat violent offender.

There is also the issue of acquisition. To help ensure the GCA is being enforced, the ATF requires licensed gun dealerships to run background checks. This is done through the National Instant Criminal Background Check System (NICS).

Although some gun shows do allow private sales without background checks, many states do require them. This makes it hard for a felon to have a legal means of acquiring a gun or ammo.

Therefore, if you cannot legally buy a gun, it will certainly be illegal to be caught with one.

In some cases, it may not be the felon who owns the gun. Many have spouses that would want to have a gun for protection or hunting.

This is however still very risky. As long as there is a gun in a shared home, a felon may be considered as able to access it.

This is referred to as constructive possession. As an adult in the home, it may be assumed that the felon has access to all parts of the property. They should therefore have knowledge and are liable.

So even keeping the gun in a locked gun safe may not be good enough to keep out of trouble. It is important to discuss this issue with your partner. They will need to consider finding another location to keep their gun or give it up entirely.

Other risky situations can including visiting a gun range or gun dealer. It is important to ensure that there is an absence of guns and ammo anywhere around where you live or frequent. Even alternative weapons like pellet guns may be problematic if state or local laws forbid them. 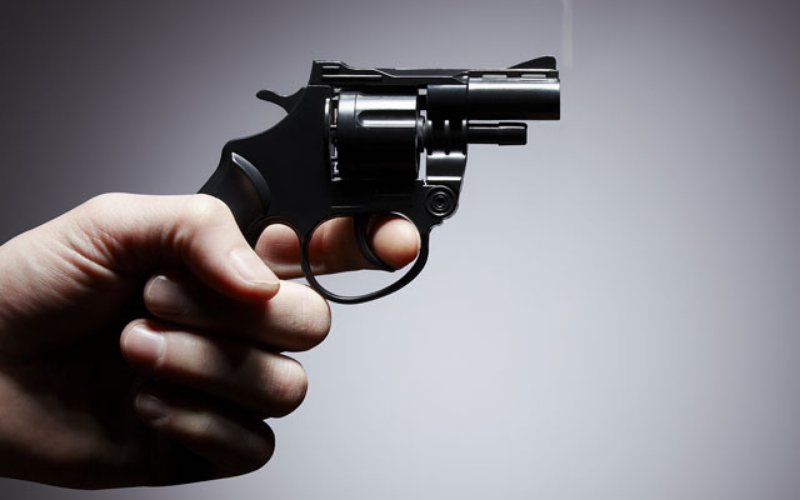 In some states, there are mechanisms to restore gun rights. Some may require just a specific waiting period after completing a sentence. Others may require making an application.

Whatever the process, having gun rights restored by the state does not automatically do so under federal law. The only process that works is acquiring a governor’s pardon.

For instance, in Arizona, state laws allow for regaining rights through the court. Nonviolent offenders may apply after 2 years and violent offenders after 10 years. If, however, caught by federal authorities, even after this restoration, they may still be federally prosecuted.

And this only happens if the crime was prosecuted by the state. Federal felonies would require a pardon from the president. Federal authorities do however recognize pardons from the governor in state cases.

It is advisable to consult with a lawyer that specializes in gun rights to determine your chances. They can tell you what relief you may qualify for and how to apply for it.

It is very hard to have gun rights restored. In many states, you will find just a handful of people receiving pardons each year. And this majorly applies to non-violent offenders.

While you may consider state rights restoration as kosher, there is a risk to it. If federal authorities catch wind, they are still likely to pursue prosecution. And that may mean 10 years or more in prison.

Generally, it is not worth the risk given the severity of the penalty. Rather than be in danger of returning to prison, the better option would be to seek alternatives.

There are many ways you go about protecting your home or even hunting. From installing a surveillance system to using crossbows, you can enjoy a normal life without worrying about arrest.