Living the American dream is the ambition of many foreigners around the world. It is the reason there are so many applications for green cards.

People aspire to achieve success through hard work. They believe once they reach these shores, they can work their way to glamorous lifestyles. Others may simply want to escape a bad life in a poor or war-torn nation.

However, earning this citizenship does not make you immune to being convicted of a crime. The majority of U.S. inmates are born citizens. However, some are naturalized citizens.

This begs the question, can a felony revoke citizenship? With so many civil rights stripped from felons, does it also affect citizenship? 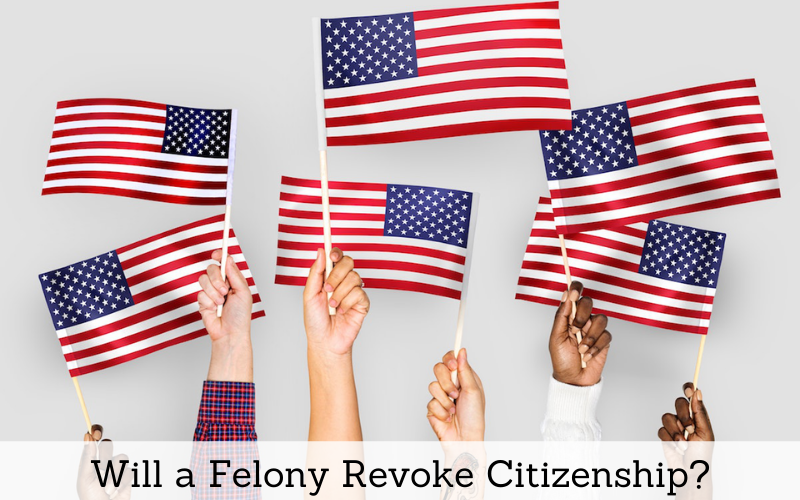 Naturalization is a process through which a foreign-born person can acquire U.S. citizenship. Once successful, they must owe allegiance to the country. They are also entitled to its protections and can exercise the same rights and responsibilities as other citizens.

To attain this citizenship, one must meet the eligibility requirements and go through a 10-step naturalization process. If you have received a green card, this can also be a pathway to becoming naturalized.

Denaturalization is the revocation of this citizenship by the U.S. government. The person then reverts to the immigration status they had before becoming naturalized. This may then lead to deportation.

For any naturalized immigrant, there is often a fear that something could cause them to lose their citizenship. Despite jumping through many hurdles, they can never quite feel as comfortable and secure as someone born in the U.S.

Before we get into what may affect this status, let’s consider why people would want to gain citizenship.

Why Become a U.S. Citizen? 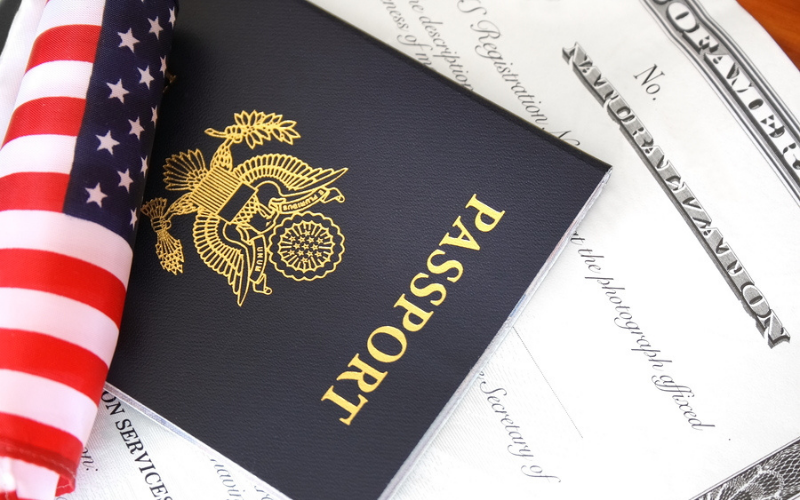 This is not quite a no-brainer. There can be some downsides to pursuing U.S. citizenship. Particularly if you are from amongst the 40 countries that do not allow dual citizenship.

This means if you take up U.S. citizenship, you may have to renounce your previous citizenship. And cutting such ties from the country of your birth is rarely easy.

One of the best benefits is being entitled to one of the most powerful passports in the world. With a U.S. passport, you can travel visa-free to over 180 countries. This is on short stay visits.

Also, you will not need to apply for visas when traveling back to the U.S. Immigration will be able to wave you through faster.

You also become entitled to the same federal benefits programs as other citizens. From education to small business loans and grants, there is plenty of funding made accessible.

The benefits can also easily extend to your family. Your children also become citizens. And you can sponsor relatives to join you and earn their green cards.

Your job opportunities also expand. Having citizenship makes it easier for employers to consider you for longer contracts or permanent employment. You can even run for elected office if interested in politics and apply for federal jobs.

So with all these benefits, you may be wondering if a felony can affect your status.

Does A Felony Revoke Citizenship? 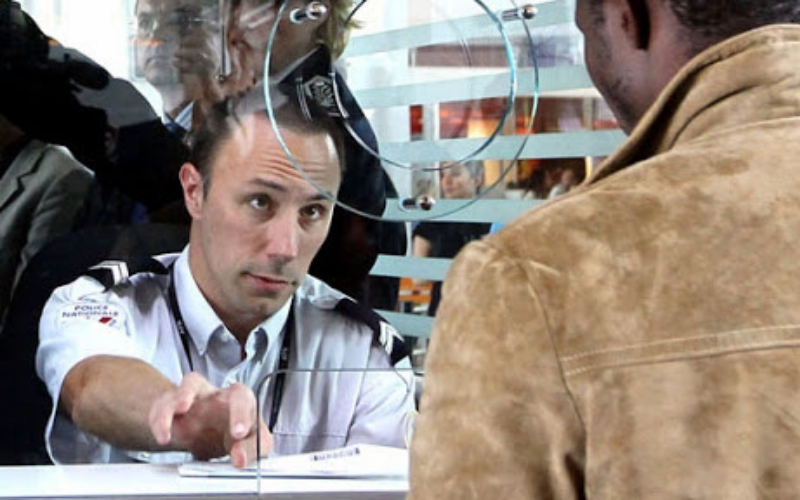 It depends on the type of felony. The law only permits two offenses as grounds for revocation.

The first offense is the illegal procurement of naturalization. This means the person did not meet the eligibility required or naturalization. Or did not comply with the requirements outlined.

This offense indicates there was willful deception or misrepresentation to earn citizenship. For instance, good moral character is a requirement. If the person previously committed crimes that denote bad character and was not revealed, they may be revoked.

One can also be accused of this offense if they later join certain undesirable parties. This includes the communist party and any terrorist organization.

This counts if they do so within 10 years of filing for naturalization. Or if within 5 years of attaining it.

The second offense that may earn revocation is similar to the first. It refers to the attainment of naturalization through concealment of material facts. Or if they willfully misrepresent the facts.

For instance, lying during the interview on facts provided can be considered an offense. Misstating details such as work or academic history is such an offense. As long as the facts were relevant to obtaining citizenship, then it may lead to revocation.

The burden of proof here lies with the government. They must provide clear and unequivocal evidence to prove their claims.

The issue of revocation may be serious enough to affect relations. Children or spouses that earned citizenship through an offending parent may lose their citizenship.

So thankfully, being convicted of a felony is unlikely to affect your citizenship. Unless it relates to you gaining that citizenship.

However, just as with any other natural-born citizen, you are subject to penalties as prescribed in law. This can include incarceration, fines, probation, and more.

Committing a crime anywhere in the world is ill-advised. Depending on the severity of the offense, you could be subjected to all manner of serious punishments.

For immigrants, being incarcerated is often more strenuous. Being locked up in your country of adoption complicates matters. Rights you successfully earned can be stripped as a result of a conviction.

And because many criminals are repeat offenders, we need to consider your history. If you committed crimes before naturalization and failed to divulge, it may be a problem.

Failure to reveal such information may be considered deceit or willful misrepresentation. It can lead to the revocation of your citizenship.

If denaturalization is pursued, you will find yourself in federal court. Never choose to represent yourself. Seek the assistance of a qualified immigration attorney to help navigate this problem.

Also, keep in mind that there are frequent efforts to toughen immigration laws. New laws can make certain offenses a justification for revocation. To avoid such trouble, try to remain law-abiding.