There are many challenges when it comes to finding a decent job. Much of the time there are more job candidates than jobs. That means being in a competitive situation.

If you fall short in even just one area, you are likely to be disqualified. For those with a criminal history, there is much cause for concern.

Because background checks are often a must, they can be a reason to lose a good work opportunity. So what happens when your offense is a DUI? Will a DUI show on a criminal background check? 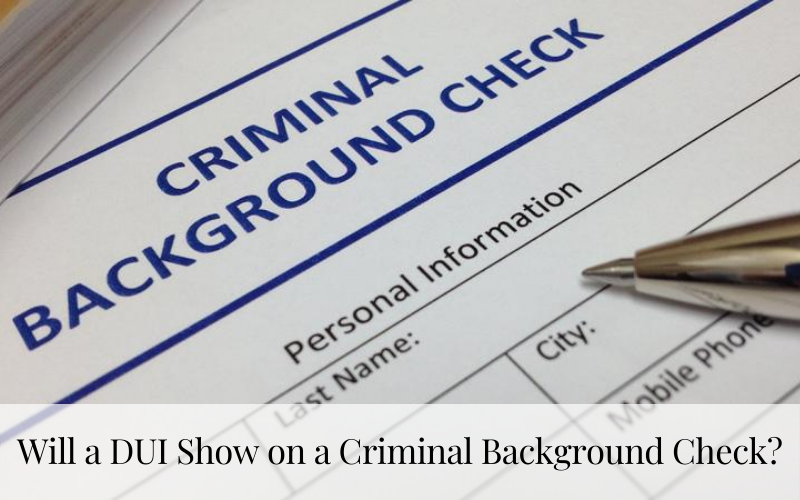 Background checks delve into multiple areas of history. They can look into your work past, academic background, and criminal records.

They are a way for employers to confirm you are who you claim to be. It also gives them extra info you may have tried to hide.

Naturally, DUI charges would be something most people are ashamed of. It is not admirable to confess to having been so reckless. Especially given the many innocent lives that are ruined by this kind of act.

Because of the disregard for human life involved, many employers are not happy to hire such people. It also becomes risky in safety-sensitive work. This refers to jobs whose tasks can affect the safety and health of the employee and others.

An example of safety-sensitive jobs is those in transport. A drunk bus driver risks injuring himself, passengers, and anyone else on the road.

So how possible is it for DUI charges to appear on a background check? Before we answer this let’s look at how DUI charges come about.

How Does DUI Charge Occur 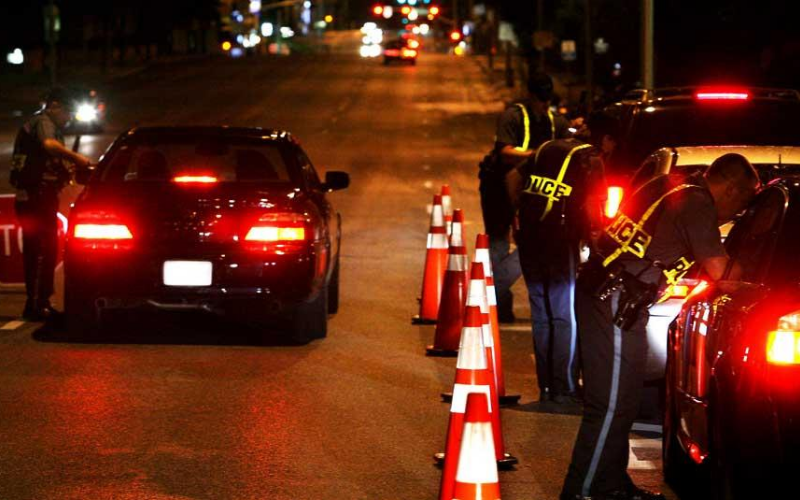 This begins with a police officer stopping someone they feel is behaving suspiciously. This is while operating a vehicle while under the influence of alcohol or drugs.

The behavior may include erratic driving, slurred speech, aggression, and lack of balance. An inability to respond properly to an officer’s questions and follow directions are also signs.

On noting these signs, the officer may then seek to perform field sobriety tests. But this does not legally confirm inebriation.

Testing of the subject’s blood alcohol concentration (BAC) is necessary. This is typically done using a breathalyzer, urine, or blood test. When using BAC, a reading of 0.08 or higher is often considered the limit for most jurisdictions.

At times even a lower BAC reading may still result in DUI charges. This often occurs when there is proof of reckless driving or if there is an accident. Any alcohol reading can result in charges as the subject may be deemed to have impaired judgment.

Note that it is not just alcohol intake that can lead to DUI charges. Taking drugs that are illicit, prescription, or over the counter can still result in this. Especially if you do go on to drive a vehicle and are impaired.

Police officers will usually take offenders to jail. They remain here until they are no longer inebriated. Or until they can post bond.

The rules governing the release of DUI offenders can often vary depending on the jurisdiction.

Felonies are the more serious crimes that attract a punishment of over a year in prison. Misdemeanors are less severe and the penalties typically do not go beyond a year in jail.

Traffic infractions are not often serious and will normally only attract a fine. DUI offenses are however considered more serious and will either be felonies or misdemeanors. This means they will not likely be handled in traffic court.

Most first time offenses tend to be prosecuted as misdemeanors. This is unless there has been an accident and someone was injured or killed. In these more serious cases, it may attract felony charges.

In some jurisdictions, an extremely high BAC reading may result in felony charges. This can happen with first-time offenders, especially where there have many DUI cases. Such charges may be used as an attempt to deter others from doing the same.

Repeat offending or being caught while on a suspended license can also boost the risk of felony charges. Most states will upgrade to felony charges for those arrested more than three times for DUI offenses.

Consequences of A DUI Conviction 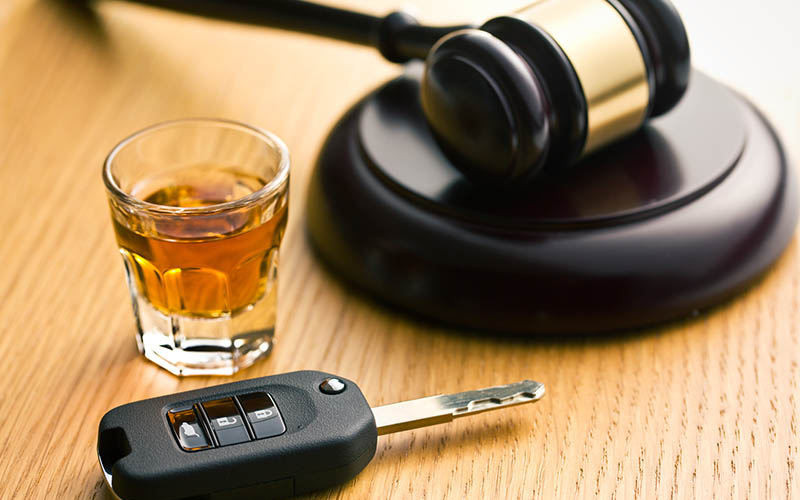 There are different kinds of penalties one can suffer when prosecuted for DUI offenses. The punishment will often depend on whether you are a first time or repeat offender. Your level of BAC reading may also be factored in.

Any injury to other people or property will also influence the outcome. This primarily due to the possibility of a misdemeanor being upgraded to a felony.

Fines are a common penalty. The amount can vary and will often be recovered entirely or partly from the bond posted for bail. If the fine is high, a person may be put on a payment plan.

Many first time offenders are required to attend an alcohol education program. This is paid for by the offender. You may also be required to complete substance use disorder treatment. This can often be required after an evaluation by a mental health provider.

As said, repeat offenders are taken more seriously. Being convicted as a felony almost guarantees some incarceration.

The same applies if someone was injured or killed. Misdemeanor convictions may or may not attract jail time. 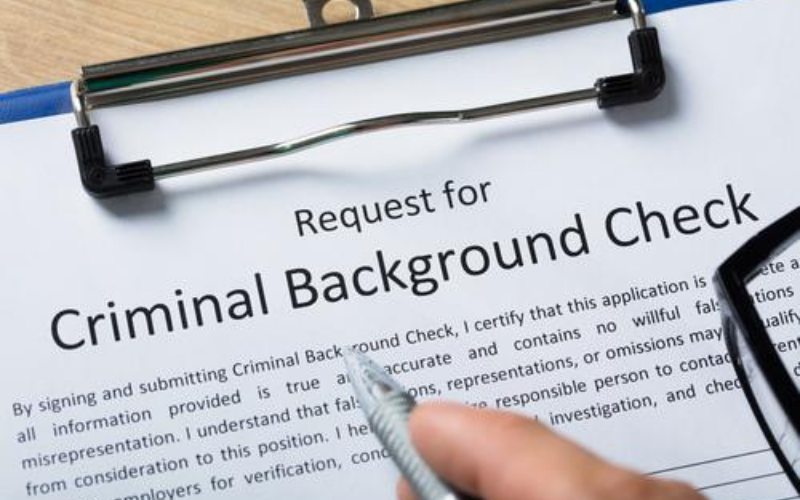 As mentioned, DUI charges can be prosecuted as misdemeanors or felonies. As such, they will appear on criminal background checks in either case.

This thus introduces another consequence. Difficulty in finding employment.

Since background checks are often mandatory, even in low-level jobs, your DUI charges will be discovered. Know that jobs that involve driving may be more difficult to secure with these charges.

Though employers are obligated to be non-discriminatory, it would be difficult to prove you were the best candidate.

It is therefore advisable to take matters into your own hands. Being forthcoming about your history of DUIs may help. Accept responsibility and explain what meaningful changes you have made in your life since.

Divulging the truth early on can help make a good impression. This can encourage the employer to choose you. As they will already know what to expect from the background check.

Even though DUIs are thought of as traffic offenses, they are typically either misdemeanor or felony charges. This means they are certain to be discovered during criminal background checks.

But this does not mean the end of the world. These offenses are quite commonplace and many people are willing to give second chances. Reforming and avoiding repeat offending are good ways to prove you have learned from your mistakes.

It can boost your chances of employment to apply for jobs that do not involve driving. Pursue further professional or vocational training and engage in social work to help boost your resume.

While you can continue to enjoy social drinking, do try to set limits. Or ensure you have a designated driver or cab you can call on to get your home. Do not put others or yourself in harm’s way just because you are having fun.