A criminal past can have far reaching effects. If the crime results in legal prosecution, you then acquire a criminal record. This can be hard to shake and compromise future ambitions.

When you become a felon it is harder to achieve even basic goals. From trying to find reasonable paying jobs to decent housing, life becomes more complicated. In some instances, it can also affect the ability to pursue higher education.

Will a juvenile felony show up on a background check? This is a question that needs answering for those that made poor decisions in their youth. 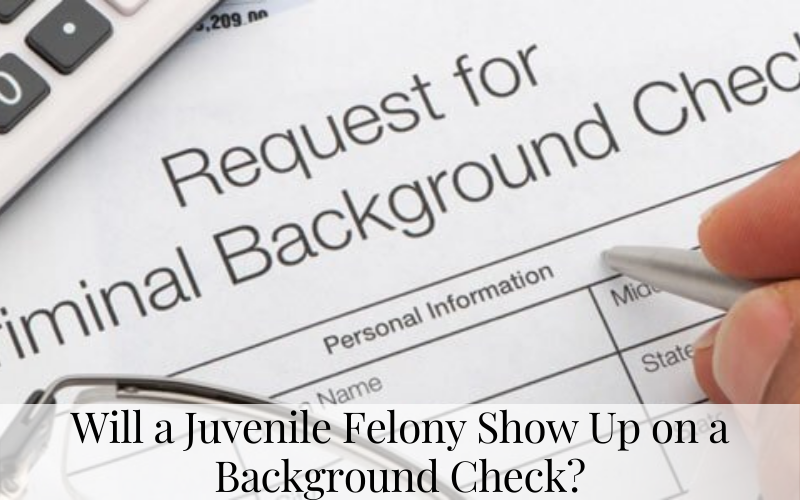 Some people wrongly believe that because an offender is underage they can get away with anything. The reality is that many victims and law enforcement are not so forgiving.

According to the U.S. Department of Justice, over 700,000 juvenile arrests were made in 2018. The rate of recidivism amongst this demographic is also quite high. An estimated 76% are rearrested within three years.

The types of crimes youths are arrested for can vary greatly. They can be as minor as loitering or serious as murder. Even when considering crimes at this age, there is a difference between felonies and misdemeanors.

No matter the cause of committing a crime, juvenile cases can often have a sour impact well into adulthood. In addition to affecting job prospects and housing, it can even make it harder to join certain professions.

Here we will seek to define what juvenile records are and their effect on background checks.

What is a Juvenile Record?

Any criminal record that you get when underage is a juvenile record. What however constitutes underage will depend on the state.

Most states will only consider a person an adult when they have attained 18 years of age. A few however consider adulthood to begin at 16 or 17 years. Others, like Wyoming, are more generous with a limit of 19 years.

When it comes to crime, these rules are not set in stone. In recent decades, some states have made attempts to reign in juvenile crime. Particularly where there has been an uptick in violent juvenile crimes with public outcry.

This ‘get tough’ approach has meant many juveniles charged with violent crimes have been tried as adults. Many states allow prosecutors to try juveniles as young as 13 years as adults in certain cases. Generally, the more violent the offense, the more likely an offender will be tried as an adult.

Most violent offenses fall under the category of felonies. And many young people prosecuted for these offenses end their incarceration in adult prisons.

These checks can delve deeper into other areas such as credit worthiness and education history on a resume.

Employers and landlords are often the ones that carry out these checks. For employers, it is important to hire someone that is of good moral character. This makes them trustworthy and unlikely to damage the business reputation.

Those with criminal records are considered to be the opposite. This makes employers less inclined to hire.

Landlords also perform these checks to weed out potentially problematic tenants. Those with violent or sex offenses on their record could be considered a danger to other tenants. And, those with bad credit may end up defaulting on rent payment.

Many felons complete their sentences, becoming law-abiding, and contributing members of society. Unfortunately, many employers and landlords will discriminate against them if the background check fails.

So similarly to adults with misdemeanor and felony convictions, there is a concern if juvenile records count. It can have a huge impact in finding employment or housing. It may favor anyone else applying for the same job or house, and does not have a record.

When applying for a job, it is advisable to focus on careers and employers that are less biased. What ultimately matters is being able to find gainful employment. 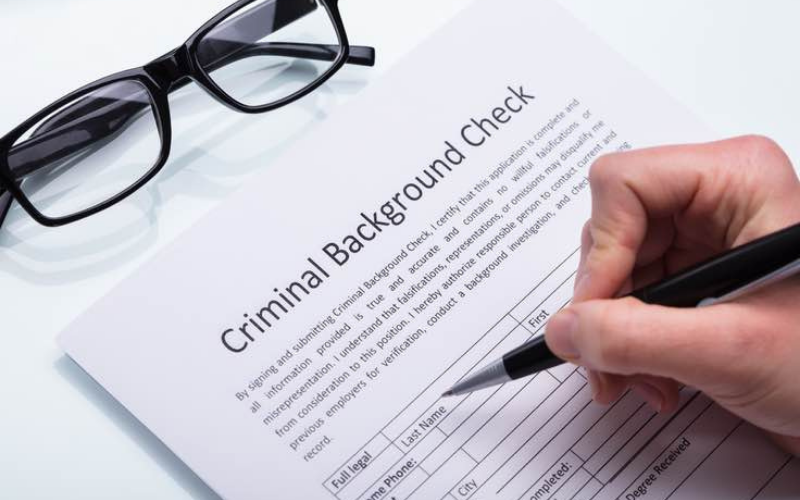 It is however more complicated if they have not completed their sentence. If the sentence continues past the age of majority, they may end up being transferred to adult prison.

There is also the issue of time that has elapsed since the conviction. Some states expunge or seal records that are more than seven or ten years old. That means if you do not re-offend you may not have to worry about divulging a criminal past.

Different states have different laws concerning the issue of juvenile records. So it is advisable to seek legal counsel. Alternatively, you can run your own background check to find out what employers will discover.

This is a good preemptive strategy as it lets you know if you need to take action. And the earlier you do so the better. You may have enough lead time to remedy the situation is your records do appear.

Even where your records may end up sealed or expunged, this may not be for everyone. If applying for a federal job, there is often a more thorough vetting that may unearth these records.

In some states, certain offenses also do not seem to go away. Violent offenses and those with a sexual component tend to remain on record.

As said, the results of a background check will depend on state law. The first step in trying to resolve this should be to run your own background check. Use a reputable provider that many employers use to get a clear idea of what to expect.

The next step should be to consult a reputable lawyer. They can advise you on state law and what remedies you can apply for.

Many courts are willing to provide expungement or sealing of juvenile records. This is more easily achieved when you have not re-offended.

There is a general feeling that people should not suffer indefinitely for the mistakes of their youth. If you have re-offended, it may be harder but not impossible.

The seriousness of the offense is also taken into consideration. As mentioned, felony offenses that involve violence and sexual assault are more serious. However, even this impact will vary from state to state.

In most states that allow for these expungements, at least five years should have elapsed since the conviction.

During this time, it is best if you have kept out of trouble. Any other convictions or pending charges can sink your hopes of getting an expungement.

Keep in mind that those offenses that were tried as an adult are more critically examined. They will not be classed as juvenile offenses. They will be considered the same way adult offenses are weighed, even if you were underage at the time.

The courts tend to take a more lenient view when it comes to clearing juvenile records. Many understand that young people are prone to poor judgment and will make mistakes.

Completing your sentence and maintaining a clean record can help make the case for expungement. More so if the offense you were convicted of was non-violent.

When it comes to employment, a juvenile record is not always a deal-breaker. Many employers understand the follies of youth and are unlikely to consider you unworthy.

If your juvenile offense is on your background check, the best option would be to admit it. Be open about what happened and emphasize on the better person you have become since.

Once you qualify for expungement you can then pursue this application to clear your records.

In the meantime, make every effort to remain on the right side of the law. Further your education, take up volunteering, and try to find steady employment.

Chances are if you are still worried about a juvenile record you are still relatively young. You have time to climb up the career ladder. Focus on building a life that will overshadow the errors of your past.